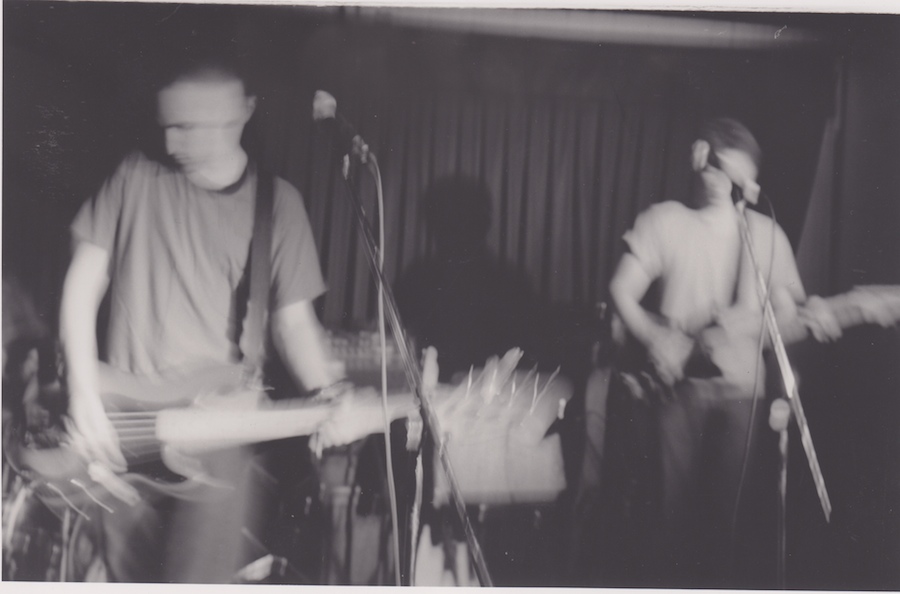 Now that Numero Group’s extensive Codeine reissue campaign has finally kicked in and the band’s reunion tour is set to start this weekend, we thought we’d ask another artist to interview the sorely overlooked slowcore pioneers, putting their lingering influence into perspective far better than any critical think piece could. James Plotkin–best known for his work with Khanate, Phantomsmasher, OLD and Jodis, not to mention remix/mastering work for such heavy but heady artists as ISIS, Nadja, Earth and Sunn O)))–gladly answered the call, filing this introductory paragraph:

A truly great band is a sum of its parts. The individual dissolves into a pool of shared thoughts, ideas, and sounds…and subsequently, if the listener can dissolve into the same pool and reemerge a changed person, then greatness has been achieved. Codeine was a band that made this process effortless for their audience. As a fan, I’ve experienced these effects from their work countless times. The music entering through the ears, working its way through the brain, and intimately piercing the soul, time is suspended as these thoughts, memories, and emotions collide inside my head and pave the way for a much deeper, more painful and cathartic introspection. Surely I’m not the only one to have been so heavily affected by the lumbered grace of songs like “Smoking Room” or the heart-wrenching and all-encompassing beauty of “Realize.” At a time when the music I listened to was anything but subtle or restrained, Codeine managed to infiltrate my world through subtlety and restraint, and I emerged a changed person.

James Plotkin: What are your thoughts about the current phenomenon of band reformations and reunion tours? And what does the renewed interest in Codeine mean to you personally? Does it bother you that the majority of forward-thinking bands will only get the respect they deserve long after they’ve broken up?
I have no idea why band reunions are or seem so prevalent now–not just in indie rock, but also in metal. There’s always been band reunions, and you can’t blame musicians; they’re trained to do things for money, if not for need as well.

I never felt like Codeine didn’t get our due. We’d played one show before Glitterhouse gave us money to do Frigid Stars, Sub Pop signed up to put out Frigid Stars in the US before we’d played even 10 shows. And we did well enough that it covered our living expenses for the last one and a half years of being a band, and we really didn’t tour very much.

While a lot of Codeine’s audience would consider your music sad or depressing, I think of it as more of cleansing or purging experience. What kind of release, if any, did you achieve from your own music?
Codeine was something I had to do, so for me it wasn’t a release or a means to anything other than itself. It did have some great by-products; talking with [guitarist] John [Engle] all the time about the band was one of them. But I just had to do it, for reasons I still don’t know.

Playing the songs live was an invocation of the states in which songs were written, and it still feels that way to me now. Even more than playing an instrument, singing holds incredible emotional weight for me. Which is true for me not just in singing the Codeine songs, but also in listening to vocal music in general.

What’s your opinion of “slowcore,” a genre tag Codeine has inadvertently been tied to?
It’s a funny label, and didn’t really have much effect on us back then, as there really wasn’t such a genre. We’d joked about a NY x SC initials logo for Codeine: New York Slow Core, instead of NY Hardcore, with a little outline of a turtle. But if there is such a thing, other bands surely have done it more and better than we ever did or could, whatever that ‘it’ is.

What was the compositional process like for the majority of the band’s career? Was there any creative tension due to conflicting ideas, or did everyone have the same goals regarding style and content? Did perfectionism play any part in the bands writing process or was it a more relaxed affair?
There was nothing democratic about it. Codeine was created by sheer force of will, with all of the songs written on 4-track cassette. (First on John’s Fostex X-15 and then on mine.) Actualizing it, including playing it, was something that happened because of John, [drummer] Chris [Brokaw], and Mike McMackin, as well as the intense support and encouragement we got from both Sooyoung Park (Bitch Magnet, Seam) and David Grubbs (Squirelbait, Bastro, Gastr del Sol, etc.). And [drummer] Doug Scharin, who further increased our strength and slowness. He was so good for Codeine, and pushed the band hard.

John had a critical role in general quality control for the band–I had a lot of dumb ideas and poor judgement–and as music director. He figured out whatever guitar it was I had played on the demos, because it would go out of my head as soon as it was on cassette. I always thought it was funny that the band’s songs were written on guitar by the person who was the worst guitar player and the person with seemingly the least-talented ear and knowledge of chords. (Compared to both Chris and John.)

Among the many things I’m enjoying about the reissues and preparing for shows is how much roles within the band have changed. I feel much more like the bass player and singer, and not a bandleader. John’s doing a lot of the work with Numero on the reissues, and Chris Brokaw is booking and running the tour. Also this is great for me and Codeine more generally; I wasn’t always a very good bandleader.

Is there anything you set out to do in Codeine that remains undone? Were there any expectations you had in the beginning that seem unrealistic today, or did Codeine exist solely for the band’s own enjoyment? Do you think the ease of DIY in music production these days has helped or hurt music in general?
I think I was incredibly naive about pretty much everything. Pavement vowed they would be bigger than the Pixies; I never wanted to be bigger than we were, or felt that we deserved more. I’m not sure we did deserve more. But I am sad we didn’t get to record any of our songs with Greg Sage (The Wipers) at his studio in Tempe. The plan was to go there after we played the west coast in 1994 after The White Birch came out. He and I had talked, and I was really excited about it. But then we came back from Europe and I felt so sad and upset about the band’s end. And there weren’t new songs that we wanted to do. I’m not sure what magic I was hoping would happen there, just hoping for a different outcome instead of how difficult the band felt to me then. You probably know: it’s possible to put in a lot of time thinking about your band and nothing happens.

Codeine began at a time when people actually had to leave their homes to discover new music and entertainment. I remember buying the Frigid Stars LP solely based on the bands name and album art, since record shops in the USA rarely had listening stations or open-package albums to preview at the time. What’s your opinion on the current state of the music business? Do you feel any nostalgia for the days of record hunting or are you more in tune with the ease in which new music can be explored in the modern internet age?
Without the Internet and file sharing, it’s incredibly unlikely that I would have ever hear the voice of Akiko Wada, the Japanese soul singer/entertainer who stole my heart almost four years ago. In 2008, the blog Garage Hangover posted her second single. And now I listen to her all the time, and her power, vulnerability and soul mean so much to me. Thank you Garage Hangover!

But I’d feel sad if I never got to dig through the crates and look at full-sized album artwork and try to imagine what’s inside. The entire feel of having and listening to a vinyl LP is different than 0s and 1s or CDs. I’m glad that’s an experience that’s works for almost everyone, even if you grew up mostly without a turntable. John and I worked hard on the record covers, and the Numero reissues look and feel incredible.

Is there any truth to the rumor that Frigid Stars was, in it’s entirety, about the dissolution of a romantic relationship?
Who told you that!? This is the third time someone has asked me that question in the last two months. I can tell you it’s not. There’s something to it, but it’s not _entirely about that. What I can say is that lots of things felt impossible to me back then even when they weren’t. I felt like I wanted so much but didn’t even know what it was I wanted, let alone needed.

Which song on When I See the Sun is the most personal to you and why?
A song I’m enjoying again is “Kitchen,” which I wrote just before the start of Codeine and is coming out as part of the Frigid Stars reissue. It’s not the best song I ever wrote, but I like it as a statement of intent as a song-maker: the small of lived life seemed a more fitting subject than epic imaginings or grandiosity. Our lives are mundane–in the most generic sense of the word–and painful in small ways, not gigantic, important, or particularly meaningful to anyone else.