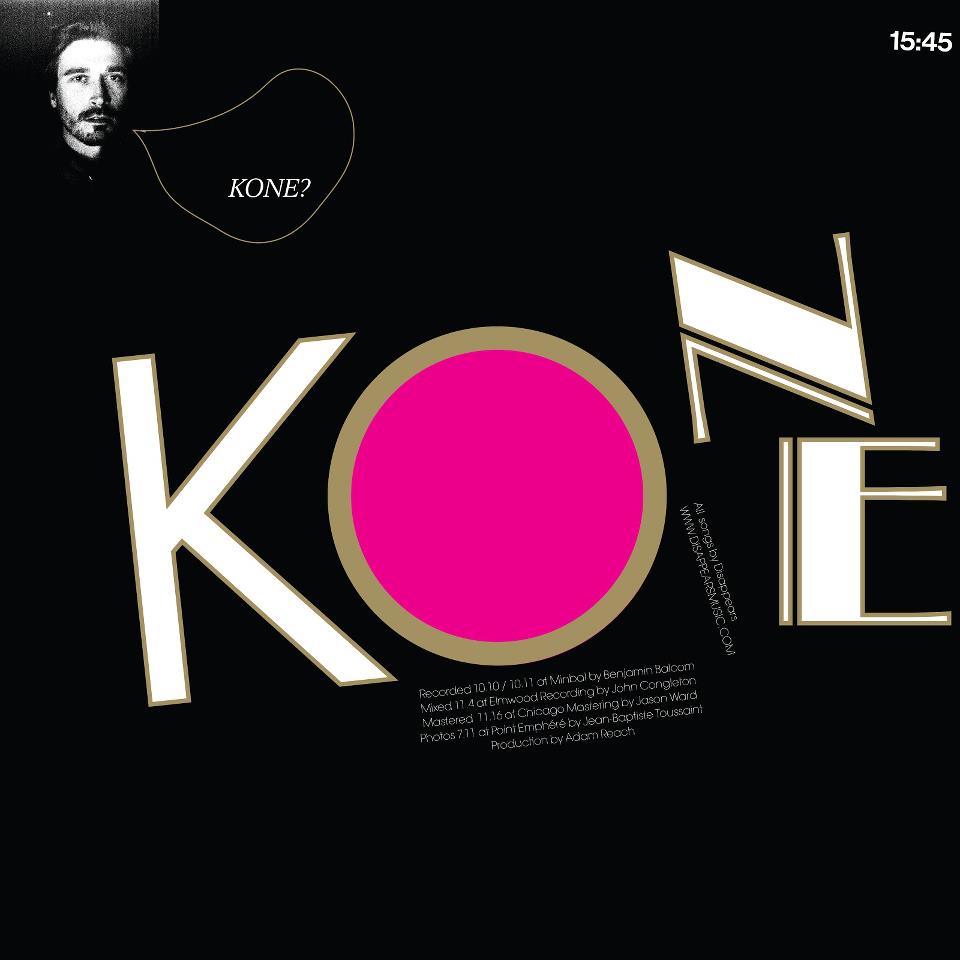 As Disappears get ready to release their next Kranky record this fall, the Ponys/90 Day Men-related project has revealed two other new releases: an arty collaboration with Belgian photographer Stine Sampers (available now via Sleeperhold Publications) and a self-released 12” that drops later this month. Described as “pretty abstract and experimental,” Kone features two versions of the title track (including an edit that ends in a locked groove) and another new song called “Kontakt.” Both of which feature the band’s new drummer, Noah Leger, who recently replaced Steve Shelley of Sonic Youth.

Pre-order your copy here, and check out our exclusive premiere of the “Kone” video below, along with some upcoming tour dates and a special graphic design feature we ran with frontman Brian Case last year…