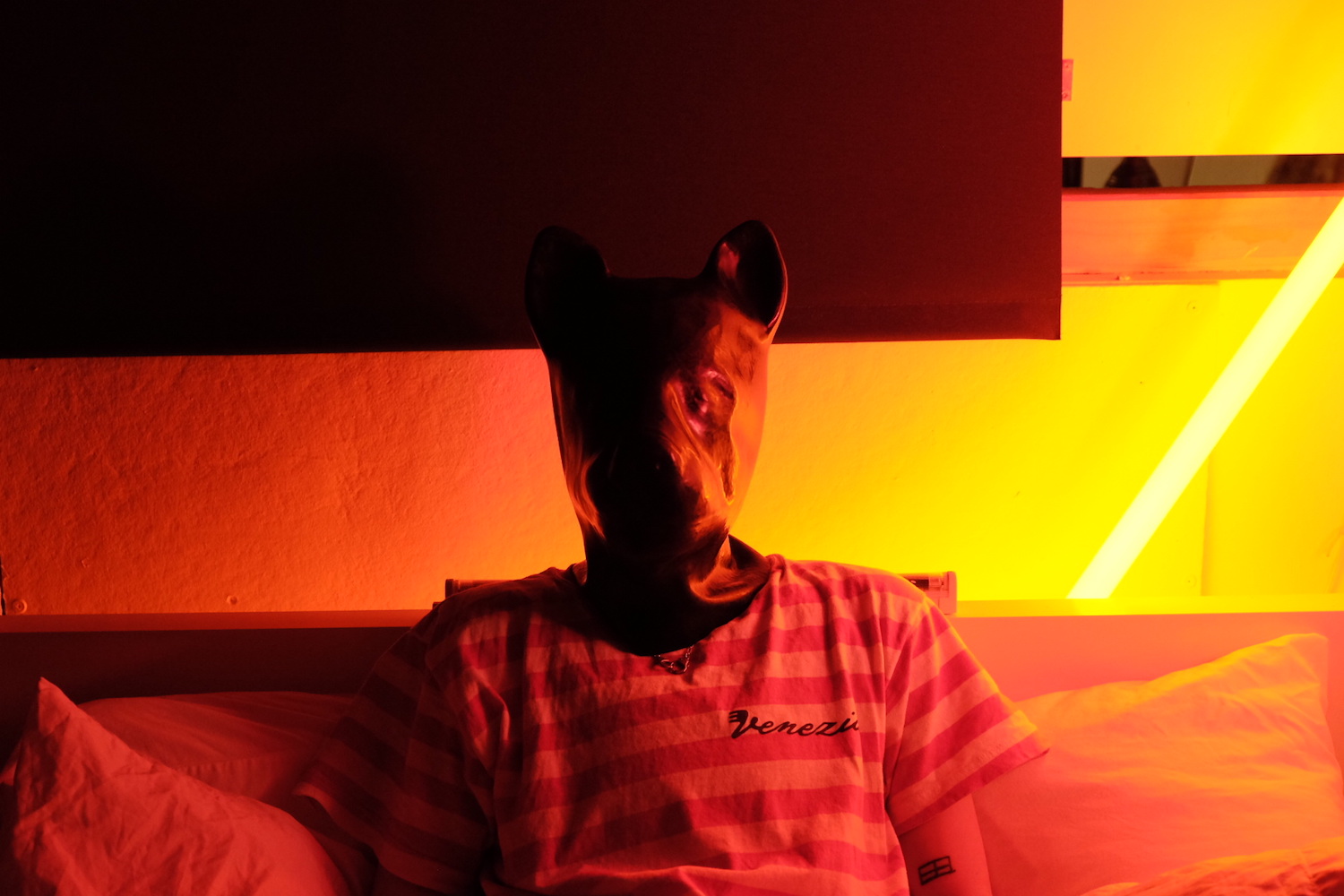 Not much is known about MLML other than the fact that Head is their first solo record after 15 years of living in Brooklyn and pursuing other projects within the wild-eyed realm of electronic and experimental music. And that’s perfectly fine. The EP’s four original tracks speak for themselves, channeling the producer/DJ’s love of loopy melodies and tricked-out Detroit techno, and asking us all to drop our plans and make a date with the night.

Enad Marouf furthers that feeling with the title track’s official video, an eerie iPhone production that follows MLML and fellow artist Lea Welsch through dimly lit streets without a clear destination. According to a press release, “MLML met artists Enad Marouf and Lea Welsch during a 7-month-long residency in Italy, where Marou and Welsch were performing in Anne Imhof’s Faust piece for the 2017 Venice Biennale. MLML was doing sound engineering for the performance.”

Here’s what Marouf had to say about the clip, along with its world premiere and a complete stream of MLML’s captivating record….

When we talked about doing a video for “Head” I thought it was crucial that MLML and Lea were in it, because I perceive them both as strong figures. I wanted the minimalistic approach in the video to highlight the minimalistic nuances in the track.

The combination of both approaches creates for me an uncanny and almost hypnotic feel to the narrative. The video is a continuos shot of them walking through the streets of Venice at night time. Their faces and identity are never revealed by the camera, as they appear and disappear depending on the street light. They don’t arrive at a wished destination, leaving us with a restless endeavour only L&M know.