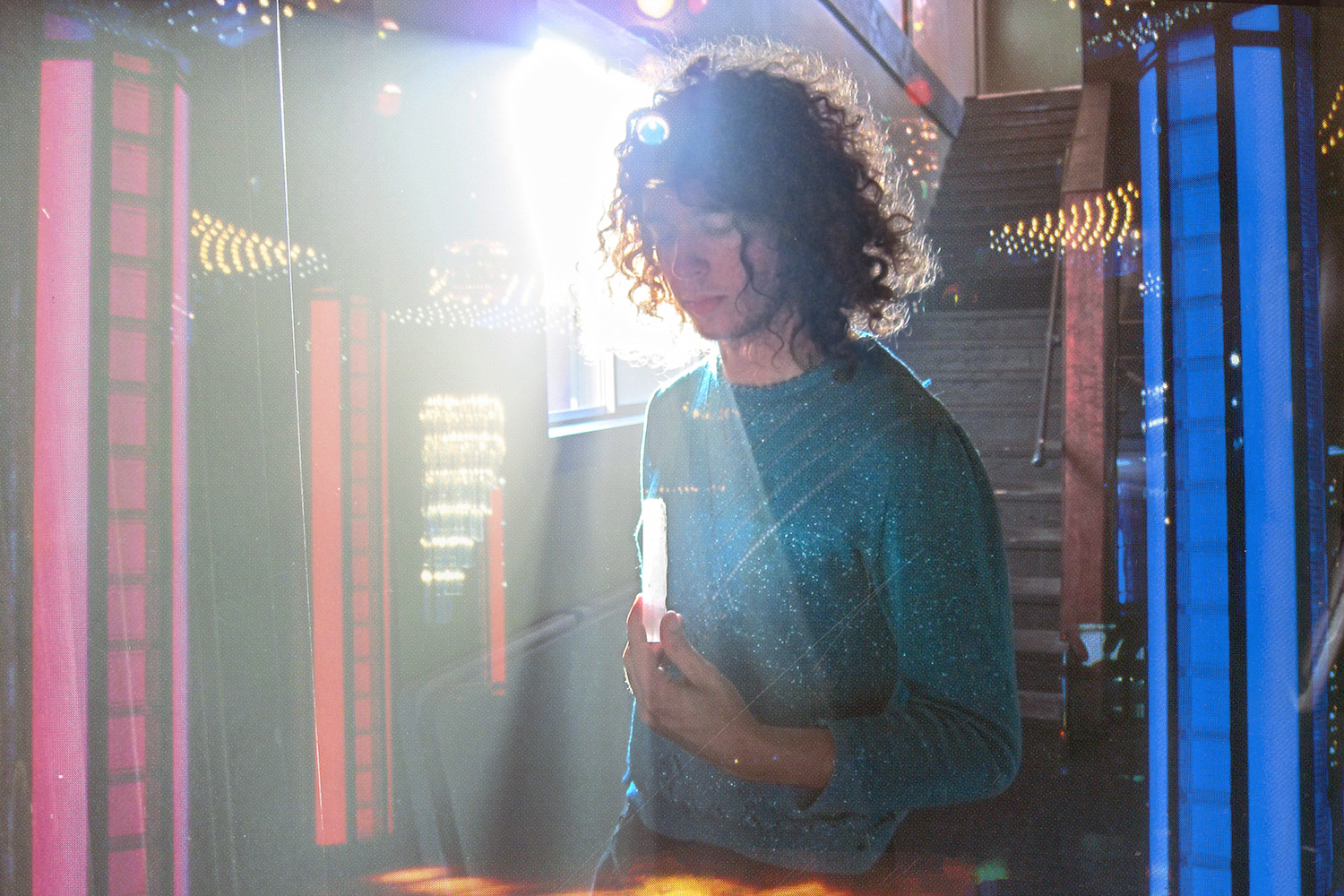 You may have heard of Lionel Williams’ grandfather John—the Grammy/Golden Globe/Oscar-winning composer responsible for such timeless scores and themes as Star Wars, Superman, and nearly every movie Steven Spielberg’s made including E.T., Jaws, the Indiana Jones franchise, and the first two Jurassic Park films. He’s pure Hollywood, in other words, quite the contrast to Lionel’s polychromatic approach to art and music under the name Vinyl Williams.

On the visual side of the spectrum, he excels at interactive fare and immersive work like Rioux’s recent multimedia EP and Unknown Mortal Orchestra’s customizable “Multi-Love” clip. And when it comes to records, everything feels like a feverish dream—a layer cake of gold-flecked pop grooves wrapped in soft-focused synths, blunted drum beats and muddled melodies. Next month’s Into LP (out July 24th on Toro Y Moi’s Company Records imprint) has an even greater pull than his last album, too, bringing the Vinyl Williams sound into full relief on songs like today’s #selftitledpremiere. Here’s what the LA singer/producer had to say about it:

To its own ring prefers a monosyllabic boon.

Reach up, the senses.

Our complex ineoffabilites, all vorticimally arced to one single skin, folded on checkered lands.

One of another—to recreate the inner earth.

Previous Stream Cloud Nothings and Wavves’ Collaborative Album No Life For Me
Next NE179: An Exclusive Cale Parks Mix