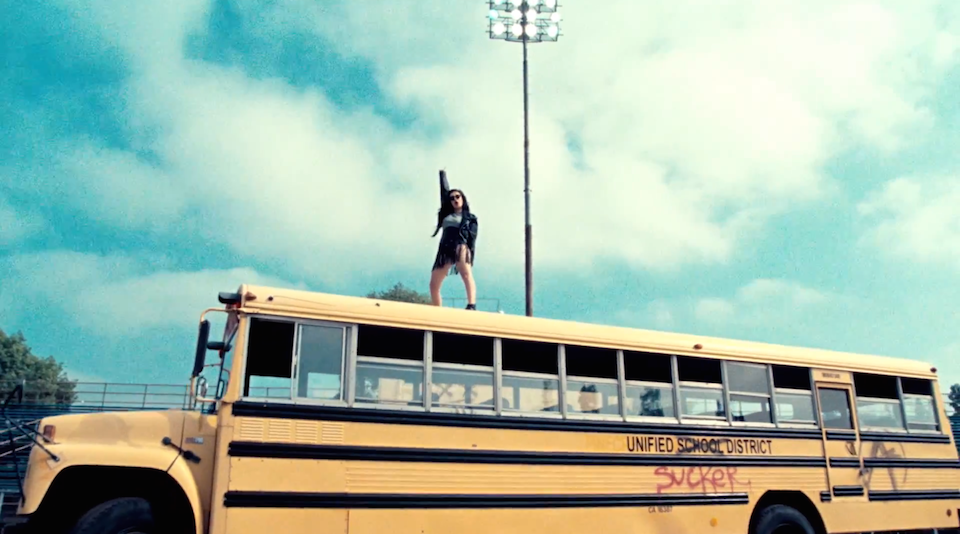 The steady rise of Charli XCX appears to finally be reaching her solo career, via a new video that aims for the same anthemic heights as the “I Love It” single she crafted for Icona Pop. Judging by the subject matter and general vibe of “Break the Rules,” the singer/songwriter doesn’t care either, and she’s tapped the perfect co-star for a cameo towards the end: Rose McGowan. Here’s what Charli had to say about it:

I was inspired by movies like” Jawbreaker” and “Carrie” for the “Break the Rules” video. I never went to prom when I was at school so this was kind of me living out my weird fantasy of what prom would be like in my head. I asked Rose McGowan to be in the video and I never ever thought she would say yes, but she did… so she came to prom too… And she trashed it ;)”

Sucker is due out October 21st through Neon Gold/Atlantic.