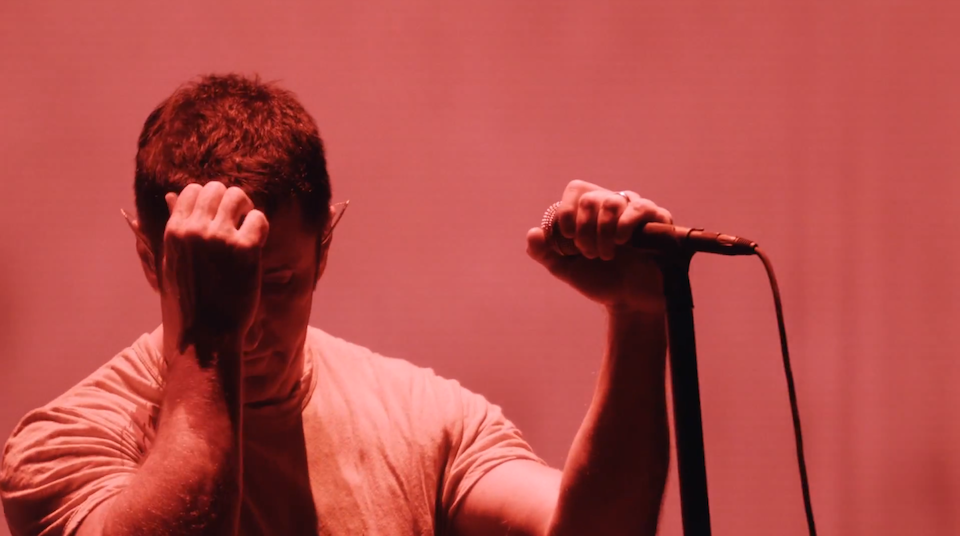 “I remember thinking halfway through the first song, ‘Is this just stupid, or is this actually, you know, cool?'” admits Trent Reznor, as VEVO’s Nine Inch Nails tour documentary nears its happy ending. “And I saw everybody’s face light up. And I could tell. I love doing this stuff. It’s incredibly stressful but it’s fun.”

“Trent demands, demands, demands excellence with everything,” adds art director Rob Sheridan, right before the band’s Fuji Rock set. (When things seem to be going south.) “We want the best, always. And that high level of expectation leads to a lot of stressful moments.”

Sounds like “Tension” was a fitting name for the fall trek, after all. Check out the run-up to the NIN’s warm-up date in Tokyo below, along with a soundboard-quality bootleg of their rehearsals that slipped out earlier this week. Part two of Vevo’s documentary is set to air later this fall, after the group’s North American run is over.

Previous M.I.A. Sucks All the Fun Out of “Come Walk With Me”
Next Chromatics
Night Drive