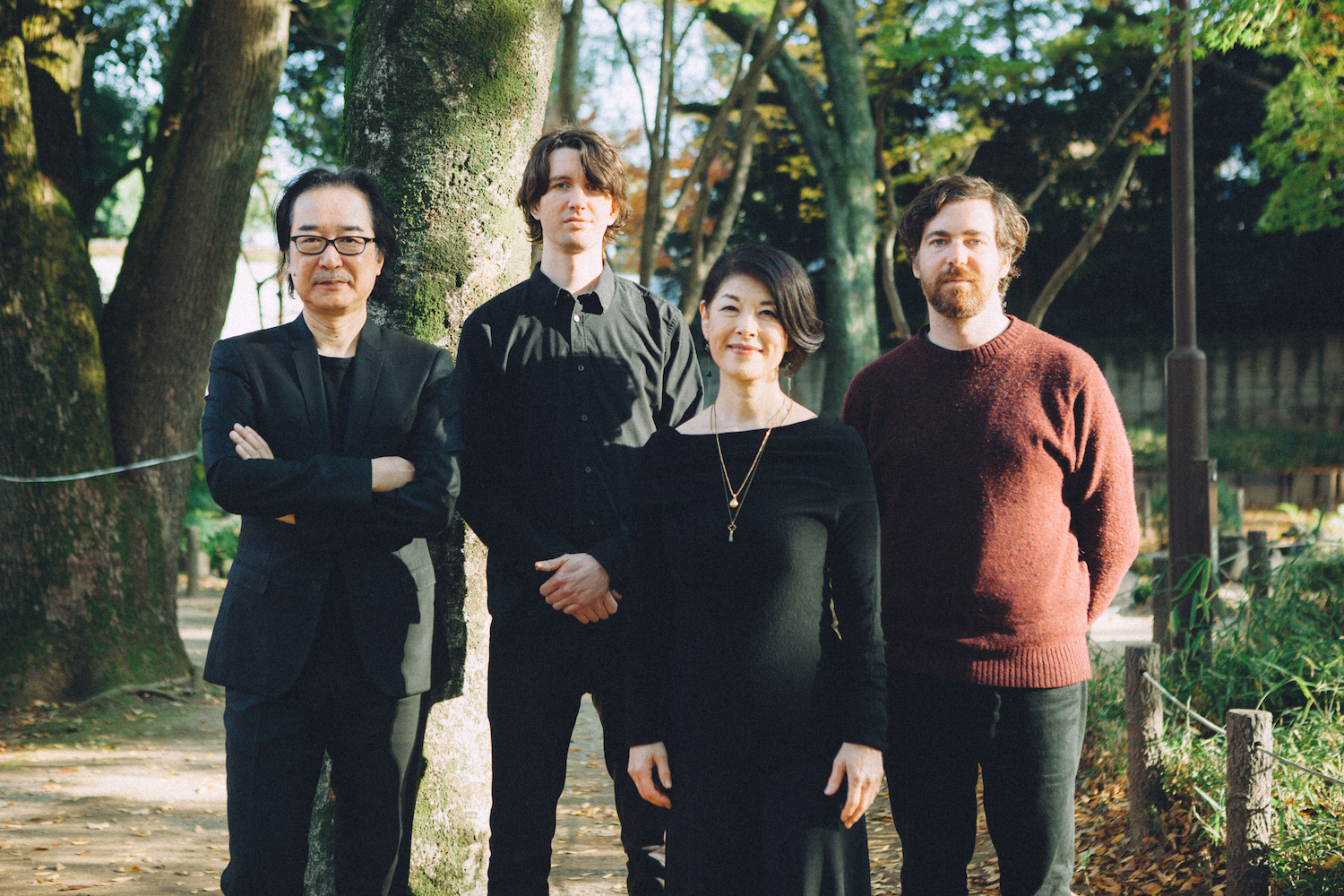 Time to take a closer look at a record you may have missed the first time around: serenitatem, a matter-of-time meeting between Visible Cloaks and two of the Japanese musicians that have influenced their idiosyncratic music, sound designer Yoshio Ojima and pianist Satsuki Shibano. The fifteenth entry in RVNG Intl.’s FRKWYS series is more than a simple improv session between four like-minded artists; it’s an intercontinental opus that exists outside time and space. Or as our editor put it in a Bandcamp review, “This is not a record that recedes into the background; it engulfs the entire room, from the more conventional melodies of ‘Canzona per sonare no. 4’ and ‘S’Amours ne fait par sa grace adoucir (Ballade 1)’ to the elusive vocals, electronics, woodwinds, and waterways of, well, just about everything else.”

In the following exclusive, Visible Cloaks co-founder Spencer Doran shares the stories behind the boundless album he’s been working towards since his infamous Fairlights, Mallets and Bamboo mixtape dropped….

“TOI”
The first three tracks are something of a suite or a triptych (hence the language variations of the titles) and all are structured around elements processed from one piece that was tracked live in the studio at SoundUno in Tokyo. It’s the result of a common studio practice for Ryan and I — that of “versioning” our tracks by reorganizing their various layers and processing them heavily to create radically different alternate versions that often become other songs entirely.

“Toi” was spun out of elements of what later became “You”, overdubs taken out during the post-production stage and used to structure a new arrangement, which was then sent to Yoshio and Satsuki via email. Yoshio processed what we had sent him and added new elements, and Satsuki added piano (which was tracked at her home atelier by the session’s engineer, Naoto Shibuya). We tweaked our elements even further, added a little more and re-sent, then he did a final arrangement (including the beautiful swelling chords in the last section) and mix down — a game of exquisite corpse playing out over the fiber optic internet cables underneath the Pacific Ocean. 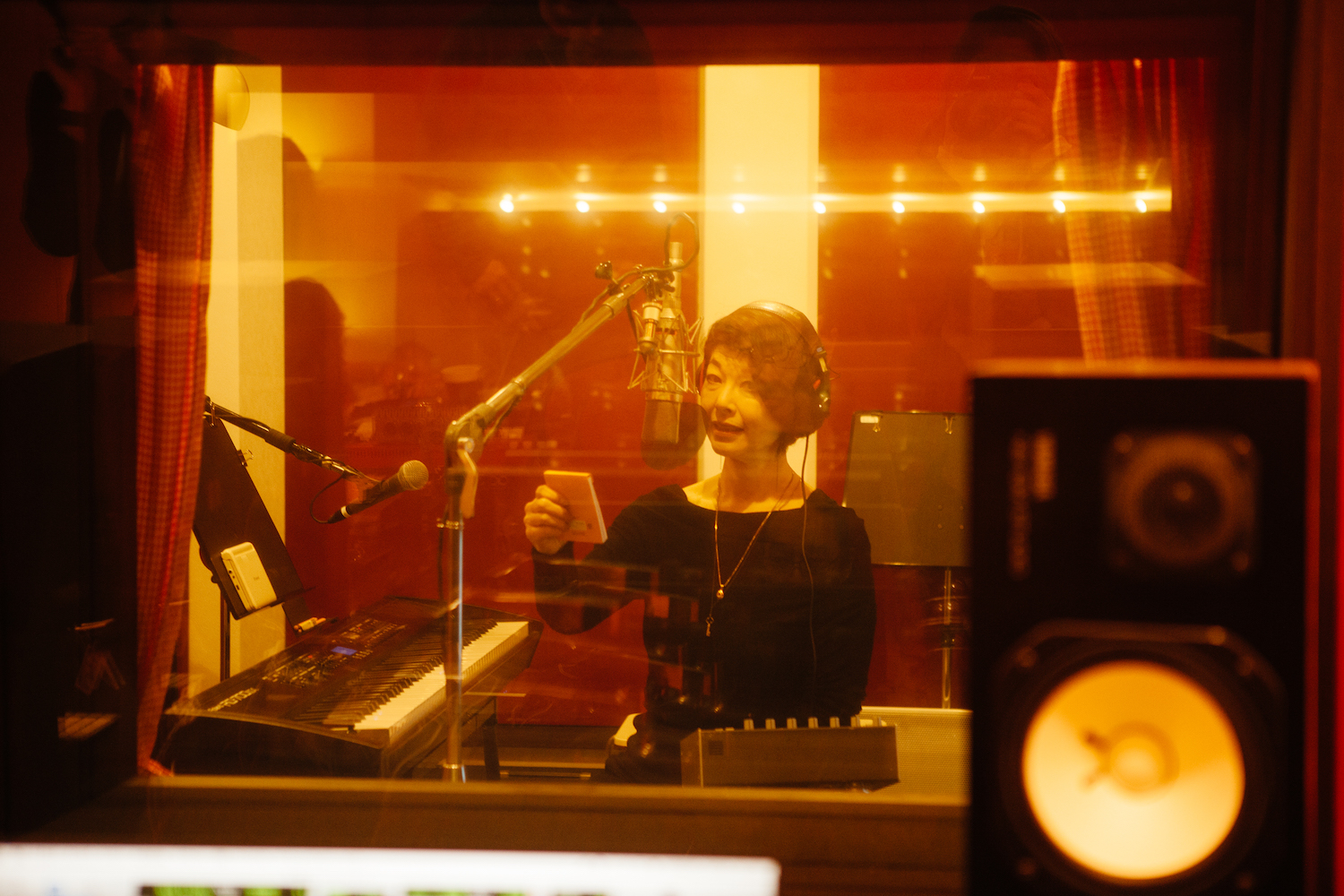 “ANATA”
Of all the record’s pieces, this has the most clearly delineated roles between each quartet member: Satsuki provides the voice, Yoshio plays Buchla Music Easel, Ryan improvises on a virtual saxophone (via a wind controller), and I created a virtual choral arrangement, with the whole thing built around Satsuki’s vocal take, which was initially the voiceover on “You”. The voiceover was “tuned” into the mode of the tonal instruments, and the note values for the choir were randomized within a scale (through static on the MIDI grid as well as their placement within the stereo field), so each time the track was mixed down there would be a different harmonic progression under all of the fixed melodic elements, thus giving them a wildly different feeling contextually. When doing the final mixdown of the track, I rendered it 10 times and chose the “best” one (this form of “chance” processing is intended to splinter into seemingly infinite variations, but has to be “fixed” due to the limitations of recorded media).

“YOU”
This was one of the first pieces that took shape entirely in the Tokyo studio sessions (and expanded, as mentioned before, into the first three tracks). When we were initially tinkering with stuff in the studio, Ryan brought up the idea of using the “text-to-music” (TTM) function in the generative music program Wotja to create the starting point for a piece. It’s an extension of a creative process I have come to call “imprinting” — using text or musical fragments to generate a digital representation of it in MIDI, then using it as a building block in the construction of a more complex arrangement. (Our piece “Valve” is also an example of this.)

It turned out that in the ’90s Yoshio had used the program Koan Pro which (through a series of corporate acquisitions and software expansions) later became what is now Wotja. We were fascinated to learn that unbeknownst to us, Yoshio had been experimenting with a similar process since the early ’90s; for example,  “Loving Instructor” from HandSome fed a piano piece by Alexander Scriabin (performed by Satsuki) into an old Cubase MIDI generation tool called the Interactive Phrase Synthesizer to generate a morphing musical sequence.

In the studio, Yoshio and Satsuki wrote out a short poem and we plugged it into Wotja’s TTM, then used the melody and counter-melody’s MIDI data to stack various instruments on. Yoshio improvised over this on some of his hardware synths, and we recorded a voiceover of Satsuki reading the poem as spoken text. Later we decided the spoken text made the piece too cluttered, so we created a new piece based around it which became “Anata”, and re-processed some of the hardware overdubs for what became “Toi”. 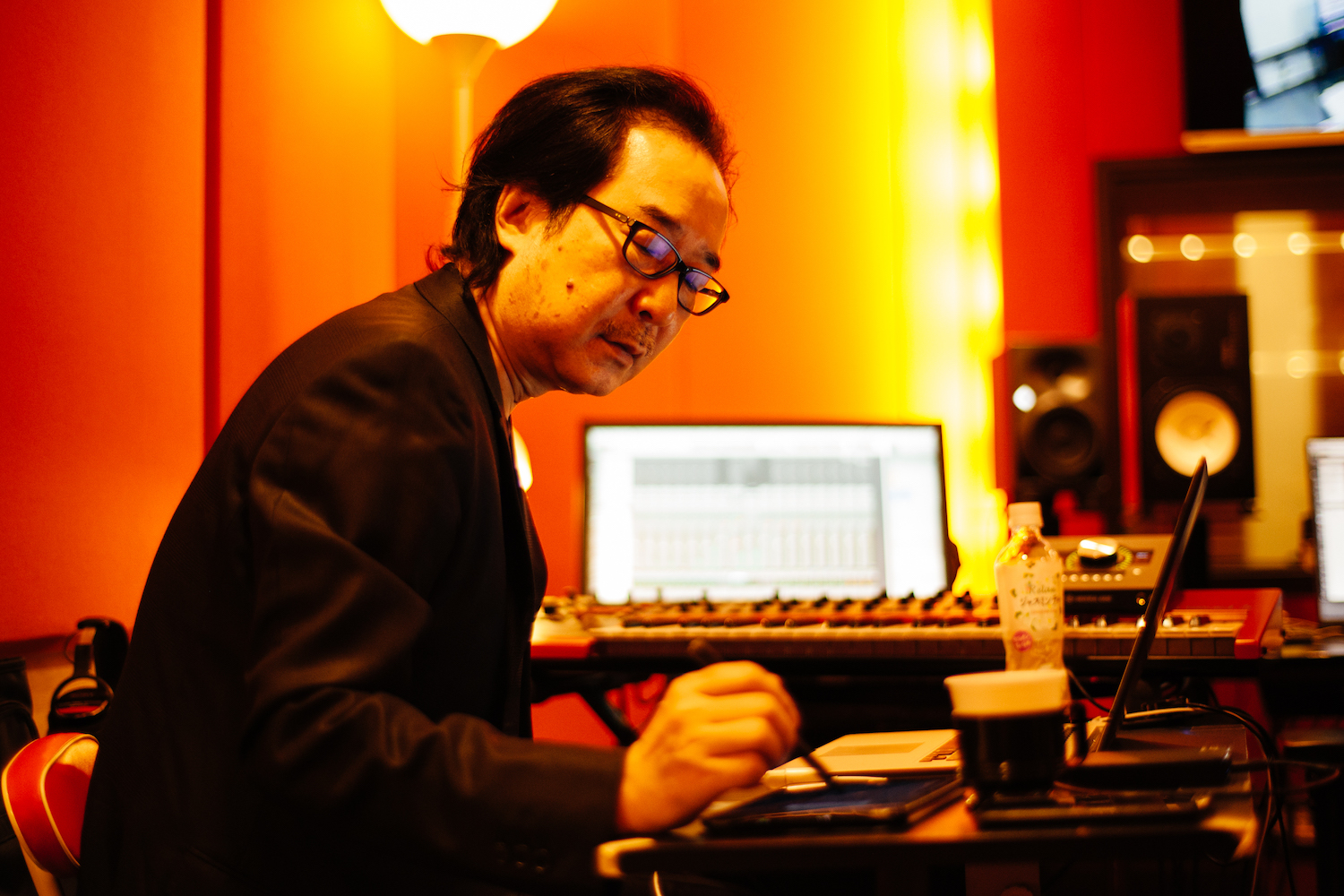 “ATELIER”
The initial composition of “Atelier” goes back to the earliest demo for the album, which was something I had sketched out on the train between Manchester and Glasgow in the fall of 2017 while Ryan and I were on a UK tour. The somewhat pastoral environment of the Scottish countryside the train was going through comes out in it a bit.

Yoshio processed some of the elements to create this beautiful humming drone bed for the whole piece, which reminds me a bit of the Star Trek TGN engine noise with these modulating high pitched overtones that have been mistaken for crickets or some other sort of natural field recording. Satsuki did a piano overdub (again at her atelier, giving the piece its title) which was processed into an abstract drift, and Ryan added some mysterious skittering digital synthesis.

“S’AMOUR NE FAIT PAR SA GRACE ADOUCIR (BALLADE 1)”
When we first started talking with Yoshio and Satsuki, we learned we had a mutual interest in pre-classical (or “early music”) composers, and of viewing this music through what could be best described as an avant-garde lens, which to me has always been the only sound vantage point to view this music from. (Folks like Satie understood this as well.)

One of the days we were tracking, Satsuki came in the studio with some sheet music for a keyboard arrangement of this piece, a two-voice chanson by 14th century French composer Guillaume de Machaut. She tracked it on a digital organ and captured the MIDI information as well, which in the post-production stages we stacked a host of other virtual instruments on top of. Thus the whole track is built from her single, one-take performance.

“LAPIS LAZULI”
This was a track that was sketched out in Portland initially and worked on in person at SoundUno, and became the sprawling centerpiece for the album. The final organization of the piece — with its space and pacing around the vocal readings, and the use of the water texture in the second half — was very much inspired by St. Giga, a satellite radio sound collage that Yoshio and Satsuki were involved with in the early ’90s which mixed field recordings, ambient music and Japanese poetry into an unending stream of programming that was designed to ebb and flow with the tide cycle of Tokyo bay. Yoshio was one of the programmers, and Satsuki was often one of the poetry readers on the station and his programming routinely featured extended, alternate, long-form versions of their own pieces. The spirit of the station is very much a part of their musical outlook to this day and Yoshio shared a huge trove of recordings of the station with me which was in the back of my mind the whole time we were working on the post production stages of creating final arrangements for all of the pieces. 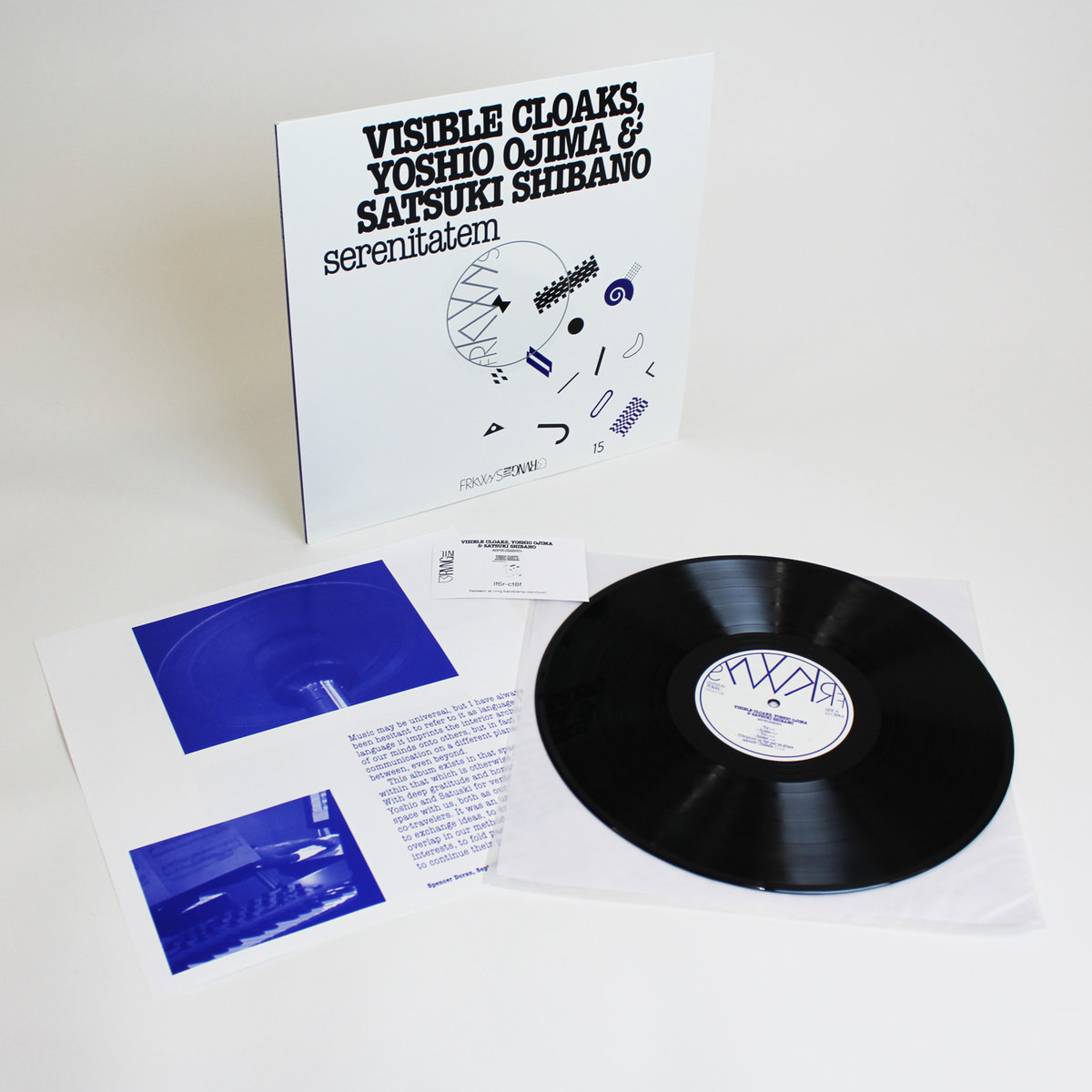 The piece is named after the stone used to give the glowing, absolute blue to ultramarine pigment, valued highly by painters during the Renaissance, as well as being the primary ingredient in Yves Klein’s International Klein Blue and his representation of infinity or the void. It makes me think of the actual materiality that underpins beauty in representational art (the same way I think of all the mined minerals the make up the laptops and synthesizer chips of electronic music), this concrete link between the physical and the absolute or ideal.

“STRATUM”
A big part of both our process and Yoshio and Satsuki’s is intertwining technology into composition, and “Stratum” is very much an illustration of this. It began with a randomized melodic phrase that Ryan generated with Wotja, which Yoshio and I added some pad chords beneath. Satsuki improvised a piano take in response to the generated melody, and I put together a MIDI patch that would take Satsuki’s piano chords and react to them by turning them into two intertwining arpeggios triggering some virtual marimbas and a virtual choir. Yoshio then added to this reactive choral/marimba arrangement with a vocal patch he created from Satsuki’s voice, overdubbing accents to the choir of virtual voices with hers.

I like to think of it as a sort of back-and-forth collaboration between digital tools and human actors, with the tools being used to amplify human creativity in our process of composition; there’s this almost trans-humanist notion of the future of AI not being something that exists external from human cognition but rather as something that augments and enhances it…. This is a (very rudimentary) take on that.

“CANZONA PER SONARE NO. 4”
“Canzona per Sonare” is a piece for brass by 16th century Italian composer Giovanni Gabrieli, this sort of late-Renaissance / early Baroque figure. Yoshio and Satsuki put together an arrangement of it that slowed the tempo down in an extreme manner and added space, which drew out the ethereal quality hidden within it, structure around a subtly modulating digital pulse that Yoshio gradually tweaked as they tracked it, as Ryan and I did some scratch tracks on our keyboard setups, which ended up being what we used in the end.

The final result is steeped in the oceanic feeling of Hosono-san’s ambient work, or the shizukesa spirit of St. Giga. 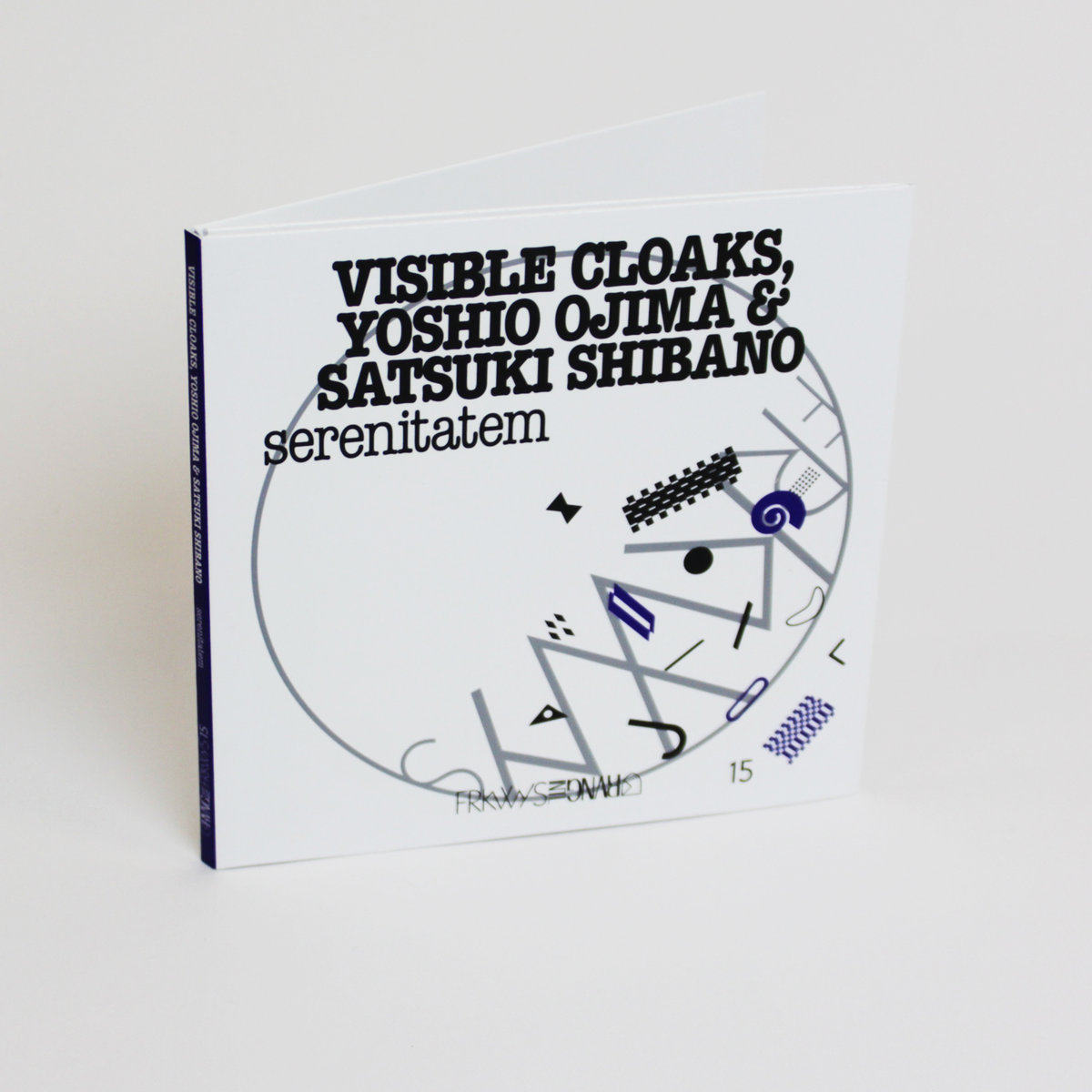 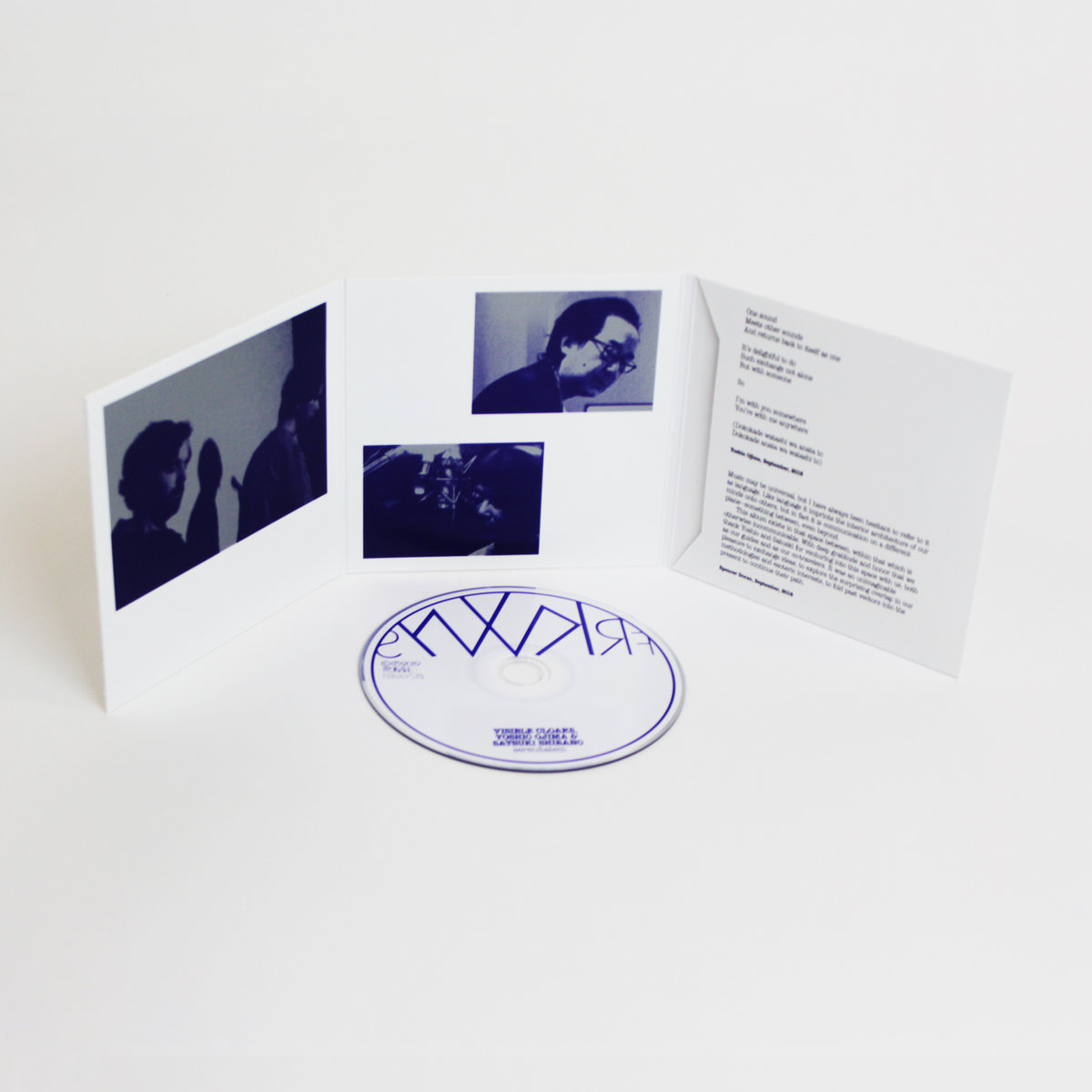 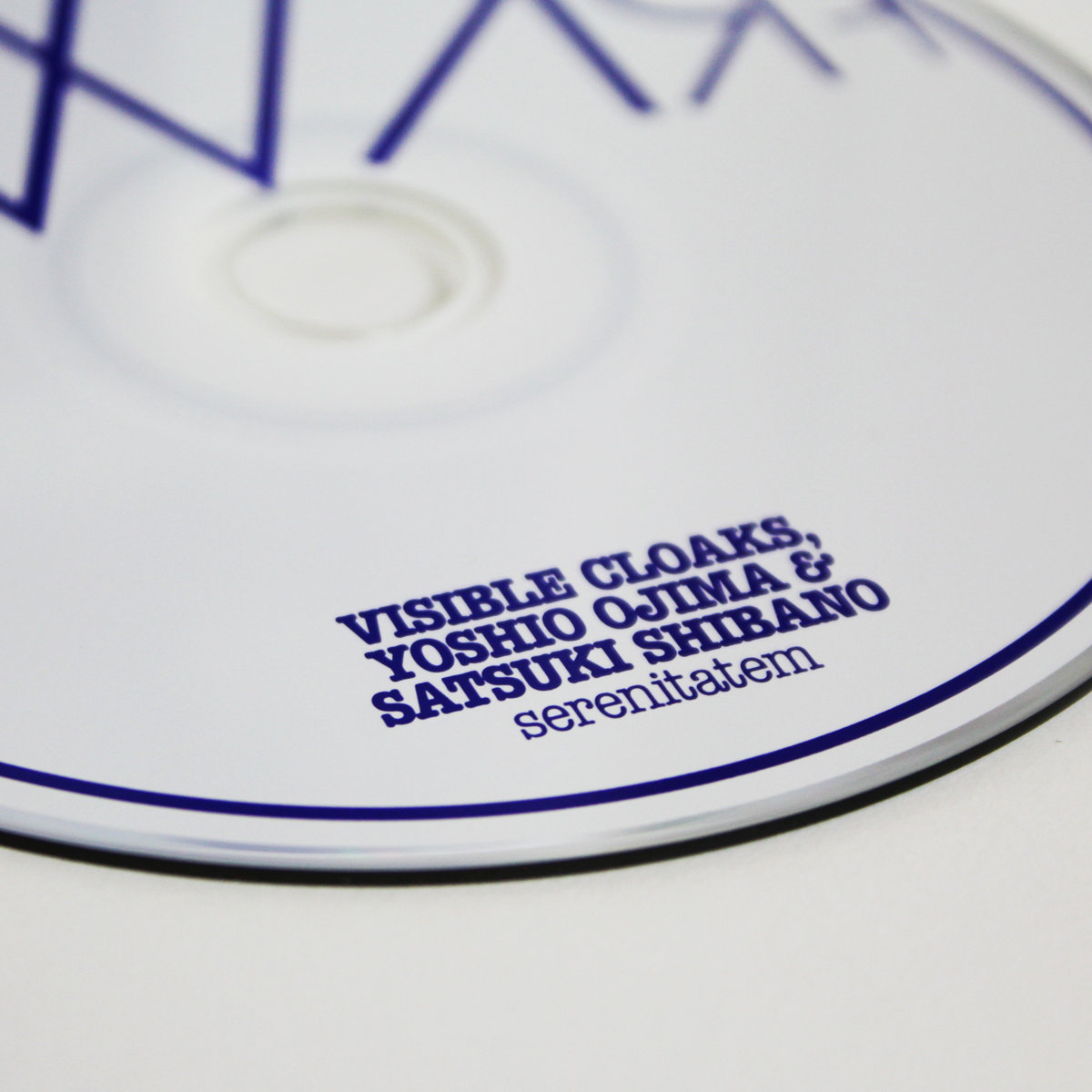 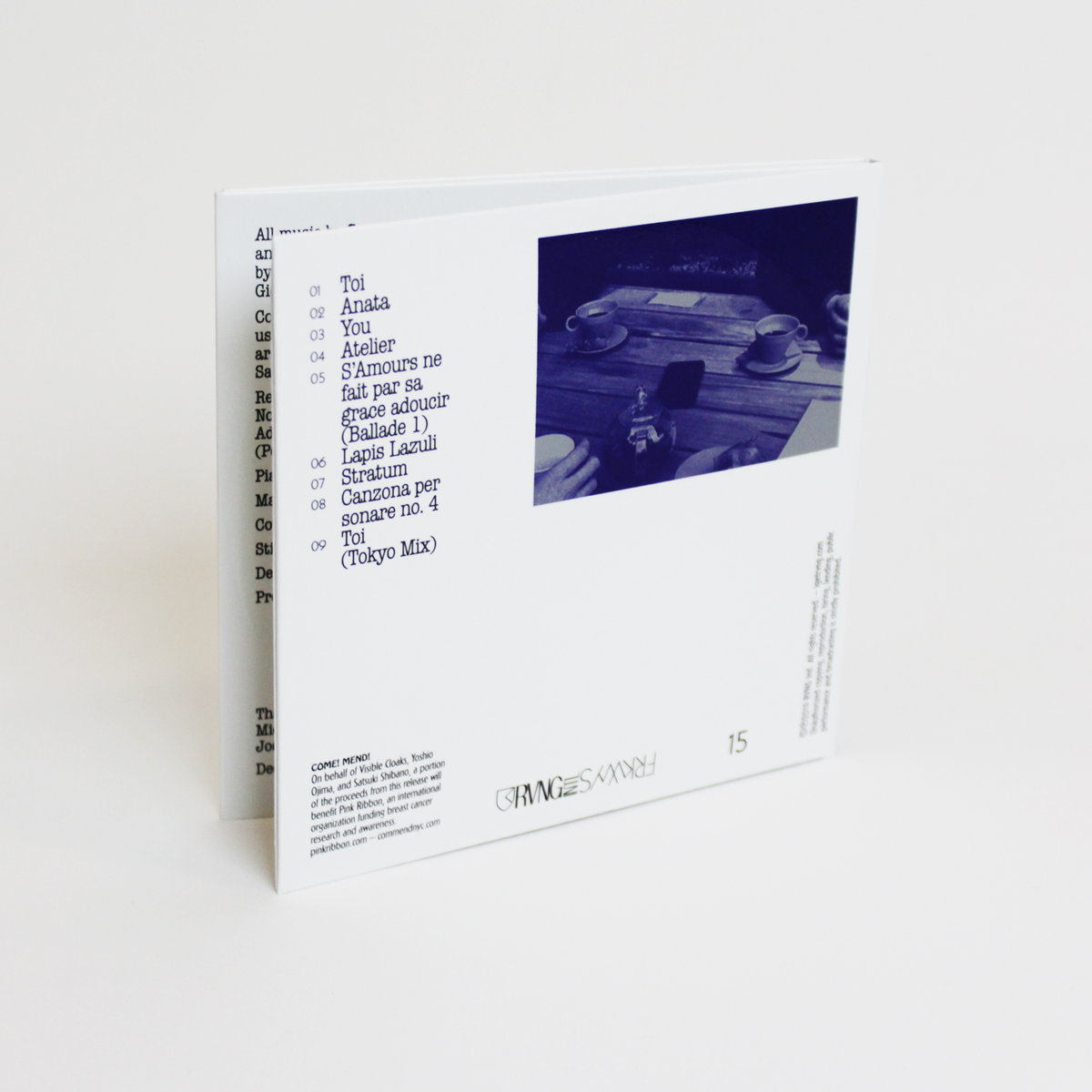 “TOI (TOKYO MIX)”
A CD-only bonus track, this is Yoshio’s extended, reduced remix of “Toi” – which actually might be my favorite of the whole project (perhaps because it’s the furthest from my own involvement). This was created at the end of the production cycle by Yoshio alone, using “Toi” elements abstracted, a hidden closure to the whole cycle. 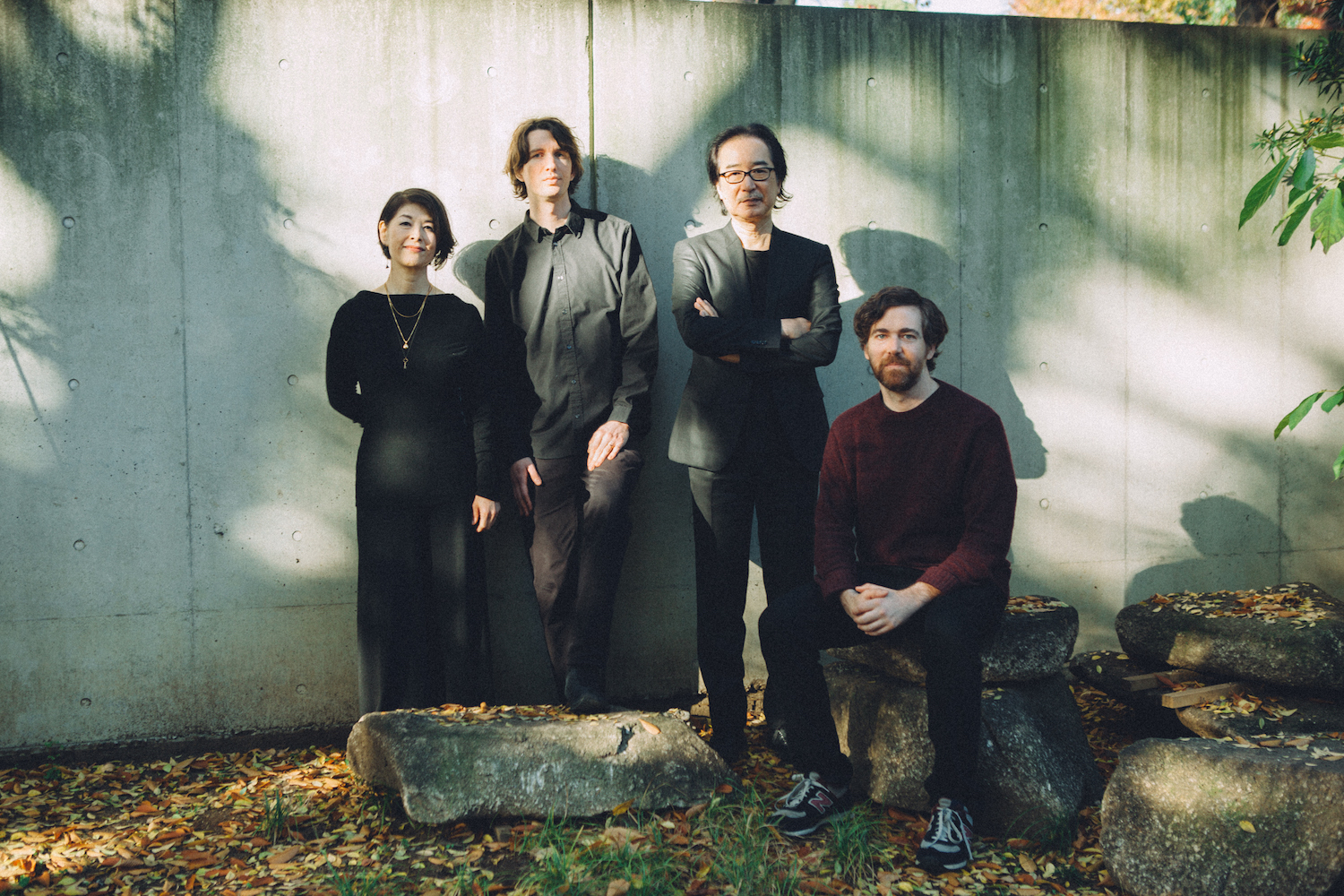 Previous 8Ball Unveils Bogdan Raczynski Mixtape, We Used To Corrupt Each Other With Art & Coffee
Next Pharmakon Taps Into Our Cannibalistic Tendencies