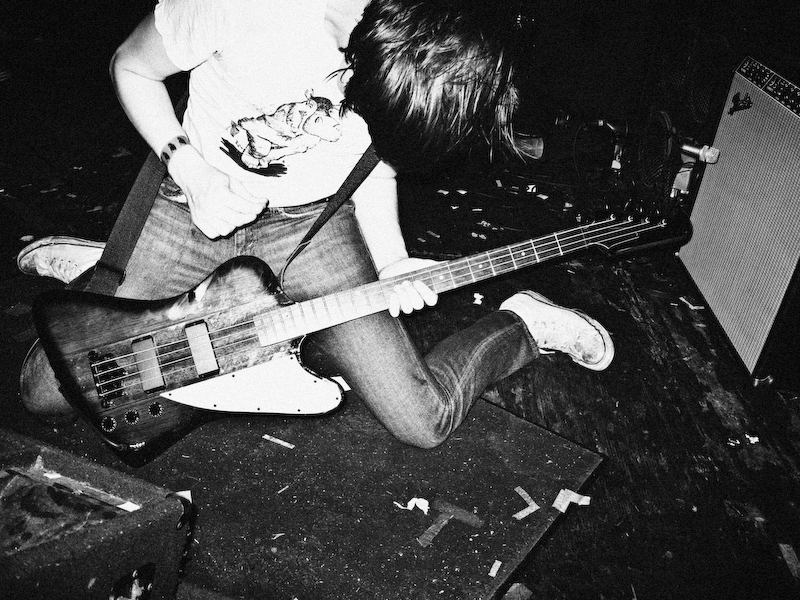 Coming home on the plane, self-titled smelled like a damp ashtray, but it was worth it: two days of Georgia-curated garage-rock sloppiness, otherwise known as the Atlanta Mess-Around. Spread across 529 and the Earl, this second go-round for the festival saw local scene staples (various permutations of, altogether, about 10 ATL musicians) host out-of-towners and some of their idols, including the Urinals, Paul Collins and Reigning Sound. Click through to check out our top five moments as well as a smattering of shots from the weekend….

1. Gaye Blades closing with “Bobby Is a Lover.”
With Gentleman Jesse filling in for the late Atlanta legend Bobby Ubangi (who died this past July), Black Lip Jared Swilley tore into a triumphant tribute to his fallen friend. The packed crowd at 529 had been yelling for the song since the start of the Gaye Blades’ set and proudly shouted along.

2. Greg Cartwright’s vocals.
They were loud–punishingly so. The Reigning Sound frontman spared no ears with worn and true renditions of “Time Bomb High School” and “Drowing” while fans swarmed into a drunken, hugs-abound frenzy.

3. Paul Collins, backed by Gentleman Jesse and two of his Men.
If any visiting musicians felt at home in Atlanta, it must have been Paul Collins, seeing as how much of the local scene has been creating music inspired particularly by his power-pop legacy with the Nerves and the Beat. First and foremost in this gaggle of emulators is Gentleman Jesse and his Men, who (minus Adrian Barrera, the fest’s slurring, whiskey-fetching MC) backed the legend’s raucous, fuck-how-old-I-am set like kids in absolute awe of their bandleader.

4. Wizzard Sleeve’s “light show.”
In contrast to the rest of the fest’s no-fuss approach to stage lighting, it was a considerable shock to walk into Wizzard Sleeve’s set to see the entire room lit up Matrix green, but such a mindless, “whoa, man, cool” spectacle was a perfect fit the synth-toting psych-punk trio from Alabama.

5. Bad Sports’ fanboy dedication.
Without fail, a member of the Ramones-loving Denton, Texas, trio was standing near the front of the crowd for pretty much every band that performed during the fest. As if playing one of the Mess-Around’s best and tightest sets wasn’t enough…