2011 IN REVIEW: Our Art Director’s Top 10 Albums, From Juicy J to Nicolas Jaar 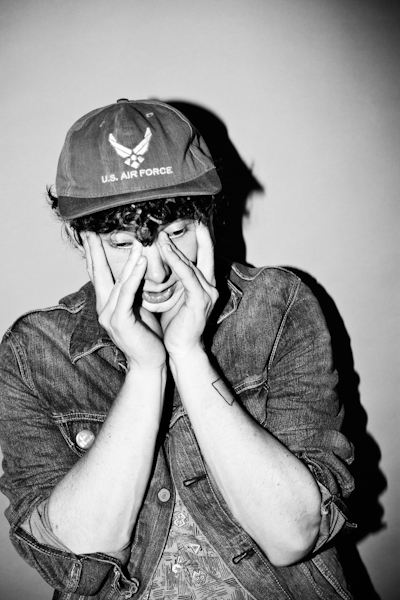 Since self-titled revolves around three very different people, we thought we’d share individual year-end lists from each of our editors, starting with the guy responsible for making our magazine look much more expensive than it is: senior editor/art director Aaron Richter…

10. Nicolas Jaar, Space Is Only Noise (Circus Company)
My token “thinky” album. I’ll use the word fascinating to describe it. Ready? Fascinating.

9. Danny Brown, XXX (Fool’s Gold)
Rap’s best new artist, period, even though he’s been around for a minute now. When Yelawolf–rap’s supposed Next Big Thing–is busy spitting the same old “came up from the bottom” verses, a Danny Brown song about tearing scrap metal out of foreclosed houses in Detroit is just so damn refreshing. I’ve always been a fan of rappers thinking small and specific rather than speaking in generalities (imagine that!), and Brown goes small to a large extent. Also, my favorite moments on this record are when it seems like Brown loses control of his own voice. Dude is weird.

8. Black Lips, Arabia Mountain (Vice)
Their best album yet. Bless you, Mark Ronson, for not screwing this up. And bless you, Jared and Cole, for writing a song about taking Ketamine at an art museum in Spain.

6. Girls, Father, Son, Holy Ghost (Matador)
Christopher Owens continues to get more and more charming and awesome. Trying to figure this record out, I took to thinking of it as Chris’ version of Spiritualized’s Songs in A & E–without the almost-died-in-a-hospital subtext–mostly because of the shifting moods, enormous scope and genuine nakedness.

5. Mikal Cronin, Mikal Cronin (Trouble In Mind)
Best pop songwriting of the year, from Ty Segall’s bassist. This record shreds at times too. A part of me wishes this was the album Girls had made.

4. Youth Lagoon, The Year of Hibernation (Fat Possum)
Maybe the only thing that really felt “new” to me this year. This album might as well be just one song from start to finish–totally entrancing.

3. Jay-Z and Kanye West, Watch the Throne (Def Jam)
Production on this thing was unmatched this year. It formally introduced the world to Frank Ocean (who is gonna be more famous than everyone else living in about five years), and I love that Kanye made me give a shit about Jay-Z again.

2. Yuck, Yuck (Fat Possum)
Thanks for the ’90s nostalgia. The b-sides to this are almost better than the album proper.

1. Juicy J and Lex Luger, Rubba Band Business 2 (self-released)
I don’t think there was one definite standout album from this year (first year in a long time for me that that’s happened), but this second Juicy J and Lex Luger collab was the only thing that I never once got sick of. Juicy J sure knows how to work a ridiculous catchphrase until it sounds like something brilliant. This is a benchmark for big stupid rap songs.