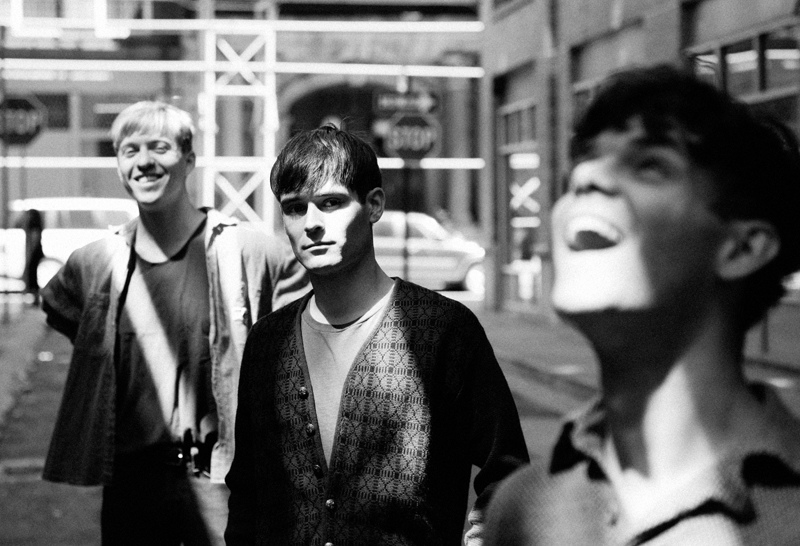 Out of the whole self-titled staff, my taste tends to gravitate toward the poppier and the polished. But for me, that’s what makes being a part of this magazine so rewarding. Perhaps it fulfills the contrarian tendencies in me. Or maybe I’m glad that I can bring some diversity to the workplace. WINK!

Cut Copy, Zonoscope (Modular)
Of all the records this year, this is the one that had the longest shelf life for me. While Aaron thanked Yuck for the ’90s nostalgia, I’d like to thank Cut Copy for the ’80s nostalgia. By the way, we put them on the cover of s/t no. 11, but you knew that, dear reader.

The Antlers, Burst Apart (Frenchkiss)
In February, Radiohead released an album. It sucked. Then a couple of months later, the Antlers released an album that proved, in retrospect, just how good Radiohead could be if it only would embrace humanity again in the place of cold technology. “I Don’t Want Love” takes the title for Most Heartfelt Song of the Year. Too bad that’s not a category at the Grammys.

Elbow, build a rocket boys! (Downtown/Cooperative Music)
Yeah, man. I know Elbow are uncool. Whatever. I’m a dad now. build a rocket boys! is soft and elegant, heroic and poignant. And whenever I listen to it, I get a little choked up. Especially on “Lippy Kids.” Snark all you want, you cynical bastard. By the way, I even liked some of the songs on the last Coldplay, too.

The Drums, Portamento (Frenchkiss)
For a band that gets a lot of guff for being unoriginal, Portamento was a giant leap forward for the Drums. I mean this both musically and lyrically. But the interesting thing is, when people accuse them of aping the Smiths, the Wake, Orange Juice, and New Order…well, doesn’t that sound like a compliment?

Bon Iver, Bon Iver (Jagjaguwar)
I’m normally not the “bearded dude dressed in flannel crying over his acoustic guitar” type but Justin Vernon’s involvement in Gayngs (one of my favorites of 2010) and his OMG cover of Peter Garbiel’s “Come Talk To Me” gave me the proper context to approach the sophomore album. This guy is an album or two away from truly blowing our minds. In the meantime, he’s relegated to tugging at our heartstrings.

The Death Set, Michel Poiccard (Counter)
I have the right to fight to party.

John Maus, We Must Become the Pitiless Censors of Ourselves (Ribbon Music)
This album by Ariel Pink’s buddy is my “arty” selection for the year. But the thing about Maus’s record is that underneath all the weirdness and the eccentricity is an accessible pop record. Sure, it’s buried deep, deep, deep beneath all the reverb and echoed effects, but I have never heard anyone else write a song so addictive about a time traveling TV series starring Scott Bakula. Oh, and the live show….it’s primal, man.

TV on the Radio, Nine Types of Light
A few years ago, I spent a couple of days with TV on the Radio in Portland for a cover story, and my interaction with them left me cold on their music. Maybe it was their persistent sarcasm, or maybe it was their general uncooperativeness with the press. But whatever it was, it took me some time to re-approach their music objectively. Nine Types of Light was the warmth that melted my iceberg. For once, TVotR’s music didn’t sound so “Brooklyn,” like it had been recorded with the sole intention of impressing David Bowie. This album was sweet, tender and very human. I forgive you, guys.

tUnEyArDs, w h o k i l l (4AD)
Merrill Garbus is a weirdo. But that’s what they said about Beck after he released Odelay.