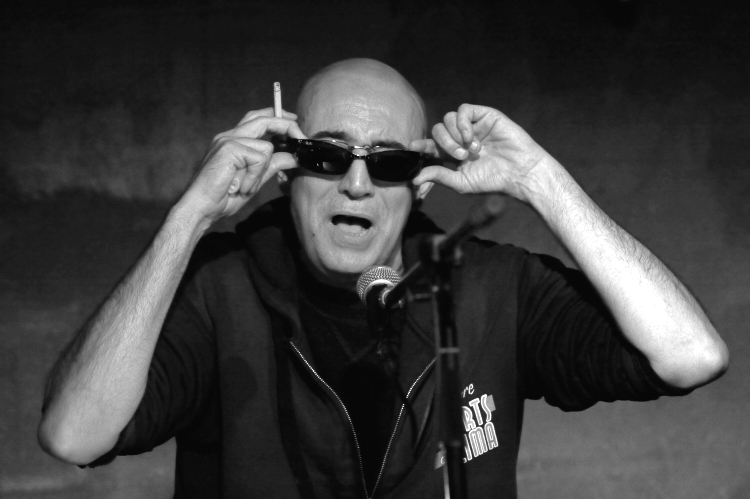 Alan Bishop has announced the latest archival release from his Alvarius B. alias. Due out May 13th through Abduction, What One Man Can Do With an Acoustic Guitar, Surely Another Can Do with His Hands Around the Neck of God is described as “raw and unfiltered live home boombox-recorded artifacts from another age… songs about strangling people like you.” Which is Bishop’s way of saying this ’90s-era survey (limited to a one-time pressing of 400 copies) is not a laid-back listen; it’s a disquieting one, meant to rustle one’s feathers with its finger-picked fury.

Listen to “Drunken Patriot” below… Alvarius B., What One Man Can Do… (Abduction, May 13th):
A1. Twister
A2. Mantra Days
A3. Attic Memory
A4. Dead Metal Forever
A5. Lateral Paradigms
A6. Wyoming Twilight
A7. Harsh Shadows
A8. The Delta Stinger
A9. Drunken Patriot
B1. Mean Crossover
B2. Old Orange and His Cousin
B3. Wildcat Regulations
B4. Cedar Point
B5. Where the Murk Flows
B6. Funky Natchez
B7. Nasty Plumage (For Jack Rose)