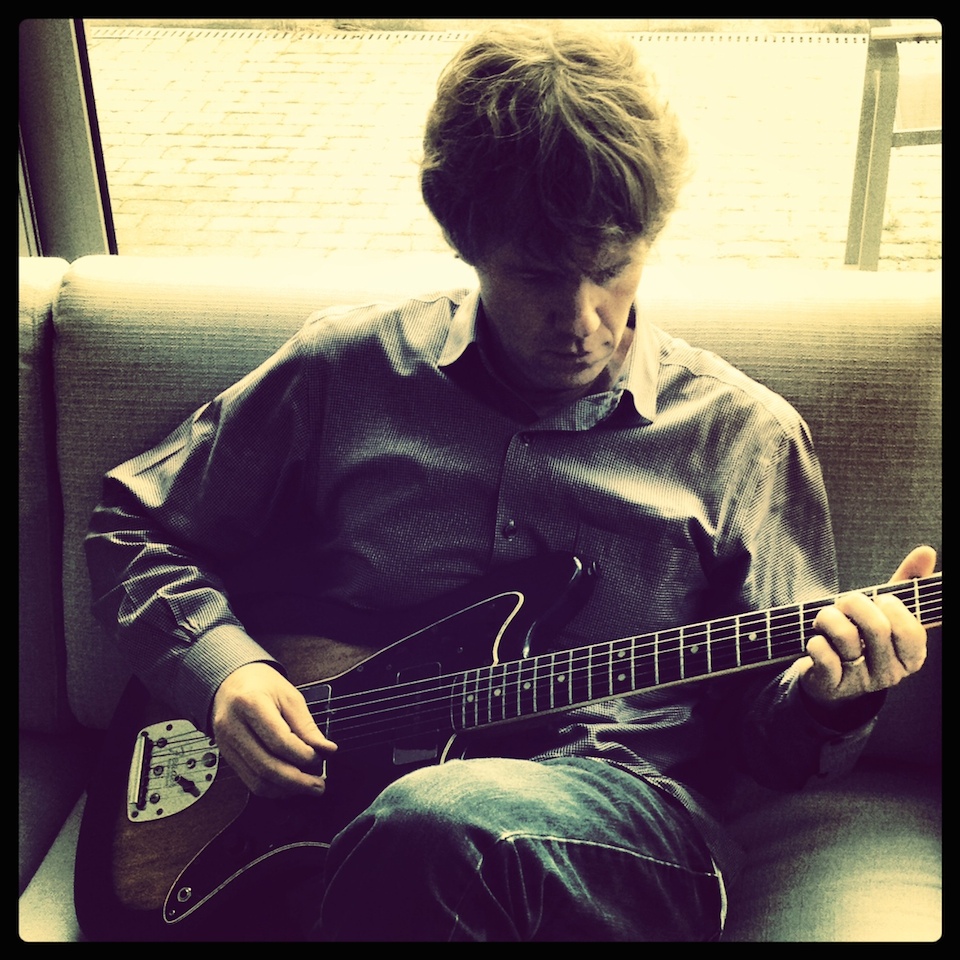 While he’s best known as a co-founding member of Codeine and Come—the subject of a recent Matador reissue and reunion tour—Chris Brokaw has also released a serious amount of solo records and side projects over the years, including collaborations with Stephen O’Malley, Wrekmeister Harmonies, Thurston Moore, Rhys Chatham, GG Allin and Evan Dando. Even Johnny Deep, as part of a sprawling Jack Kerouac tribute.

Brokaw’s Now, Forager LP (available through Dais) is his latest film score, a slow-burner driven by nylon strings and meditative guitar melodies that’ll appeal to fans of John Fahey, Six Organs of Admittance and other lonesome troubadours. In the following exclusive, we share the soundtrack in full along with Brokaw’s commentary…

I love scoring movies more than doing just about anything in the world, and I no longer feel that it’s because I don’t… really… like… movies? I do love movies. I do! But I often find them utterly overwhelming. (Especially in the theater, and always during the day.)

Movie scores aren’t written for albums; they’re written for movies. So if you can also get a good album, with a nice arc to it, that’s a bonus. And if you can find two thoughtful, kind, patient, and generous filmmakers like Jason Cortlund and Julia Halperin to work with… double bonus. Triple bonus?

I knew, two minutes into the movie, that nylon string guitar would be the primary instrument. I didn’t (and don’t) know why.

Julie was EXTREMELY skeptical about my first pass at “Symbiotic Vs Parasitic”. (And so was I, but I faked otherwise.) But I kept at it—rewrite, rewrite, rewrite—until it became maybe the best song in the movie, destroying all my “first thought, best thought” notions.

“Fish Butchery” might be my favorite piece on the album, and it didn’t even make it into the movie! (Julie and Jason being absolutely hung up on “Exemptive,” from my 2008 CD Canaris, for that scene.)

“Pine Barrens” was another of my faves—all electronic noise—and I thought Julie and Jason would hate it, but they loved it. And I felt ready to make a whole album of “Pine Barrens.”

“Picnic” was a doodle that J+J loved like a child, and I turned its twin into the closing credits, and swaddled it in warm drones, to carry the audience out gently, affectionately.

The last song on the album was a wander. First take with the rhythm guitar, no idea where I was going. Built the map later.

Working with Jason and Julie was an absolute delight and I hope we make many more movies together. —Chris Brokaw, 4/14/14, Seattle WA: ready to score~