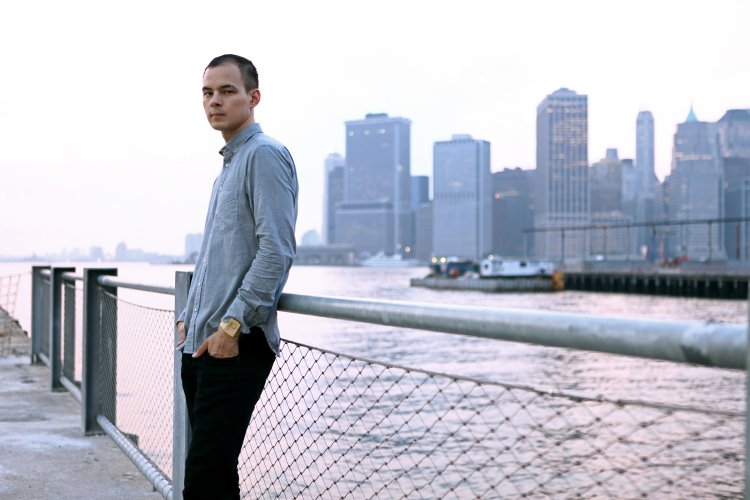 With his first proper record in three years (the Moving Mountains EP) set to drop tomorrow via Ghostly, we thought we’d ask Michna to take us on a guided tour of each track alongside an exclusive stream… After relistening to NIN’s Broken, then [their remix EP] Fixed, I quickly found myself searching for old Trent Reznor studio interviews circa 1992. Eighty dollars and one week later I was the proud owner of a Zoom 9030 effects processor. To create the noisy lead synth line in “Titanium Glaciers,” I ran my MicroKorg into the 9030 then into a broken Fender guitar amp. Once I had a riff going I then mic’d the amp with a portable tape recorder to get more saturated tape filth. The drums were also run to tape then thru my Eventide Harmonizer.

My neighbor recently won the New York Lotto and we talked about how he said it’s not going to change him. He’s a teacher and exclaimed, “What would I do? Sit around in a mansion all day? That just isn’t a job.” I kind of agreed, cause he is a simple man, and said “Yea and blowing it on a Lambo wouldn’t do much good either.” He said, “You know, everybody wants it exotic.”

I still like to imagine that the universe is a flat plane floating in space and you can actually ride the edge of it forever.

I’ve listened to Goldie’s Timeless many many times. I always knew it was produced primarily by Rob Playford and in a rare studio interview, he revealed he was using an E-Mu Vintage Keys synth. A week and $200 later, I found myself scrolling thru a dial that contains some of the best new agey, Enya-like artificial voices I own.