ALBUM OF THE WEEK: Zomby, ‘With Love’ 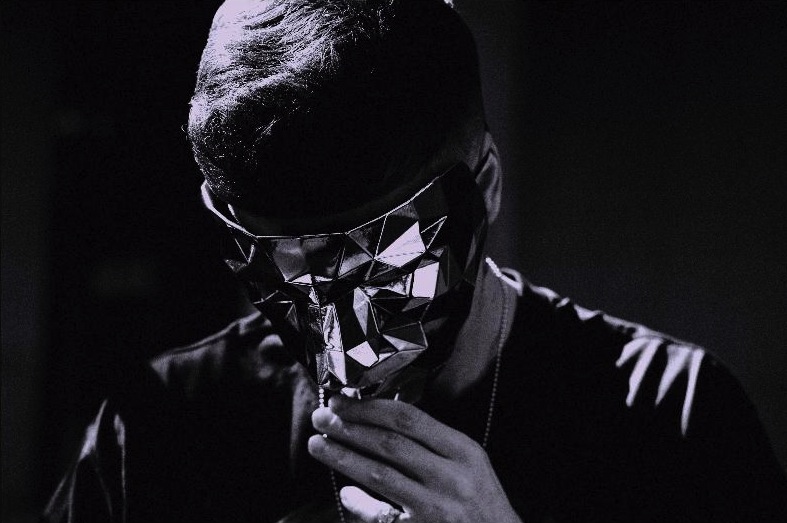 It may seem strange to make anyone but Kanye West the recipient of an Album of the Week award in the Year of Yeezus but all of the noise over that pin-pulling masterpiece is drowning out how utterly mad this one is. Two volumes and 33 start/stop/start/stop ideas strong, With Love is Zomby at his most willfully eccentric, which is of course, really saying something.

In the words of one of his many unidentified flying samples, “It’s time to get fucking mental”…

Anyone who’s ever seen Zomby ‘DJ’ or read one of his rambling interviews knows he’s the real deal–a person who’s natural state of being is provocative and prickly, as unwilling to cater to critics or fans as Kanye’s ever been. Although if you listen to With Love closely, it mirrors another oft-frustrating-but-ultimately-infinitely-rewarding effort much more closely: Drukqs, the last official long player from Aphex Twin. Described as “a sprawling album that defies listeners to understand or enjoy it as a whole” when it came out in 2001, it remains one of Richard D. James’ masterworks in retrospect, as likely to deliver a delicate piano piece as it is waves of wobbly jungle breaks.

You can look at this lack of structure as a fuck-all refusal to put a coherent thought together–many people did when Drukqs first dropped–or you could see it for what it truly is: an artist expressing himself however he sees fits whenever he wants to. The same thought process applies here, as the many dualities of Zomby’s complicated personality carry over to his songwriting, from the playful head rush hooks of its first volume to the more thoughtful melodies of its deeply melancholic final third. Just look at those song titles–”Vast Emptiness,” “Sunshine in November,” “White Smoke”–this is not Zomby messing with our minds. It’s him pouring his soul into a stream-of-consciousness experiment that doubles as a crash course in neo-classicism and manic electronic music.

Now you can consume a record like this in one of two ways: by simply letting it melt away, becoming nothing but restless background music, or by engaging with it head-on, face-to-face, in ways Zomby will never let any of us do with him directly. Only then will the blood-drained flowers on With Love‘s cover and its most emotionally raw moments truly make sense. Either way, Zomby’s earned the right to continue to confound, anger, and sometimes even please, us. Let’s just hope he doesn’t make us wait more than a decade for his next album like Aphex Twin’s clearly done.