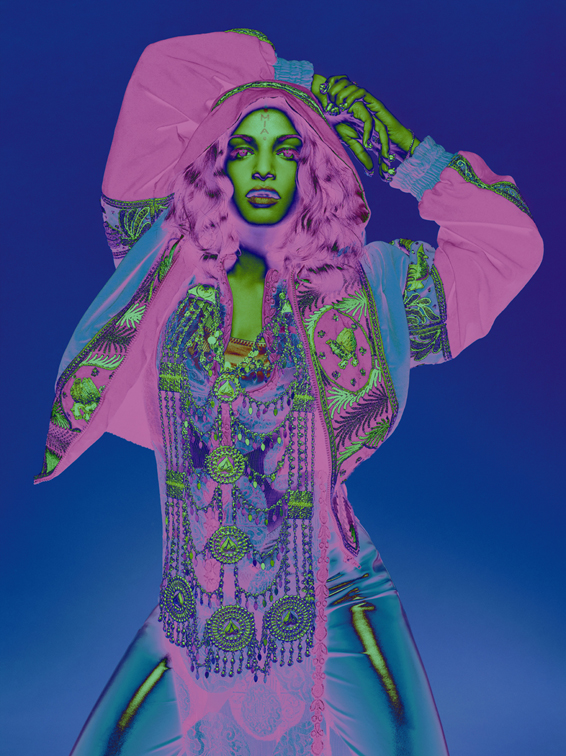 Finally; after a couple false starts, M.I.A. will drop her fourth album, Matangi through N.E.E.T. Interscope this fall. The record was reportedly shelved late last year for being “too positive.”

“I’m taking my time to decide what they mean,” she told Australia’s Gold Coast Bulletin. “It’s an interesting one for me…like ‘We just built you up as the public enemy No. 1 and now you’re coming out with all this positive stuff.'”

While we’re pretty sure the singer/producer never appeared on America’s Most Wanted, we do remember what a love-or-hate proposition her last LP was thanks to its wholesale Suicide samples, questionable politics, and lack of a single as smashing as “Paper Planes” or “Galang.” Well we’re happy to report that the newly leaked “Bring the Noize”–available to download on digital services tomorrow–is actually a return to form, featuring restless rhythms, delirious loops, and a spring-loaded beat that could have come from either of her first couple LPs. (Sure enough, it was cut by Surkin and Diplo’s old Major Lazer compatriot Switch.)

Check it out below, along with her Matangi mixtape from a couple months back and a handful of club dates M.I.A. will be playing next month… Previous LISTEN: Osborne + Joe Goddard, “Hold Up”
Next ALBUM OF THE WEEK: Zomby, ‘With Love’