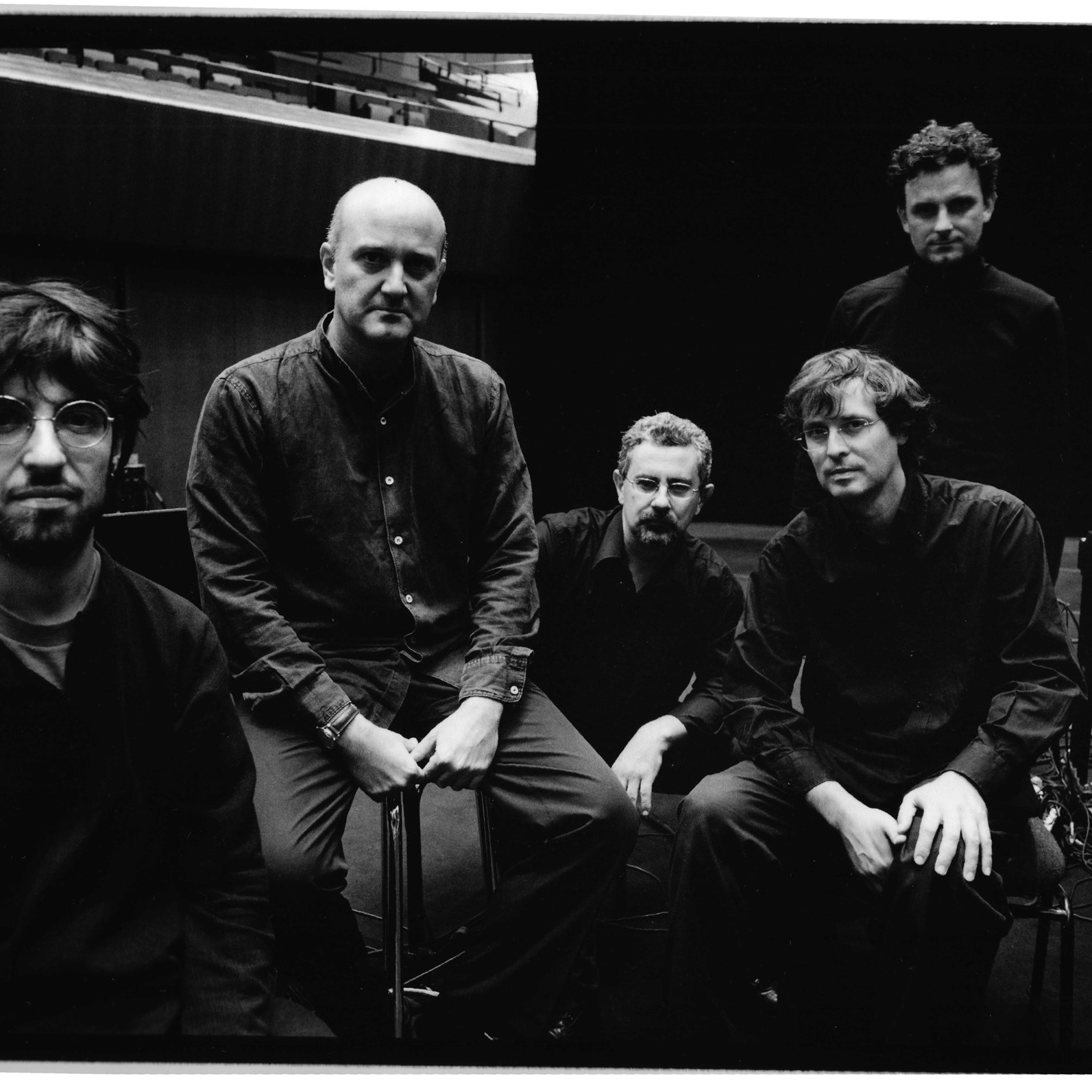 Alter Ego has announced two limited Die Schachtel LPs tied to previously unreleased recordings with Matmos and Pan Sonic. Due out November 12th, Microwaves and Pranam – A(Round) Giacinto Scelsi are prime examples of how the Italian ensemble pushed experimental and electroacoustic music past their limits over the course of their two decades together. (Their most prolific period was between 1990 and 2010.)

PRANAM started from a common interest we shared with Matmos on Giacinto Scelsi’s music. The occasion for the collaboration came from the Festival Dissonanze and RomaEuropa, which produced the concert for the final presentation of the work. The Fondazione Isabella Scelsi provided us original material from Scelsi’s archives, like the sounds of the Revox that Scelsi himself used to record his improvisations. Matmos imported those sounds in their database for sampling. They came to Rome to rehearse with Alter Ego and finalize the pieces together.

It was 2004. Together with our good friend Fausto Romitelli, Alter Ego planned to start an original project with the Finnish duo Pan Sonic. The discussions had already started during a concert in Lyon back in 2005, when Fausto had a bad increase of his terminal disease and sadly passed away. This tragic event stopped every possible realization of this idea, until we thought of asking some of Fausto’s good friends to do what he should had done for us — to do this project in his name, to remember our friend.

Pan Sonic were extreme; the sound level of their concert was at the limit. As an acoustic ensemble, you can’t compete with them. In that sense, our sound technician Eugenio did a great job with a new palette of electronics and acoustic stuff. Most of their equipment was incredible; Ilpo used to play a kind of typewriter which did incredible sounds….