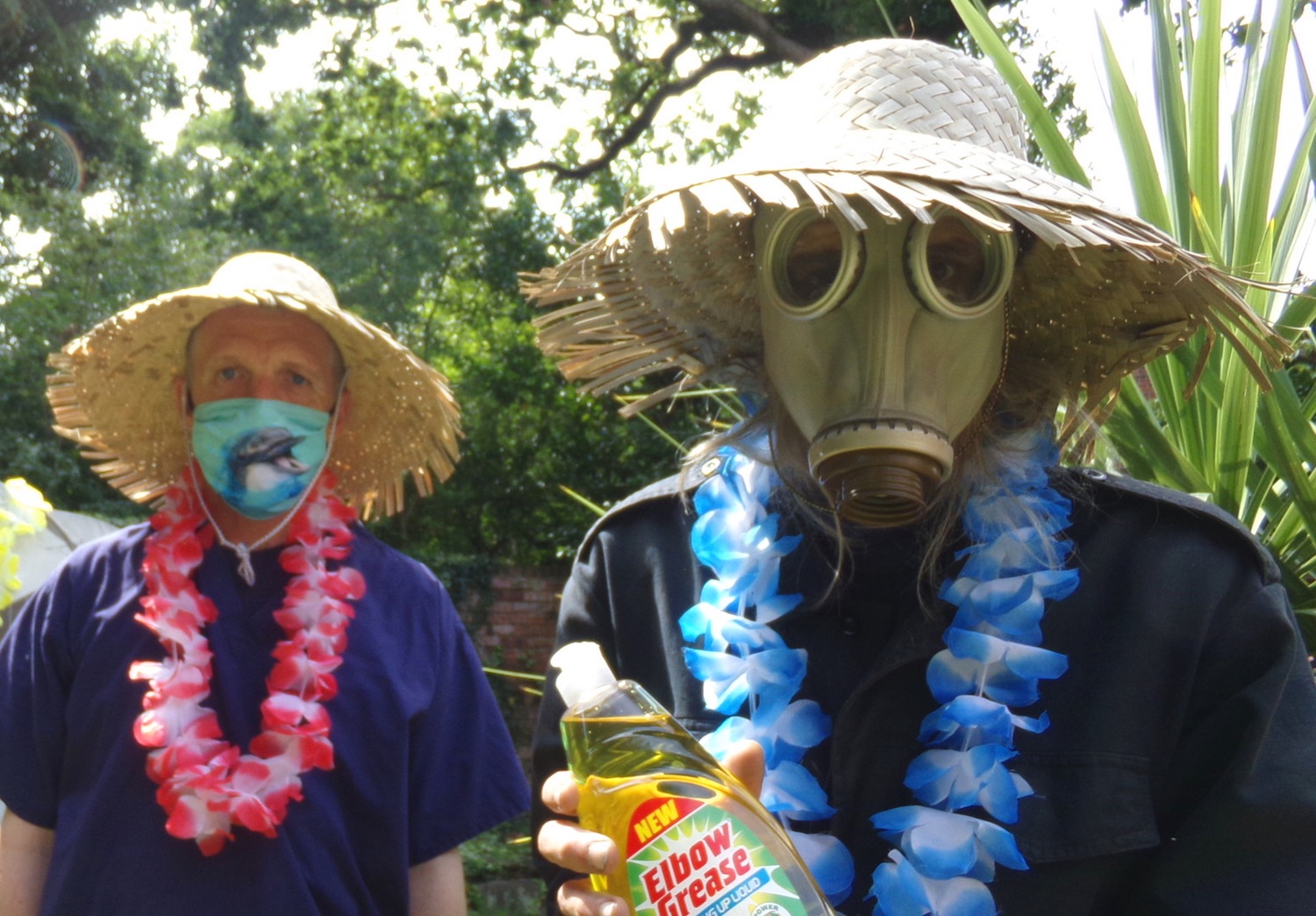 The playlist is a compilation of inventive and strange pop music that influenced Clinic’s [new album] Fantasy Island. Growing up, I really admired groups like Fun Boy Three who could get into the charts on their own terms. They still met all the pop criteria, but with far more imagination and humor….

DER PLAN – ALTE PIZZA
Quite berserk and loads of fun, Der Plan’s “Alte Pizza” hits all the right spots. It’s like an electronic
take on “Be Bop a Lula” with added culinary tips. Great for parties and an influence on the lighter-side of Fantasy Island!

HUMAN LEAGUE – BLIND YOUTH
A sawed-off blues riff put to good use by a primitive sounding Human League. They were mustard at harder-edged weirdness as well as good pop songs. That combination really appealed to us.

KID CREOLE AND THE COCONUTS – OFF THE COAST OF ME
Another great pop artist whose music had strange undercurrents and subject matter. The lyrics get dark in places but are nicely balanced up by the tropical elements.

DAF – GOLDENES SPIELZUG
A really simple melody that steadily gets hypnotic and addictive. Again, it’s the mixture of melody against an unsettling background that appeals and was an influence on ourselves.

COB – SPIRIT OF LOVE
I love the peaceful and calming effect of Spirit of Love. The sentiments of belief in people and love are spot-on. Clive Palmer was an inspirational figure and represented a better world to me — a world that is sadly disappearing.

LIEUTENANT PIGEON – MOULDY OLD DOUGH
A ’70s dancefloor smash with some pretty inventive twists on 12-bar boogie and music hall. I’m really into the possibilities of mangling 12-bar riffs into something exciting.

THE SCREAMERS – I’M A MENSCH
Life-affirming synthpunk from San Francisco’s Screamers. They’ve always been influential by achieving a raw sound without resorting to guitars. They should have been massive; singer Tomata du Plenty was a true star.

FUN BOY THREE – I DON’T BELIEVE IT
The swing rhythms and exotic percussion make the first Fun Boy Three album unique and essential listening. The music-hall melodies give it a sense of otherness and as ever Terry Hall’s lyrics are funny and incisive.

MARSHMALLOW OVERCOAT – TRAFFIC HUG
A massively underrated Liverpool band featuring the legendary Barry Sutton, later of The La’s. This came out in ’85 and I’m still trying to make sense of it. They could have been contenders but sadly only released one mini-album on New Brighton’s Skysaw label.

FAD GADGET – FIRESIDE FAVOURITES
An acute sense of feeling pissed off permeates everything and transports you back to 1980. Perverse and brilliant, Fad Gadget were an absolute one-off. The primitive rhythms and domestic lyrics make for an irresistible combination.

Clinic’s latest slice of psychedelic avant-pop music, ‘Fantasy Island’, is now available through their longtime label Domino Records. Stream it in full below, along with some clips from their back catalogue. 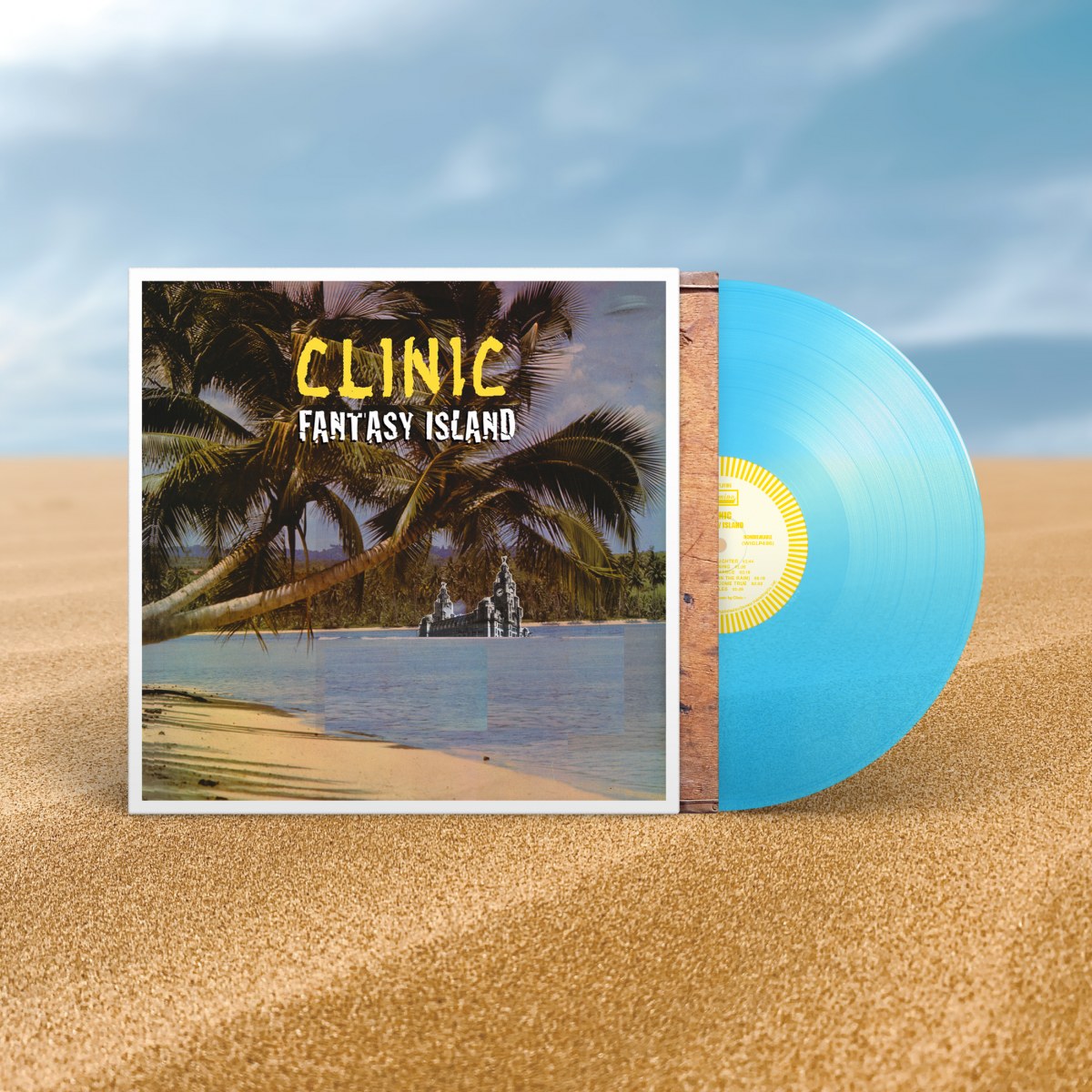