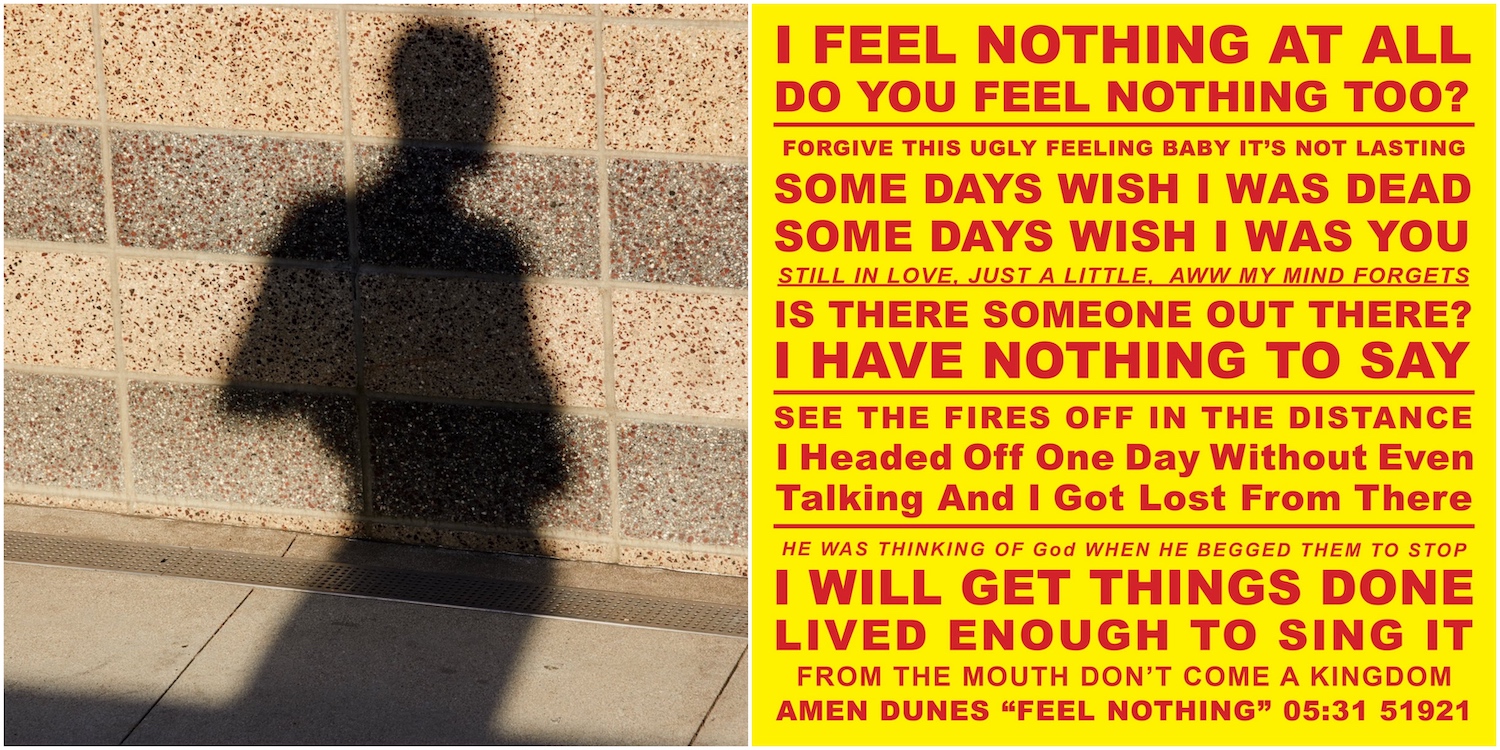 Amen Dunes has unveiled his first sign of life since 2018. Streaming below and available to download via Bandcamp, “Feel Nothing” brings Panoram back into the fold on synths and features a surprise appearance by a relatively subdued Sleaford Mods.

According to a press release, the single is Damon McMahon’s Sub Pop debut, heralding the “rhythm-heavy next chapter in Amen Dunes’ sound.” It’s unclear whether there’s an album title hiding in plain sight on the track’s sleeve, but we can tell you this: Grammy-winning producer Ariel Rechtshaid (Vampire Weekend, Charli XCX, Haim) cut “Feel Nothing” in his LA studio, so maybe this one’s gonna be as close as Amen Dunes comes to making an avant-pop record?