Baroness’ Drummer
Breaks Down 10 of His
Favorite Baroness Songs 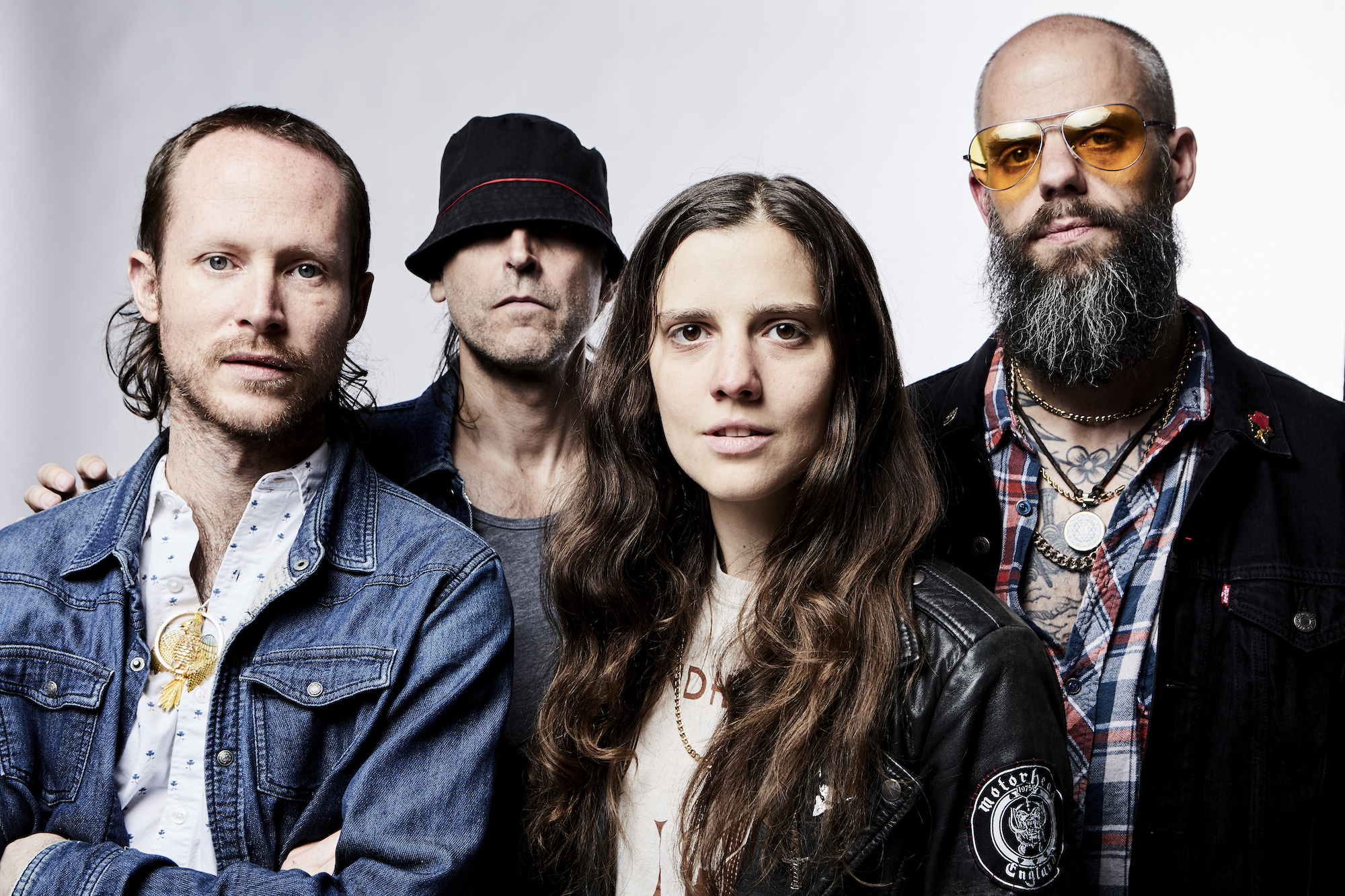 In 2013, Baroness suffered a serious bus accident while on tour in the UK. One of the consequences was that original drummer Allen Blickle was unable to tour any longer.

At the time, I had been working with my band Trans Am and my solo project Publicist. [Baroness frontman] John Baizley and I had some friends in common so we started talking and I went down to Philly to rehearse / audition for the band.

Trans Am was slowing down, so the timing was good for me personally. Since joining Baroness, we have toured extensively and released two albums, Purple and Gold & Grey.

I obviously don’t have intimate firsthand knowledge of how the albums before my time were written and recorded, but I do have my own perspective and connection to them now that I’ve been playing them for some years. Here is a quick introduction to Baroness for those new to the band from the point of view of the “new” drummer….

“ISAK”
I first started hearing about Baroness when Red came out. I was living in London at the time, but there was talk of a new style of American metal even there — one that didn’t shy away from its American roots. Mastodon and Baroness were the bands that everyone mentioned and I think “Isak” really encapsulates this southern sludgy riff metal.

As a drummer, there is an added attraction; the triplet bass drum pattern played with one foot is tricky, but is also one of the “hooks” of the song. I love a beat that is distinctive and memorable. This is a theme you’ll see repeated in this list. We play this song at pretty much every show.

“RAYS ON PINION”
Another great track off Red that we include in our live shows. I mention this song because unlike the sludge riffiness of “Isak,” here we can hear the American post-hardcore side of Baroness. The intro reminds me of the intro of “Turnover” by Fugazi. It’s like a cathartic combination of post-hardcore and post-rock.

I love how the track slowly speeds up as it builds in intensity; each the time the verse and chorus show up, they’re slightly faster.

“A HORSE CALLED GOLGOTHA”
This the first Baroness song I learned, so it’s special to me. It’s quite long and has many distinct parts that don’t necessarily repeat. It was my first introduction to the technique of through composition Baroness uses.

In standard pop music, the only sections that don’t repeat are intros, outros, and bridges. Baroness throws that tradition away.

“THE GNASHING”
When I first joined, I would play this song for friends who had never heard the band before. It combines a lot of Baroness elements — the slightly Appalachian intro combined with an almost Led Zeppelin-style gallop, leading into a pummeling epic ending.

One of the things I love about Baroness is that there are no reservations about expressing strong emotions. This is another favorite closer of ours on stage — a great closer. 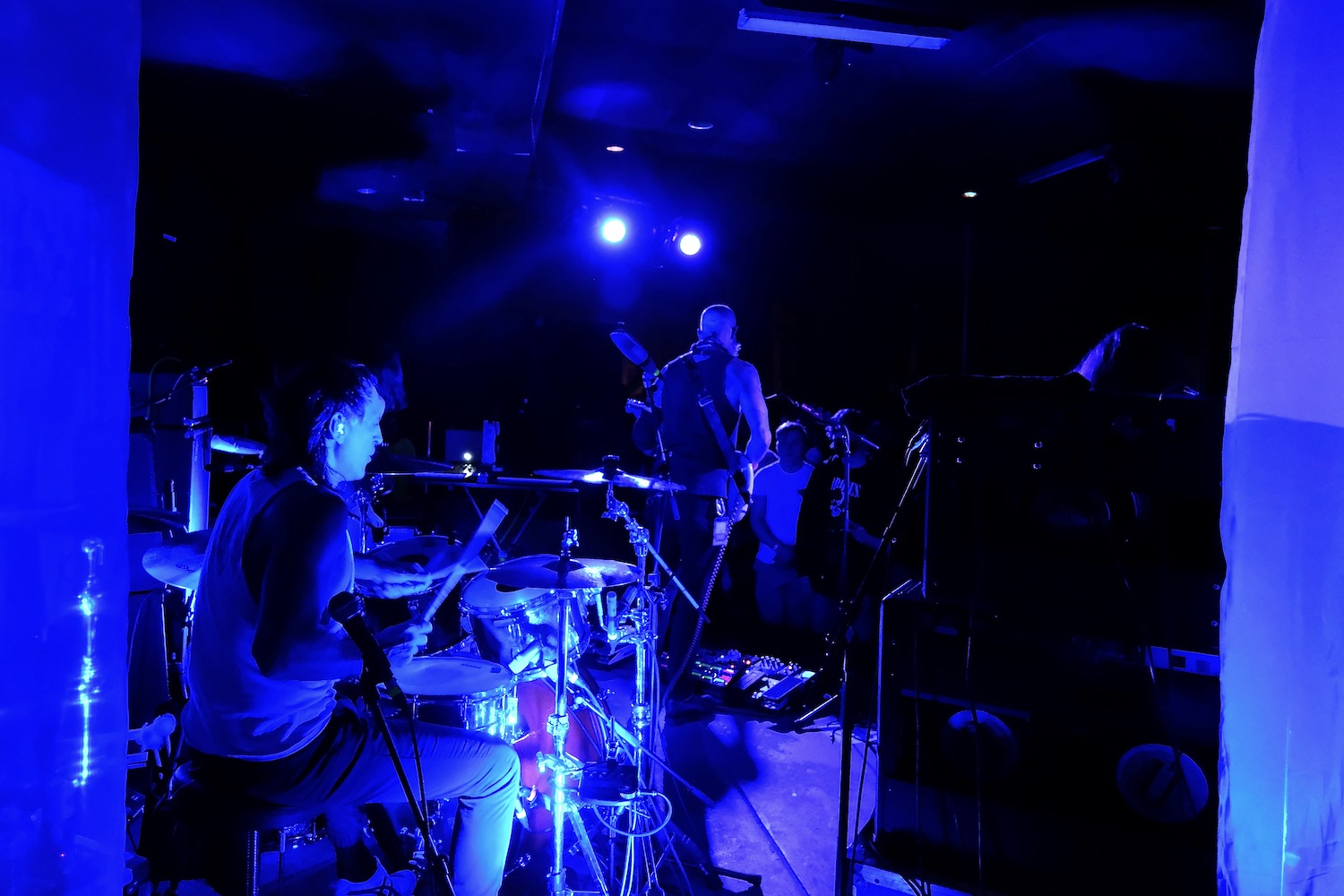 “MARCH TO THE SEA”
This is another song I learned when I first joined. I was going through an intense breakup at the time, so every time I hear the intro I still have some sort of automatic nostalgic reaction.

Maybe the simplest song we play, but in my mind a very successfully catchy one. As close to a traditional single as Baroness gets.

“GREEN THEME”
If you want to experience the pastoral, psychedelic side of Baroness this is the track for you. So much fun to play live as it’s all about the details in between the notes. It also gives us and the crowd a chance to breathe.

“KEROSENE”
Purple was the first album [bassist] Nick [Jost] and I played on. We worked on the songs for a year in John’s home studio before going to Dave Fridmann’s to track and mix.

Working on music is not a linear progression; it’s more of a punctuated equilibrium as the biologists say. You work, and try and question things, and every now and then things just explode; you know you have something good after second guessing for weeks.

“Kerosene” was that moment for us. We went upstairs to John’s dining room and listened to a demo of it and we all looked at each other like “we’ve got something here!” It was very exciting. Things started falling into place after that.

“IF I HAVE TO WAKE UP”
Before we started writing Purple, John and I made a list of grooves / beats we wanted on the album. We both agreed we should have a Purdie shuffle on it, something Baroness (or Trans Am) hadn’t recorded before.

The two most famous examples of Purdie shuffles would be “Fool in the Rain” by Led Zeppelin and “Rosanna” by Toto, but it’s named after Bernard Purdie, who played similar beats on a number of Steely Dan tracks.

None of those references are particularly heavy or obviously relevant to Baroness, of course, but that’s the excitement — taking inspiration from not very closely related music.

Anyway, this is great to play live; couples love making out to this. 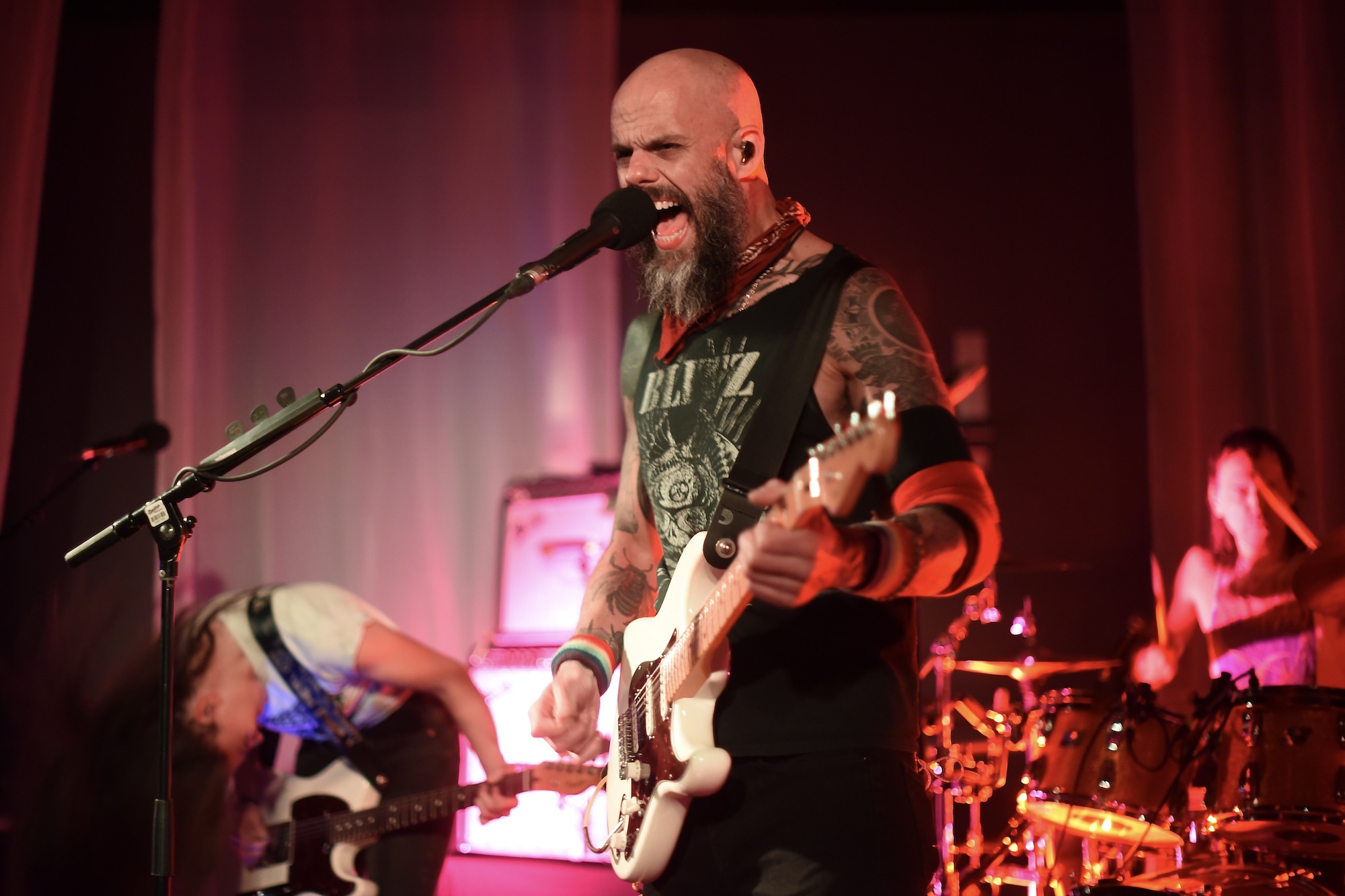 “SEASONS”
When I first joined Baroness, I was very aware of trying to continue the band’s aesthetic arc. I added my influences on Purple, of course, but I tried to keep them subtle. There are a million ways to play drums and I adapted to Allen’s playing; I wasn’t trying to just put Trans Am beats on Baroness riffs.

However, when we got the Gold & Grey I said to myself, “Why not? That actually sounds like a good experiment.” I presented the main beat and it became “Seasons.” It’s very much a Klaus Dinger-through-Stewart Copeland motorik / Krautrock groove — a feel I’ve used before on Trans Am tracks — but like I said before, using non-obvious influences is something we love to do.

It was [guitarist] Gina [Gleason]’s idea to use a blast beat on the chorus, and I’m glad she suggested it!

“TOURNIQUET”
We always have a number of what we call “ballads” on the albums. The challenge for me is to come up with a rhythmic concept that’s interesting but subtle and not distracting.

The “game” I came up with for this track was that every accent (usually on the bass drum) happens every fifth 1/16th note. Which basically means there is another completely different tempo hidden inside the song.

It’s most obvious when the whole band hits the accents with me at the end, but I love how if you don’t pay attention you don’t realize something tricky is happening. The end result is something you can bob your head to, but that is also slightly unnerving. 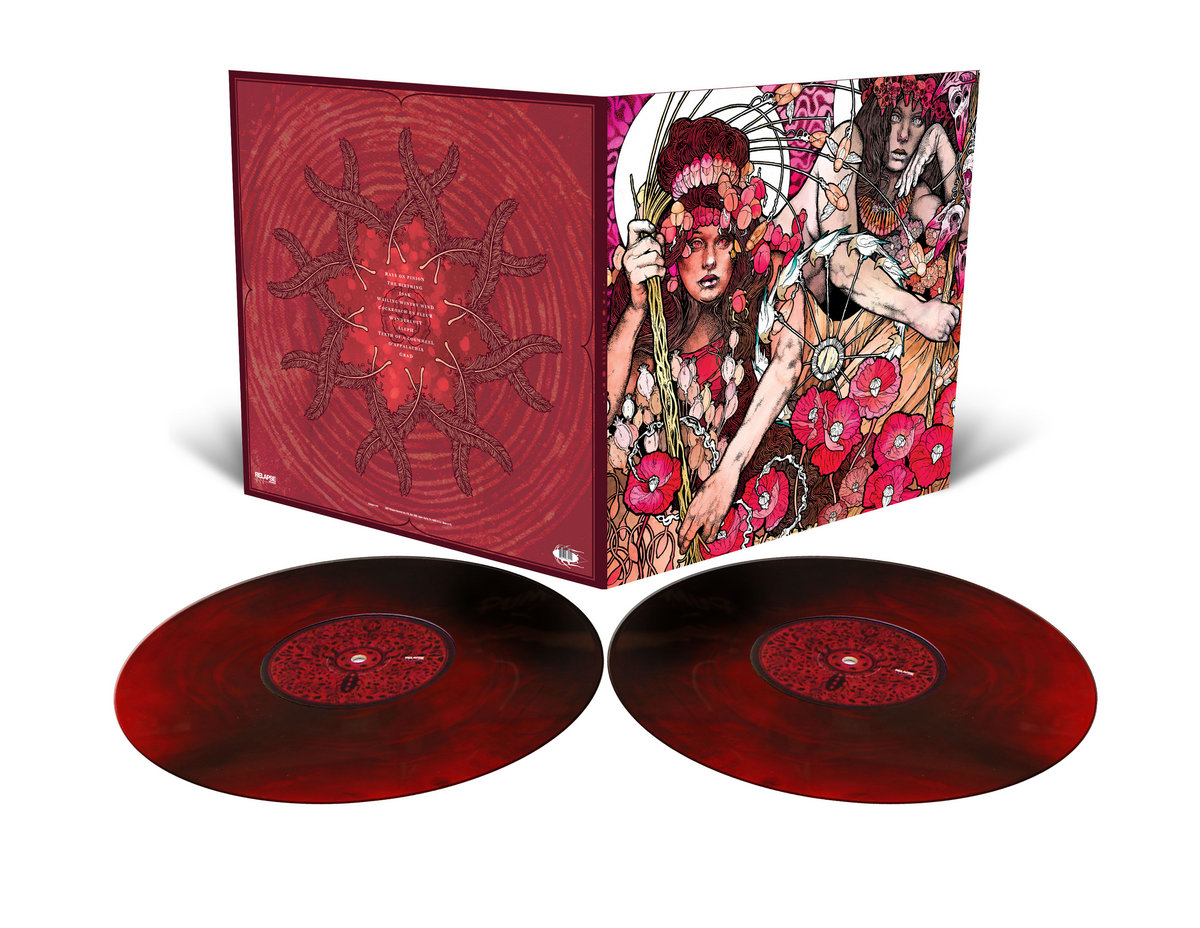 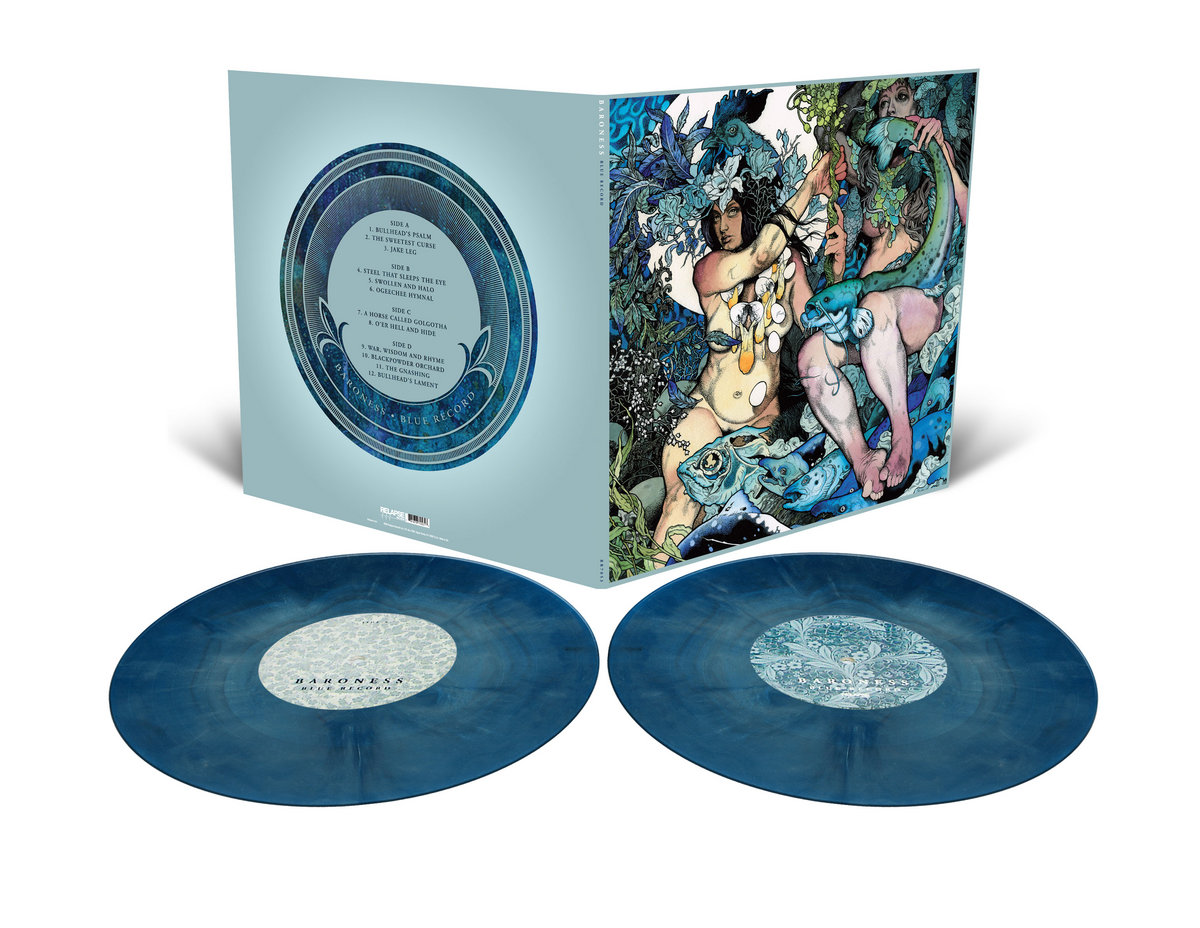 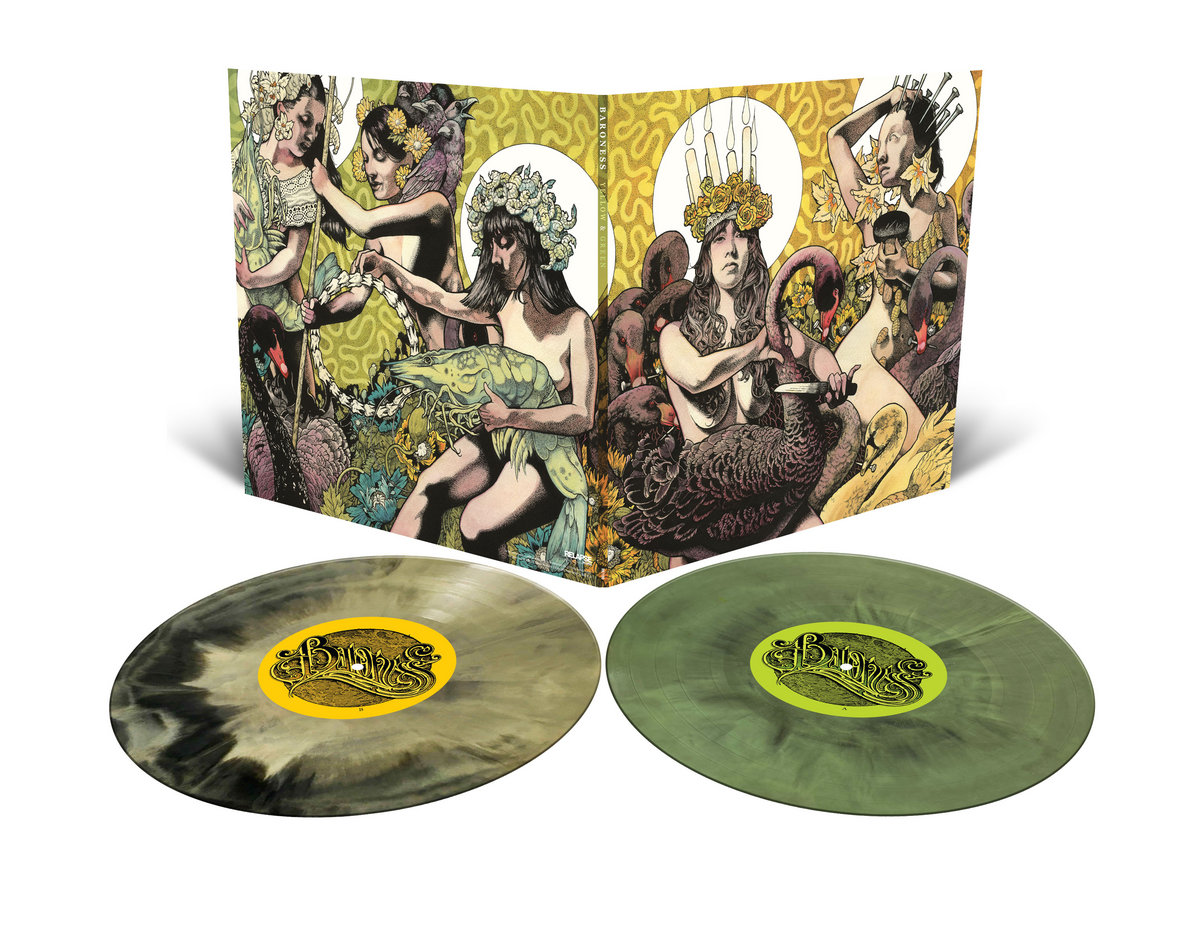 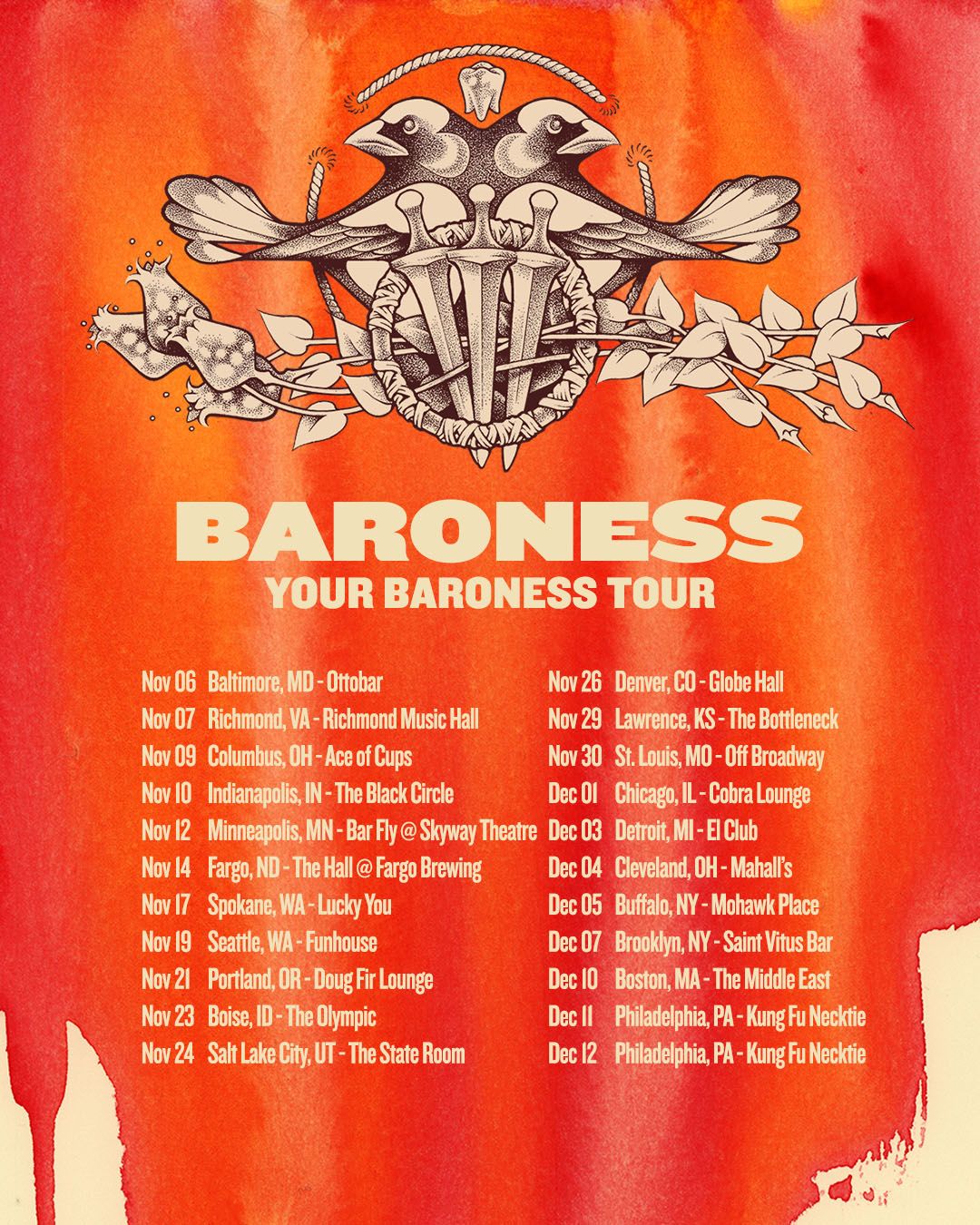