Beaches Make Us a Mix of Seasonal Songs, From The Shangri-Las to Lee Hazelwood 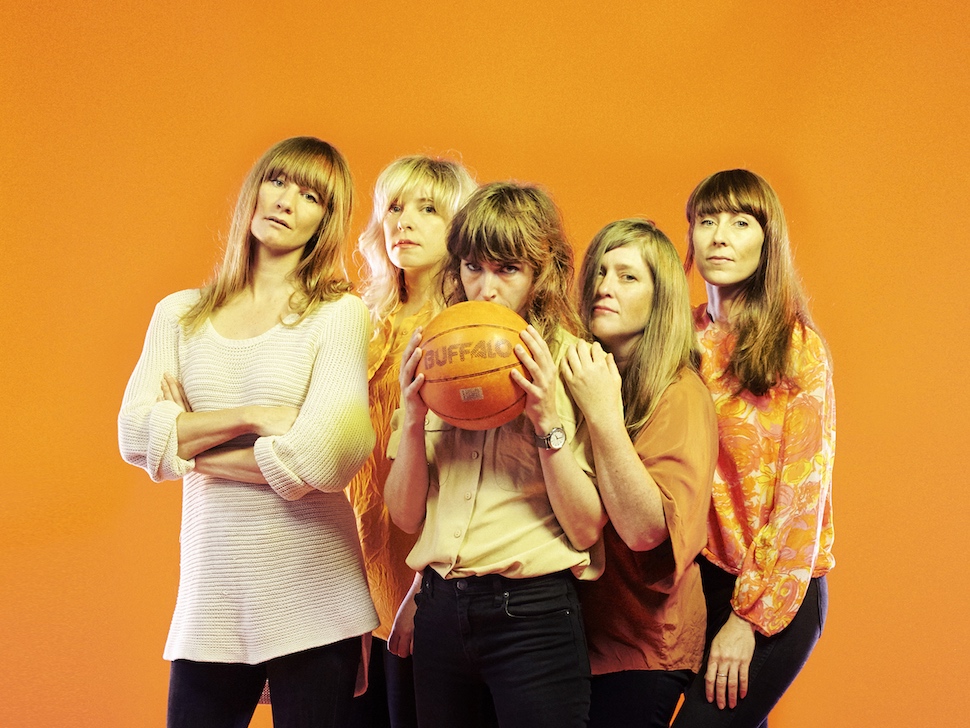 Our third (and FIRST DOUBLE) LP, Second of Spring, is coming out this Friday and it goes without saying it has been a long time coming. In a serendipitous move, our label (Melbourne’s Chapter Music) decided that the release date coincide with the the second week of spring here in the Southern Hemisphere.

Many of our northern brothers and sisters often associate Australia with year-round scorching heat, yet in Melbourne, this is not the case. We really feel the seasons and often not necessarily in their seasonal order. We have selected four songs each (except Karla, who went wild and chose six) that get us through the inconsistent meteorological happenings in our southern city. We hope you enjoy this Spotify playlist as much as we do….

The closing track on To Whom it May Concern concludes this rather melancholic collection of songs in the most strange and unsuspecting way. I love the combination of off-kilter Moog and almost paganistic slow percussion and chanting vocals by the brothers Gibb. Our first show to kick off our album launches will be in Brisbane, the city where Barry, Robin and Maurice spent their youth. I think that’s pretty lovely.

I went through a Demis Roussous period last summer. I picked up a copy of Forever and Ever on a whim and it was on high rotation for a good while. “Lovely Sunny Days” starts off as a conventional pop-folk song but it then goes somewhere special. His trademark soaring vibrato is filled with yearning and the backing vocals are superb; the interplay of the end refrain with the synth is marvellous. While we were mixing the album, John Lee (our engineer and co-producer) noted a tinge of Aphrodite’s Child on one of our recordings. I thought it was only fitting that I include a Demis track in this playlist. What a beautiful man he was.

“Let those ‘I-don’t-care-days’ begin, I’m tired of holding my stomach in.” Hazlewood’s mixture of pathos and wry humour at its best. A beautiful song to slow dance to as well.

If I lived in the Northern Hemisphere I would listen to this over and over while getting drunk on Christmas wine. The production on this song is so good. That percussion! Bunyan’s voice is beautiful. Her first “Baby, baby…” is heart melting.

The horns (sax girl right here), key change, and the ridiculously beautiful sentiment. I’ve loved this song for a long time. Chris Montez’s version is the one and only.

Townes Van Zandt is such heartbreak in any and every season.

Terry! So much fun. Terry have the best songs—“Hot Heads in the middle of September.”

I love the mystery of Bobbie and how philosophical she always sounds, especially when speaking of love and time – two of my favourite things. What a brilliant lyricist.

“A field of diamonds beckon, waving to and fro.”

“Spring” is the third song from one of our all-time favourite albums, Now by ’70s South Korean folk-psych chanteuse Kim Jung Mi. As close as you can get to pop perfection with the help of legendary guitarist Shin Joong Hyun.

One of our oldest and best mates, Craig Dermody, lamenting past relationships in the depth of a cold relentless Melbourne winter. We love you Craigy.

The best season of all.

Kim Deal is a genius. How she gets songs to exist on a string, where instruments and voices drop in and out, and somehow throughout these elaborate sequences the song still sounds fluid and effortless, will keep me in heady awe every time. Oh and remember, “Summer is ready, when you are…”

This song brings back memories of so many parties, as my friends and I drank and laughed our way through the hours of the night. Seems a stark contrast as I now write this in the cold hours of the morning, seen through the eyes of being up all night with a newborn. Oh parties… I miss you. Lucky I’ve always got this song to remind me frivolity still exists. The instrumental solo reminds me of some sort of bacchanalian dance happening. I think it must be the flutes?

The steps in this song are brilliant. Is it building up or down? So much Pathos! Where’s it going to? I don’t know, but it’s a little bit brilliant.

Not a season, though the all-pervasive wind is not limited to one, and Kim Jung Mi should not be limited to one song on this list. When spring’s really hitting that sweet spot, this record finds its way onto my turntable and doesn’t come off for a while. This is the most rockin’ track; it’s determined and motivated. Translations say it’s all about conjured visions and the wish to be everywhere and know everything…. Why not, eh?

A lesson perhaps in how to deal with the depths of a metaphoric winter. The persistent riff and beat creates a structure in which trouble/boredom/woe is picked up, drilled through, melted down, dismantled and chucked around a bit, a lot, into an unruly fresh mess in a new space and time. Excellent. Yes. Thank you.

This song just feels like spring. The jaunt cheek and cool confidence (but of course; it’s Lou) suggests an internal season has turned (or walked through a door), and that the warm fuzz of new feelings are about to heat up. I’m choosing to interpret this as a new spark of new romance…. Naive? Yeah partially—probably. But it’s hot. Feel it.

Pretty straightforward romantic realism from Neil and Crazy Horse, waiting out an absence of sunshine and dreams, longing for the romantic surrealism that is one of life’s best vibes. Right?

A late summer tragedy that could only be delivered by the Shangri-La’s and Shadow Morton. The clear blue summer skies full of hope, dreams, sweet memories and sounds of seabirds, finger clicks, and hushed tones have been crushed like a soda pop can, or the wrapper of the burger that spilt all over your favourite dress and compressed into a heavy leaden heart, compounded by the weighty piano and vocal melodrama. And it was probably driven right over by the baby blue Coupe de Ville in which you jumped into on that first dreamy date to the sandy shore.

Another summer (very mellow) drama. Sure, Bananarama are a bit bummed out about being stuck in London in the height of summer, but they’re still dancing around in homemade coveralls and having a pretty okay time. I’m sure they probably would’ve given the city a lacklustre-but-assured forks and split to the south of France as soon as they’d finished this track and had a blast! The message for me is beach or bust, bebes!