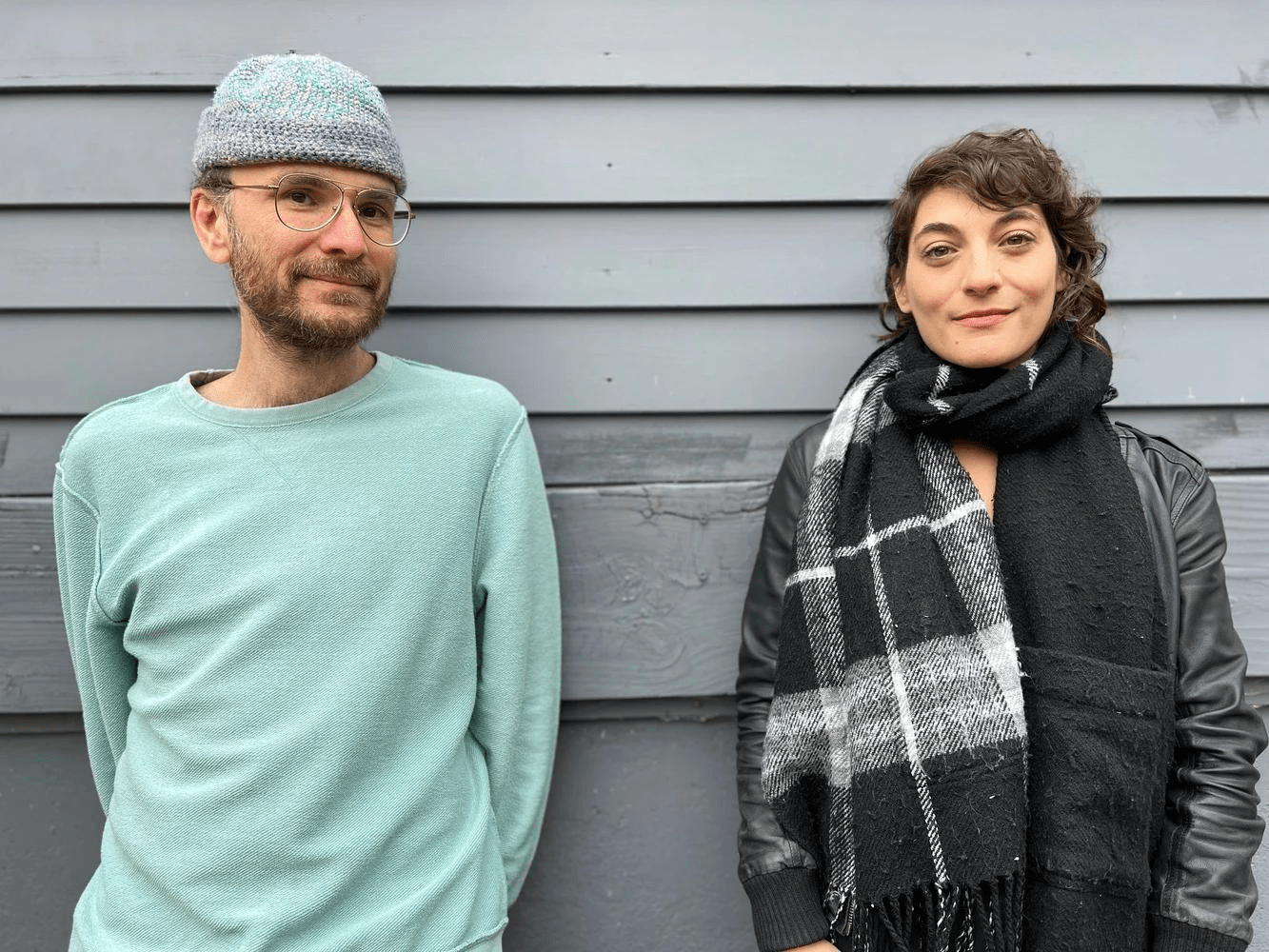 Having recently heard that Ben Vida and Lea Bertucci‘s first collection of improv-heavy compositions (Murmurations) has opened the door to further collaborations as a duo, we figured it wouldn’t hurt to ask how everything came together and what’s lurking just over the horizon for the two mind-bending multi-instrumentalists.

Here’s what they had to say when we let their thoughts roam free over email…. 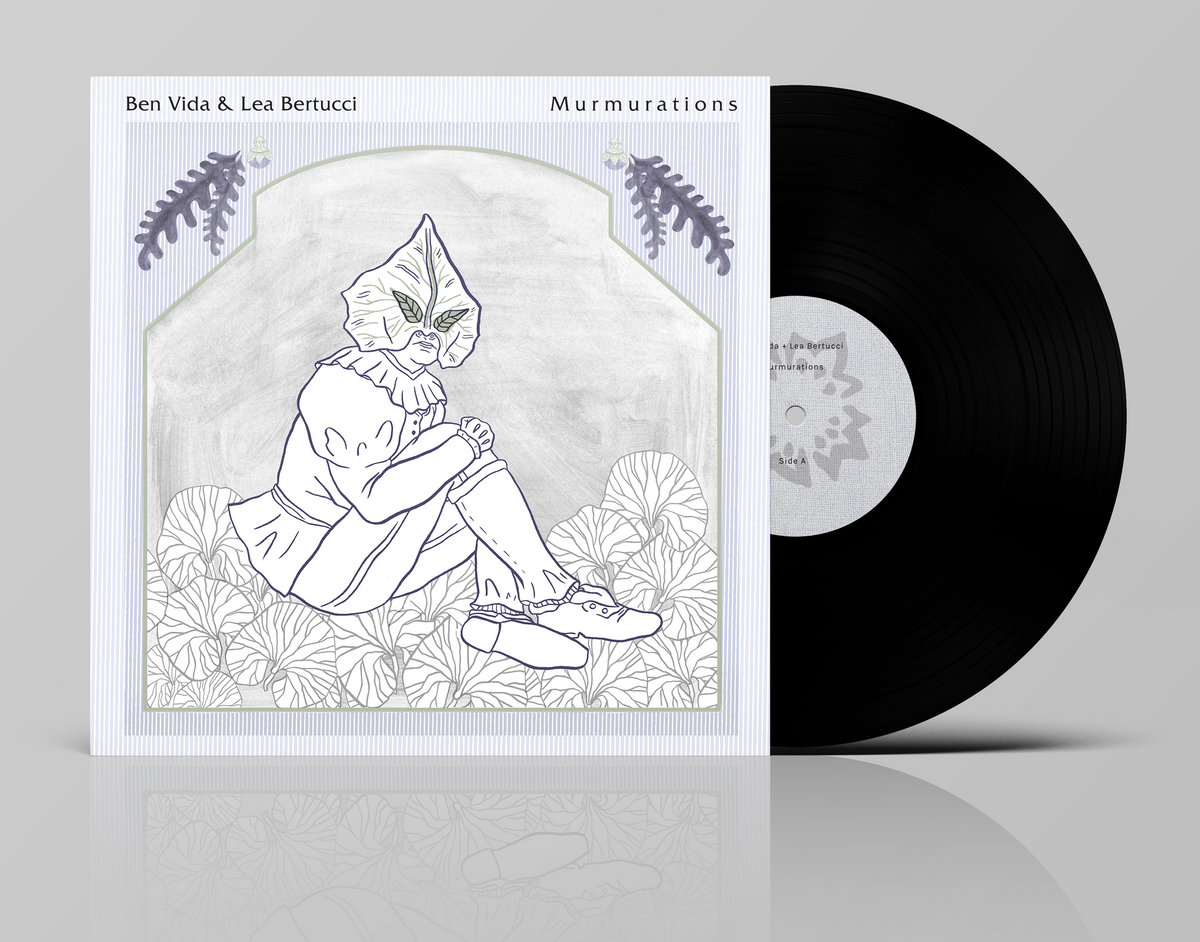 Ben Vida: We made this record so casually; it was as if we were learning about what it was in the real time of recording it. Since then I have found myself listening to other records sort of through the lens of the project and keep finding recordings that, for me resonate with what we are doing:

Human Music by Don Cherry and Jon Appleton
Luigi Nono’s tape music
David Avidor and Nicole V. Gagné’s AGAMEMNON (though you played me this before we got started…)

How has your ear for this project changed as we have continued to work?

Leah Bertuci: It’s funny, because I feel like every time we play together, we expand into new territory. Certainly our Murmurations record has established a language of sounds – of breath and texture, of interior rumblings and synthetic gestures, of words mangled and extended. However, we have also been adding new elements: the mbira, different vocal techniques…. So the universe is constantly expanding! It seems like Murmurations is only the jumping off point.

Ben: I think the use of both of our voices has been the biggest surprise for me. It’s a space that I love but hadn’t expected to dig into as much as we have. From our conversations it feels like it has become more of a foundation to work forward from.

Leah: It really was an experiment that took off in a wonderfully surprising direction, and I think that is very much the point of music that is based in explorations of the unknown. It is certainly a big leap for me to finally use my own voice in my music. But it makes sense within the world of sounds we are getting into, which is a very humanistic one in which the details of overamplified breath sounds reveal the fragility of embodiment. I like that our collaboration was born out of conversations we were having just as friends, so the fact that we are utilizing language now the way we are is appropriate.

Ben: It seems like we are opening the door on something that might have something to do with experimental theatre (uh oh)….

Leah: Ah yes, and poetics! There is so much room to work in this vein, expanding out toward experimental opera in the spirit of other contemporary explorers.

Ben: Almost everything is breath and air with this music, and also, the folding back and braiding together of each new recording session. That the language is discovered through the immediacy and tempo of improvising but then reviewed, reconsidered and reworked within the tempo of listening. Very different ways of experiencing the work. That temporal shift then informs the next performance and improvisation — and on and on….

Leah: It’s a pretty unique approach to improvisation. First we recorded sounds of me playing bass clarinet, alto sax and wooden flute, which then you chopped up into samples. These samples were the initial fodder for our improvisations as you processed them through your synth, giving me a sort of field of sound to play with live. A kind of refraction and real-time reimagining of the sounds themselves.

The new wonderful discovery we have made of late is what happens when we bring in other collaborators into our world. We recently played a show in upstate New York, organized by Notice Recordings, in which we just used our voices, and invited our friend Ric Royer, who is a poet and performance artist, to moderate a totally wacked out artist talk in which we cracked apart language, took the piss out of the artist talk format in general, and made some fun music in the process.

Lea Bertucci: A Visible Length of Light + Duo with Ben Vida from Roulette Intermedium on Vimeo.

Ben: It was amazing to bring in Ric and to upset the duo with his presence. All of a sudden we are an improv comedy act. Well, maybe not, but to shift the focus of the voice from texture to text is really interesting and fun. I found that my poor brain was short circuiting around language and that that was great. You get the feeling that as we do more of this kind of performing that the words would just begin to flow with less and less thought.

After our most recent show at Oto in London a person came up to me to ask if the language we were using was scored — had we been working from a script. And this is something we chat about: how to develop the textual language alongside the sonic language. Up to this point, we have worked together as improvisers which is cool, but I am feeling more and more interested in seeing what might happen as we consider formal structures ahead of time. I am interested to see what type of spaces might open up once we have a road map.

Leah: It seems like this is the natural progression, from going to a stream of consciousness style improvisatory method to one in which we purposely and precisely use language to achieve a greater goal. I’m interested in the possibilities of developing a radio play or an opera, in which we can really dive deeply into more conceptual territories, and write some bonkers poetry. Obviously, the work of pioneers like Robert Ashley are at the forefront of my mind, but I think also the musical style in which we operate would create a distinction there.

Ben: I know we have this desire to plunge headlong into the inexplicable or absurd. I am wondering if by putting in place certain parameters we might open up space to get to something more unknown and uncomfortable. Bad taste and questionable intentions; might this be the way forward?

Leah: This project is just actually so fun to do. There is a certain kind of playfulness that I want to retain, but in the way that sometimes laughing can turn into crying, like unless I laugh, I will probably cry or wretch at the state of the world, I think that using absurdity can be a great way to bridge the playful and uncomfortable. 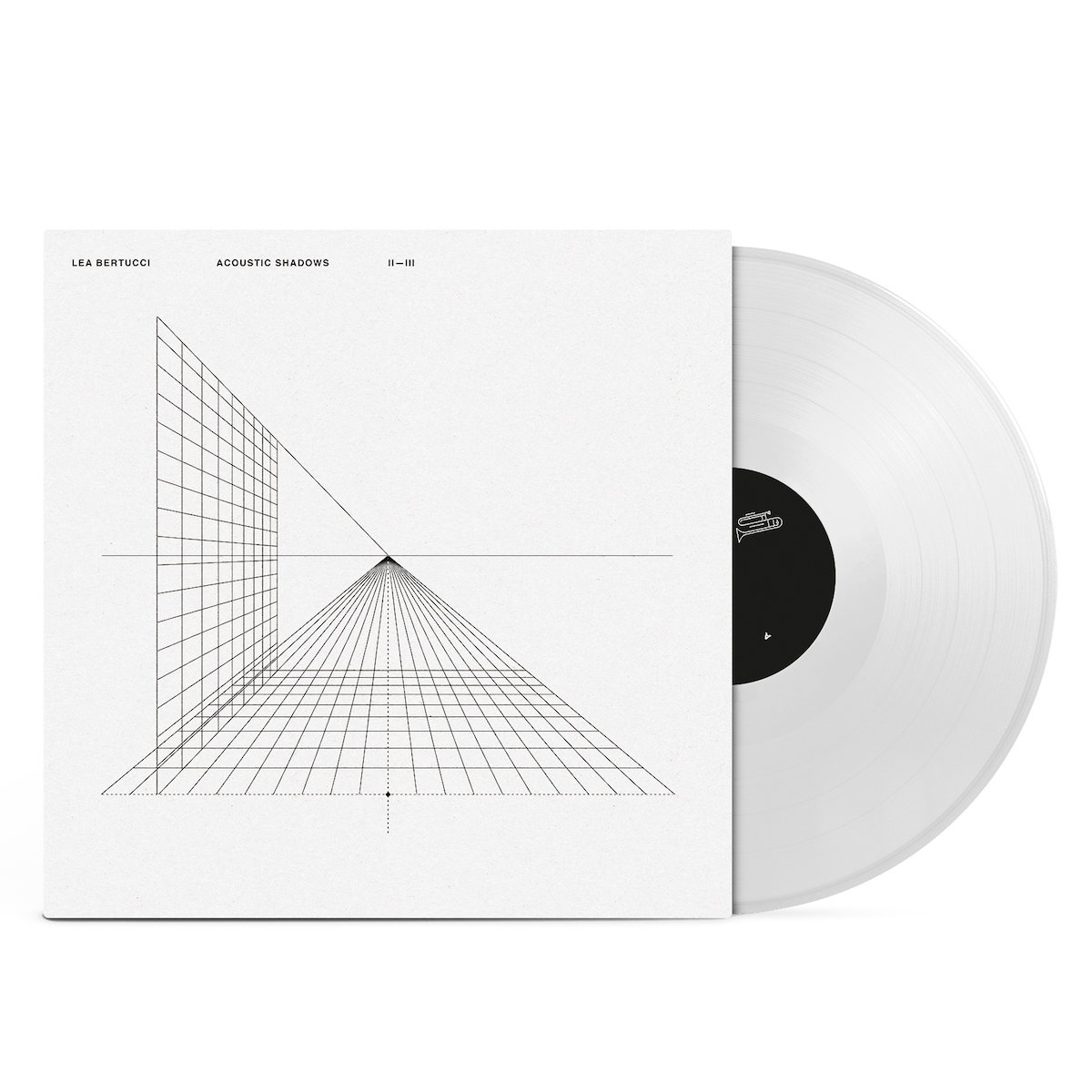 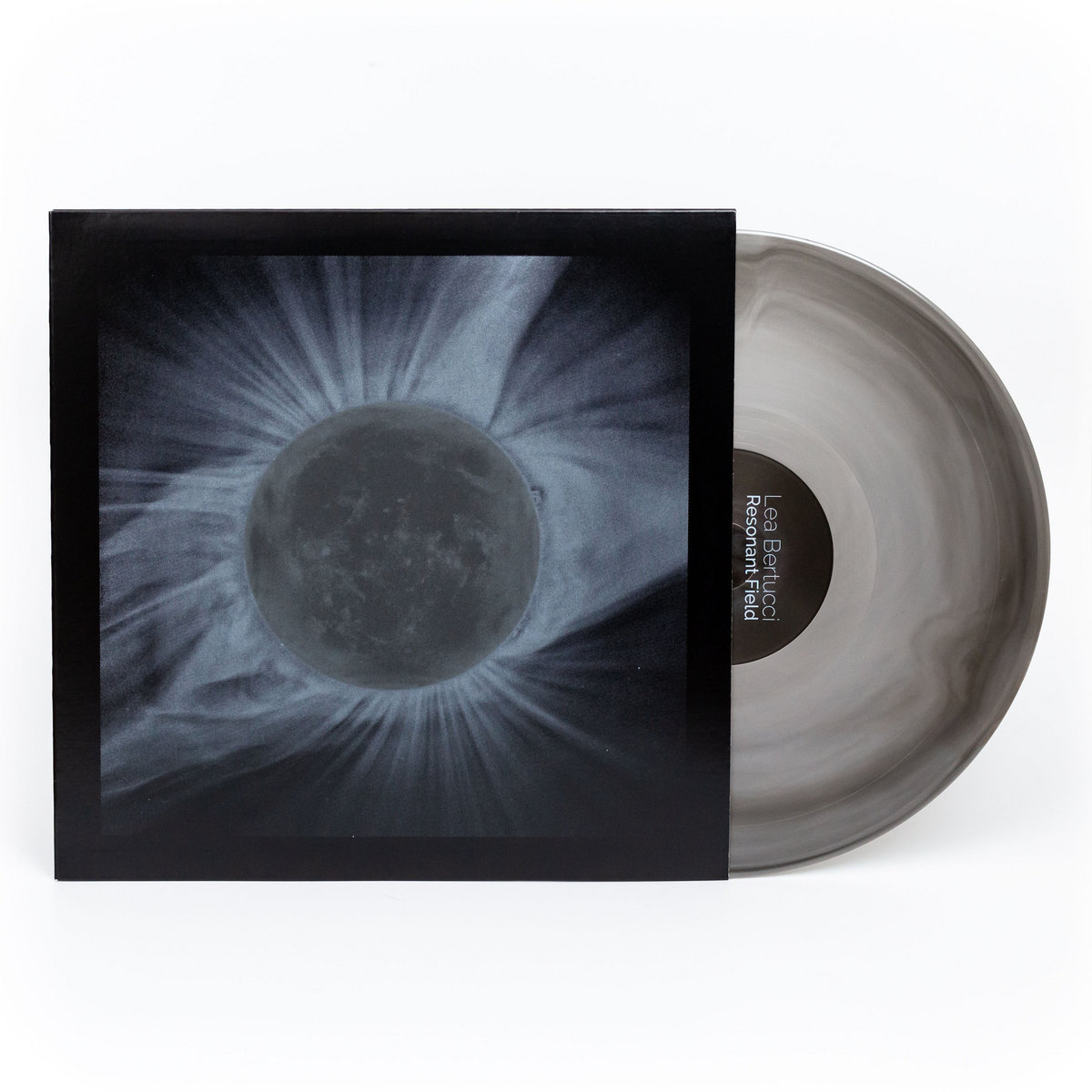 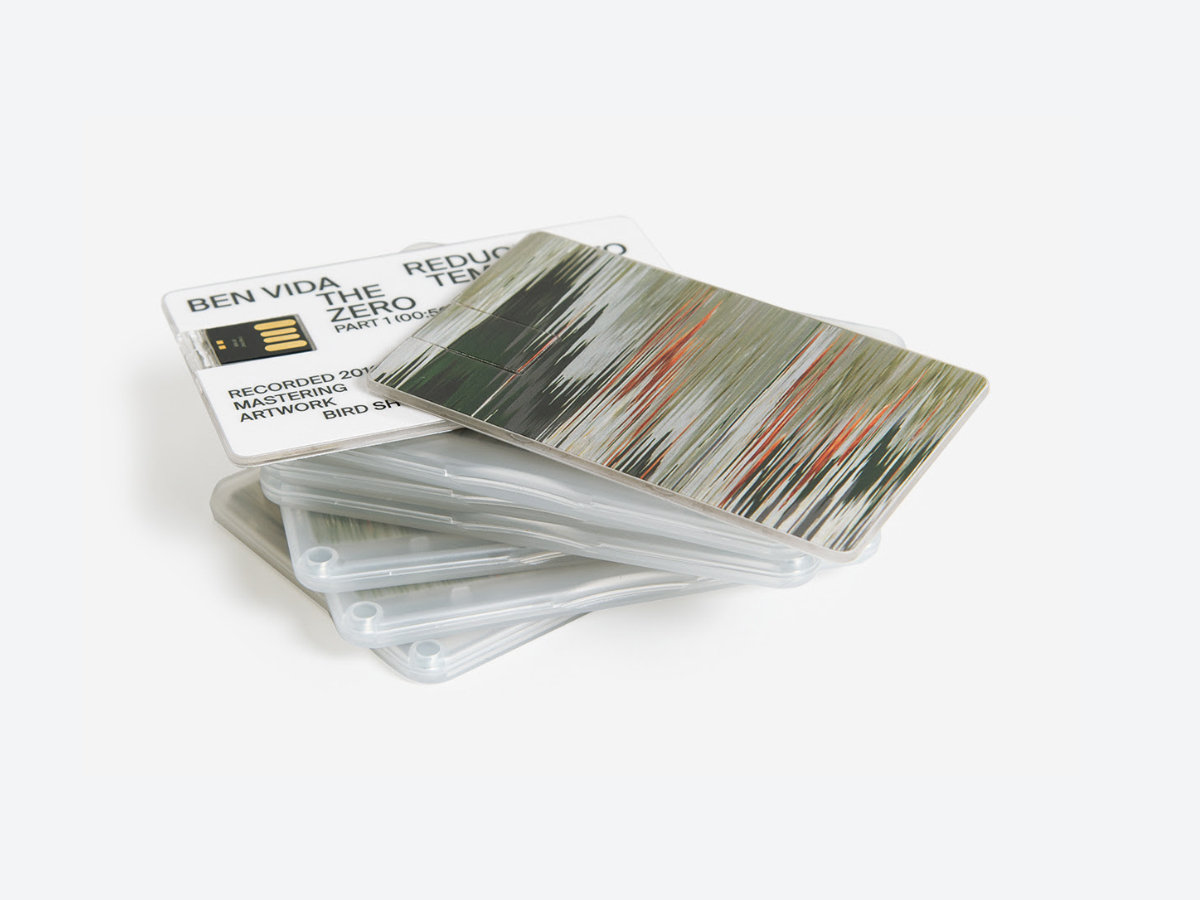 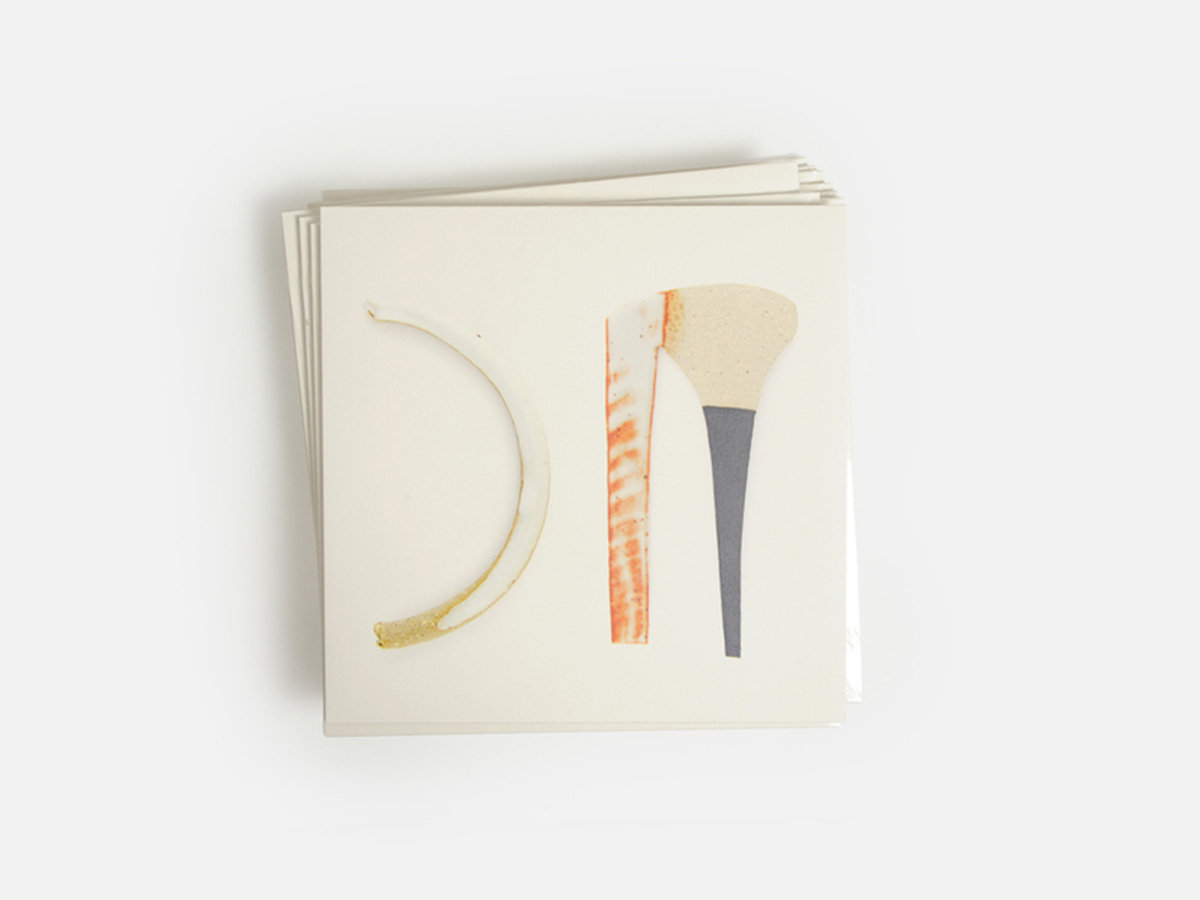