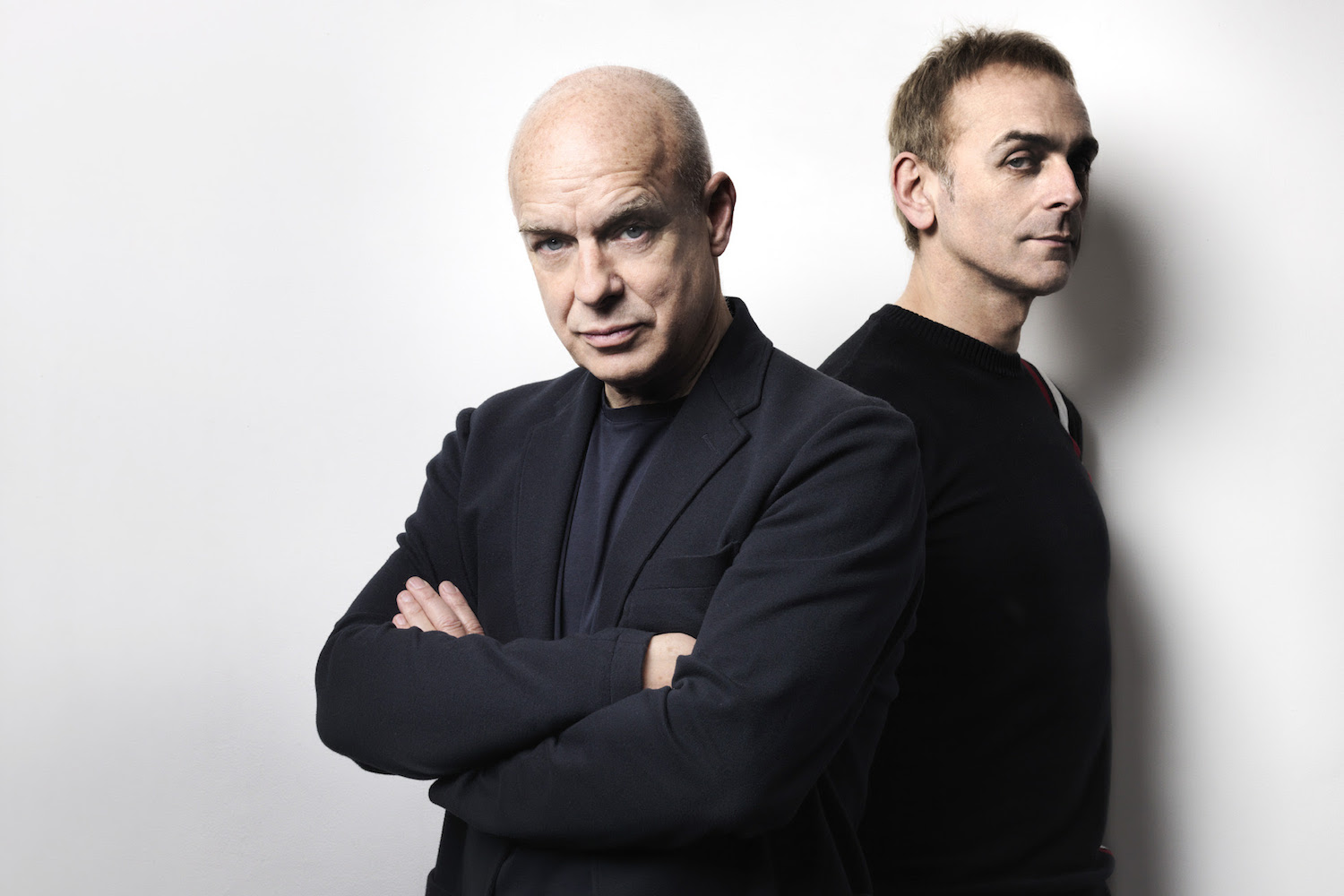 If you’re one of the noise purists who thought yesterday’s heretical fusion of Metal Machine Music and Music For Airports upset the cosmos in some way, the lead single from Brian Eno and Karl Hyde’s debut record should help restore some balance to your fragile being. Featuring a bright arrangement of brassy horns, subdued beats and elegantly blended melodies, “The Satellites” makes Someday World sound like it’s going to be as close to a straight-up pop album as either of its lead players have allowed themselves to be in years. It also features Eno’s daughter and former Roxy Music bandmate Andy Mackay, so the odds of this album being a family affair—literally and figuratively—are high.

‘Someday World’ is due out May 5th through Warp. Read more about it here.

Previous Stream the New Black Lips Album Underneath the Rainbow
Next Bleep Celebrates 10th Anniversary With Exclusives From Gas, Dabrye and More