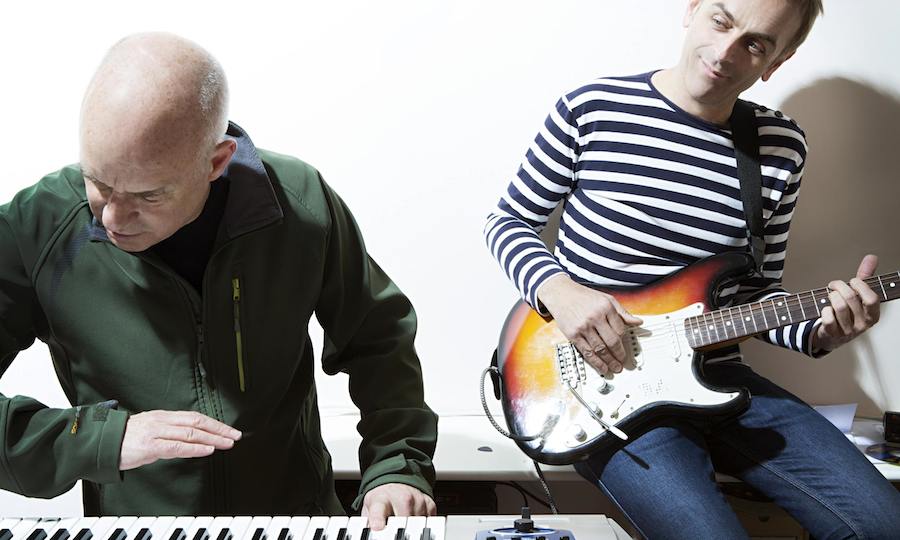 That avant-pop album Brian Eno and Karl Hyde released earlier this month? Apparently it was just the beginning of the pair’s collaborative work for Warp Records; as revealed this morning, the Eno • Hyde project is set to continue on June 30th with a new album called High Life. According to a press release, “the experiment drew inspiration from the repetitive minimalism of composers like Steve Reich and Philip Glass, and from the polyrhythmic music of Fela Kuti and funk, as well as continuing the work that Eno and Hyde have done separately.”

Or as Eno put it, “When Someday World was finished I felt like we were still on a roll and I wasn’t ready to stop working and get into ‘promotional mode’ for that record. So I suggested we immediately start on another album, a different one, where we extended some of the ideas we’d started, and attempted some of the ideas we hadn’t.”

“I wanted to work with a stripped down set of equipment,” Hyde added. “For this album I was very keen for Brian to live process my guitar playing so that we would be effecting one another’s performance, bouncing off each other, inspiring new combinations of polyrhythms.”

Check out the groove-locked, rhythmic workout of “DBF” below, along with cover art and a complete tracklisting…