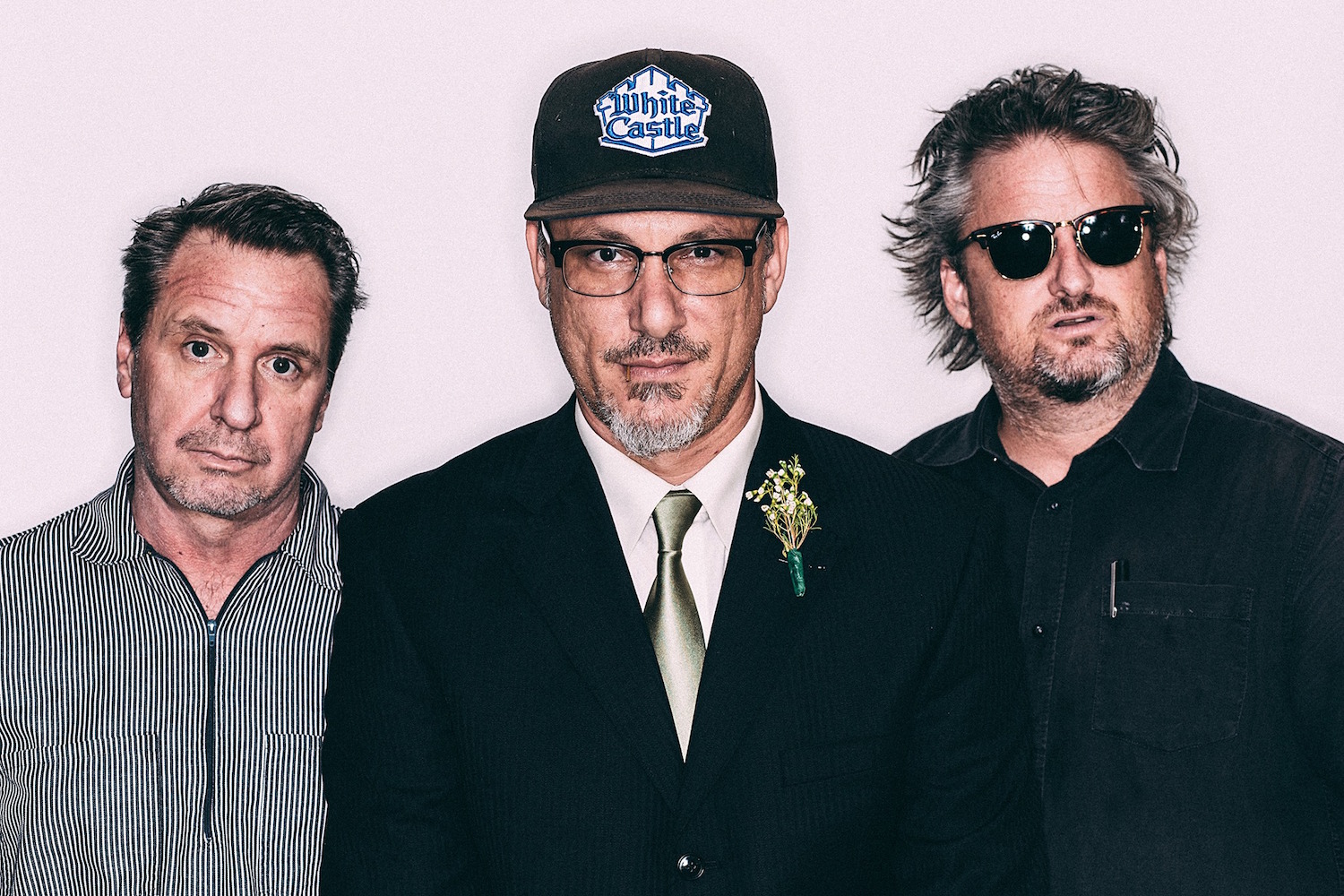 Tim Harrington may not be the first person any of us think of when it comes to remixes—he’s better known as the consummate showman who steers Les Savy Fav straight off the rails—but we can’t think of a more fitting commission for Cherubs’ upcoming EP, Fist in the Air. (Except for maybe Shit and Shine, and well, he’s on it too.) Here’s what Harrington had to say about his chopped and screwy version of the title track:

I’ve been a Cherubs fan since I heard their song on the 1994 Love and Napalm compilation Trance Syndicate put out. I was pretty obsessed with that record label and the whole Austin scene at that time. I didn’t get to Austin till ’96 touring with Les Savy Fav and was a little surprised to find the city and Emo’s only to be somewhat like the Mad Max post-apocalyptic nihilistic party world I had imagined. I assumed Heroin Man’s super hit “Baby Huey” was more of a documentary piece illustrating the good-time-Pinocchio-on-donkey-island life I longed for at the time.

Still, Austin was/is tops, and Cherubs remain one of my favorites. (Les Savy Fav begged them to do our ATP years back.) The new record is like Tabasco-flavored, shroom-laced manna from heaven. Getting to do a remix for them was an honor. “Fist in the Air” is a bitching tune (and hilarious title). When I got the stems, the only changes I wanted to make were to gun the engine till it shook out of control and caught fire. I might have gone a little overboard with the blowing out business but I needed to fit in 15+ years of fetishized chaos party.

‘Fists in the Air’ is due out February 26th through Brutal Panda. Pre-order your own 2×7” copy here, and check out a trailer for the band’s last record below, along with a complete stream and more new material.