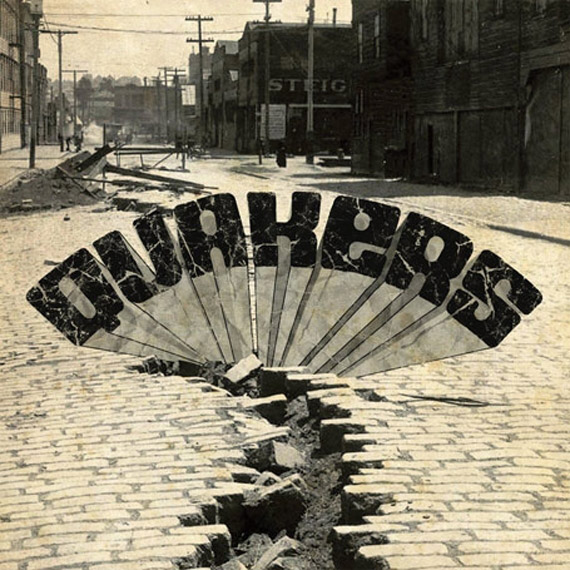 What To Expect: Geoff Barrow first alluded to this album in a self-titled interview a few years ago, promising “loads of underground people, a proper old-school posse. Dudes rapping about cash doesn’t really interest us.” The Portishead/Beak> co-founder also said that Quakers would fall right in line with Stones Throw’s patron producer Madlib, sounding “as rough as I can get it, really.”

All of the above pans out perfectly on the collective’s self-titled debut, a daunting 41-track disc that channels the Beat Konducta to a welcome point of pastiche, from the trio’s (rounded out by Katalyst and 7-Stu) ADD approach to their seemingly bottomless record crate. As cohesive as the record’s rhymes are–and there are many different flows on display here, including Guilty Simpson, Prince Po, MED, Dead Prez, and Aloe Blacc in full-on MC mode–there’s a reason its CD pressing includes an entire disc of instrumentals. Much like the underground hip-hop acts that captured a crossover audience in the late ’90s and early ’00s, Quakers treat their tracks like a sample-happy DJ set, cramming grimy Greek choruses, cop show keys, heated horns, jilted jazz, brutalized breaks, ragged Wu-Tang references and psych-infused quick cuts in the mix.

In other words, this is a rock solid Stones Throw record, through and through, not some swiftly produced side project of that guy from Portishead. Almost makes you wish Madlib and Barrow would team up as Madbeak or Quasimoto and Friends.