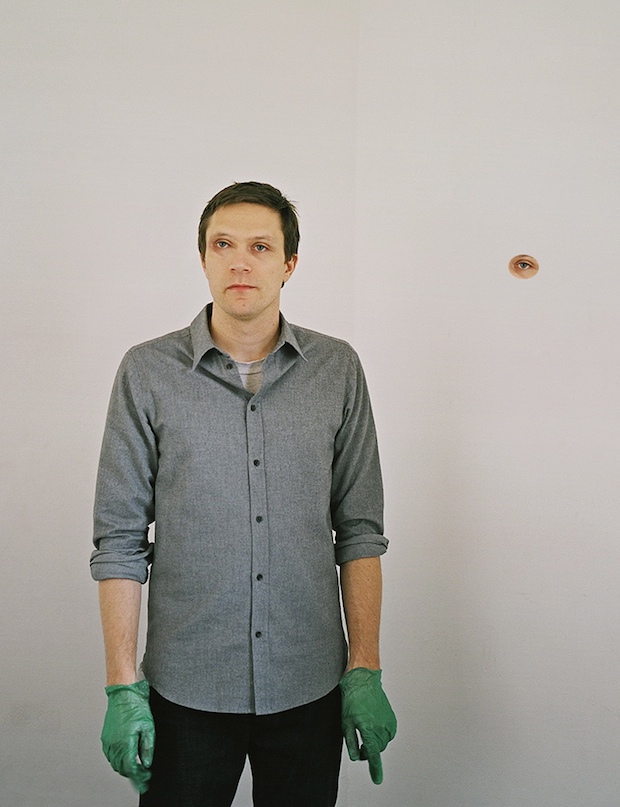 We’ve been fans of Soundscreen Design’s Artist Music Journal series–limited edition art books featuring everyone from Black Dice’s Bjorn Copeland to Lungfish’s Daniel Higgs–for a while now. In fact, we’re running a longer story on it next week. In the meantime, Brian Roettinger shared some details surrounding his collaboration with No Age, the first Artist Music Journal to include a 10-inch of exclusive material. You can pre-order one of 1,000 hand-numbered copies (available next Tuesday, August 31) here.

The quick back story: Roettinger launched Hand Held Heart as a record label in 1998. It evolved into a multi-medium design studio six years later, with projects for such artists as Pretty Girls Make Graves, Death From Above 1979, Liars, and his longest-running client, No Age. (Roettinger’s design work on their Sub Pop debut, Nouns, was nominated for a Best Album Packaging Grammy.)

On the themes that connect the music and art on No Age’s Artist Music Journal:
Sampling or remixing. Using pre-existing material to make something new, much like a remix. Using found and existing elements as ingredients.

On what made him say yes to the series:
I find it compelling when books, journals and ‘zine-like objects are intended to be a work of art itself.

On the visuals this time around:
I was in search for a new collage. I wanted to try and produce something where the outcome would be completely unexpected. In the end, it’s an index and a collection of works that represent the tracks on the 10-inch. I used magazine pages as the source. Essentially the collages were a remix of the page–207 pages in total. It’s also an ironic reference to the nature of magazines.

And the music itself:
This was the first time we collaborated musically. Every other instance has been a design collaboration. We’re very familiar with each others’ working process and share a lot of similar ideas, be it music or design, so the collaboration process was really no different. In this case, for months we would constantly share ideas of what we wanted to do and when we finally had the moment to record it was very immediate. It was, ‘Okay, let’s try this, this and this.’

So we knew how we wanted to make it, but were not really sure how it would sound, and I think it was a surprise to all of us. We made about an hour’s worth and just used the ingredients we felt most comfortable with. In the end, it was a lot more of them then it was me. They made it come to life.