Death From Above 1979 Discuss New Album, The Physical World 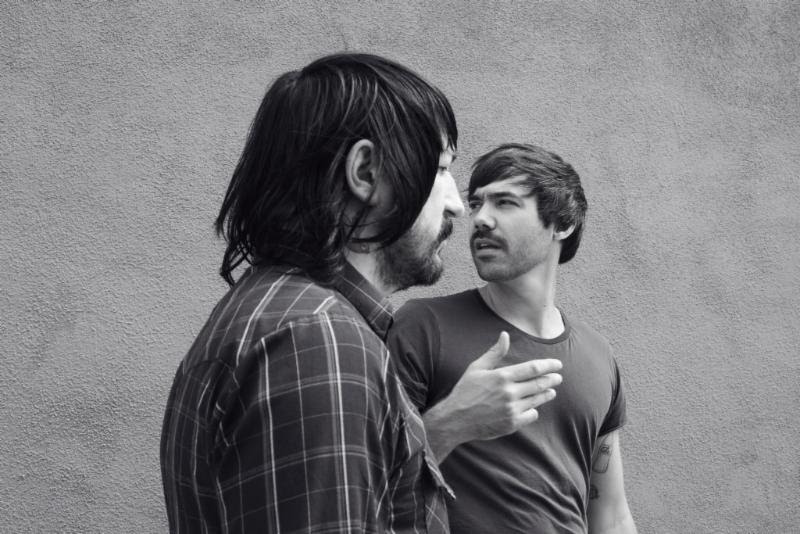 It’s taken them a couple side projects (MSTRKRFT, Sebastien Grainger and The Mountains) and nearly a decade, but Death From Above 1979 have finally wrapped their second album. Due out September 9th through Last Gang/Warner Bros., The Physical World was written in the duo’s hometown of Toronto and developed during sound checks throughout their reunion tour, which started with a riot-inducing stop at South by Southwest in 2011. While the duo’s last LP was self-produced, three-time GRAMMY-winner D. Sardy (Oasis, Marilyn Manson, The Black Angels) stepped in to track this one at several Los Angeles studios.

“The goodwill of reuniting doesn’t sustain you,” drummer/singer Sebastien Grainger says in this week’s issue of NME. “People wanted more music and we wanted to provide it for them.”

“When we started,” drummer Jesse Keller adds, “it quickly became apparent that if we tried to do this again, we could make a record that would satisfy us more.”

They needed a break first though. In fact, they literally didn’t see one another during their five-year split. “Even to this day I have friends that come up to me and say, ‘How are things with you and Jesse?'” Grainger explains. “‘Is it hard?’ And no, it’s not. But that narrative kept getting pushed in my face, so when we weren’t talking, you start to believe it.”

As for what The Physical World actually sounds like, NME says it’s “both heavier and more poppy than their debut,” with themes of mortality offset by willfully ridiculous tracks like “Right On, Frankenstein!” and “Virgins.”

“We’ll always take the piss and make a pop culture reference,” explains Grainger, “and say something that’s too heavy, all in one dinner.”