Death of Lovers Announce Debut Album on DAIS, The Acrobat 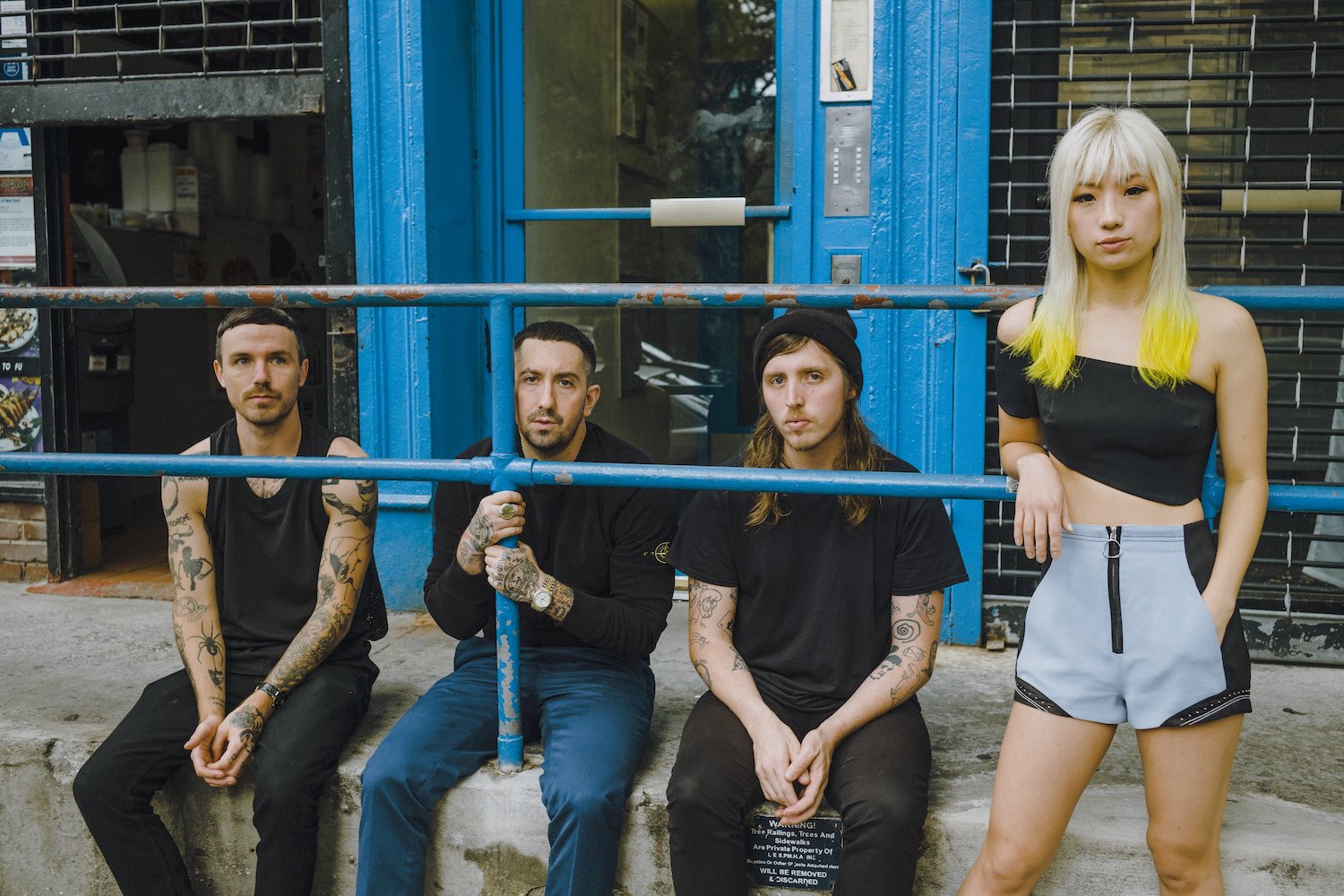 Good news, recovering goths and impatient Nothing fans; frontman Domenic Palermo, drummer Kyle Kimball, and bassist Nick Bassett have finally wrapped their first album under the name Death of Lovers. Due out November 24th on DAIS, The Acrobat was written and recorded over the past year with keyboardist CC Loo in between the band’s Nothing commitments.

“It was nice to have a certain bit of freedom from consistently writing both music and lyrical content in a certain manner,” Bassett says of the trio’s Acrobat sessions. “I felt I was able to explore a brighter side of all the chaos in this solar system and rather than amass myself under a blanket of hopelessness, kind of let it tickle me—at times anyway.”

Check out the Amanda Siegel clip for “The Absolute” below, along with tour dates, a complete stream of the group’s last EP, and a little more commentary from Nicky….

Since the release of our first EP in 2014 there have been many thoughts and directions whisking in and out our heads of what indeed the debut LP of Death Of Lovers would sound like. But since touring and writing has been nonstop it’s been virtually impossible to sit down and write. Until this past October, when we saw a small breach of light, and instead of collecting ourselves mentally and physically from the music overdosing, we jumped into another black hole of uncertainty and to be perfectly honest, it’s been my favorite recording process to date.

It’s nice when you can occasionally find yourself in that place where you see how amazing [life] is even though you’re completely aware of how utterly sad it is at the same time and feel okay about it. Maybe that’s positivity; I really hope not. I think we all understood that was the direction where this was going.

“The Absolute” took a whole new shape when I wrote vocal melodies to it, and once again lyrics. I was walking in Soho and there was a pop up shop for someone and the line was just… massive. The heat was belting down and everyone looked awful as they stood and waited for who knows what. I just thought to myself, ‘What a cruel world.’ The sun gives everything life and immediately just starts to burn it dead, and we all just go about our lives of wanting and needing shit that will 99-percent outlast us. I’m no different. I suppose the music got a lot more grim when Nick and myself put it together. Also convincing everyone that we needed a saxophone solo in it wasn’t easy. Previous Ryuichi Sakamoto Gets Remixed By Arca, Fennesz, Oneohtrix Point Never and More
Next Alex Cameron’s 5 Tips on Making the Music Industry Work For You