DIIV Will Reenact Your Dream For $10,000 At Special Houseworld Performance 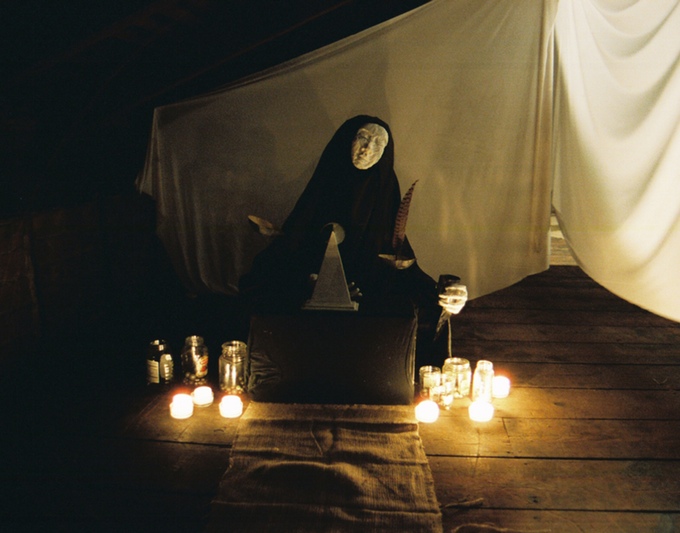 As much as we dug the dream logic of Sleep No More the first time we saw it, its tangential musical guests have mostly been mainstream affairs—artists looking for a bit of renewed cool cache, like Jim James and Sting.

DIIV doesn’t need that sort of thing, so we’d be lying if we said we weren’t intrigued by the proposition set forth by a new immersive theatre work called Houseworld. According to director/fellow local musician Andrew Hoepfner, the band has agreed to reenact the dreams of three fans for $10,000 each. This isn’t a cash grab on the eve of their new album; it’s a show of support for the production’s Kickstarter campaign, which promises the following as part of its “second season”:

Rather than occurring on a handful of secret nights, Houseworld will transform into a long running performance, publicized and open to the public. Season 2 will take place between September and November of 2015. It will be performed every Thursday, and twice each Friday and Saturday, for a total of 33 shows. With audiences of 30 guests each night, 1,000 people will attend Houseworld. In order to take these steps, we must be able to pay the cast, rent the venue, supply the performance with food and drink, pay for advertising, and insure the cast and audience. During Season 2, ticket sales will allow Houseworld to become self sustaining, and then, profitable. This fundraiser is to achieve the momentum Houseworld needs to cross that threshold.

We will also substantially increase the production value of Houseworld. Our arsenal of boomboxes will be replaced by a building-wide sound system of high quality speakers, hidden from sight. The lamps and chandeliers of the house will be joined with dynamic stage lighting. Our set design, costumes, and props will all make huge leaps from their homemade beginnings, becoming the trappings of a lavishly crafted dream.

Here’s the first sign of what we’re in for—a message from The Bathtub Guru:

Previous High-Functioning Flesh
“Mistakes Were Made”
Next Arca
“Vanity”