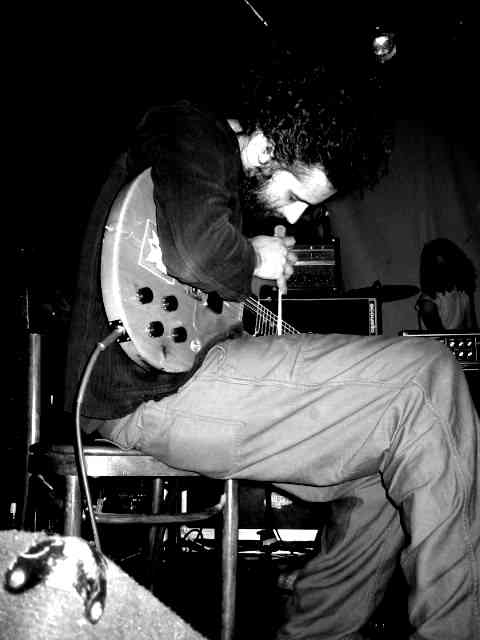 If you’ve ever suffered a panic attack, then you know what a Godspeed You! Black Emperor concert feels like.

Notice the key word there–feels. As we discovered at the fourth, and final, stop of their New York City run a few weeks ago, there’s more to one of the Canadian collective’s shows than the sheer rush of sonic detritus that taunts and tackles you at every turn.

For starters, there’s a lingering sense of dread that threatens to drown whatever hope we may have left. Those who’ve experienced its essence may refer to it as the fear. Here’s the important thing, though: While their merch table doubles as an anarchist bookshop, Godspeed don’t channel the winter of our disconnect through Punk 101 imagery or predictable peak/valley progressions. They treat their tracks like seething film scores, the kind of Sundance special that makes a point of reminding us that the world’s beautiful and we’re all going to die someday.

We could go on, but words don’t even begin to describe the experience Godspeed projects in their performances. That’s why we scoured the Web for five widely available GY!BE bootlegs from the past decade or so. They’re all available below, although we encourage you to support the band by snagging their official releases at iTunes or Amazon…

Previous Amazon Beats Apple To the MP3 Locker Punch With Cloud Player
Next TEST PRESSING: Stream a Kraftwerk Set From 1997