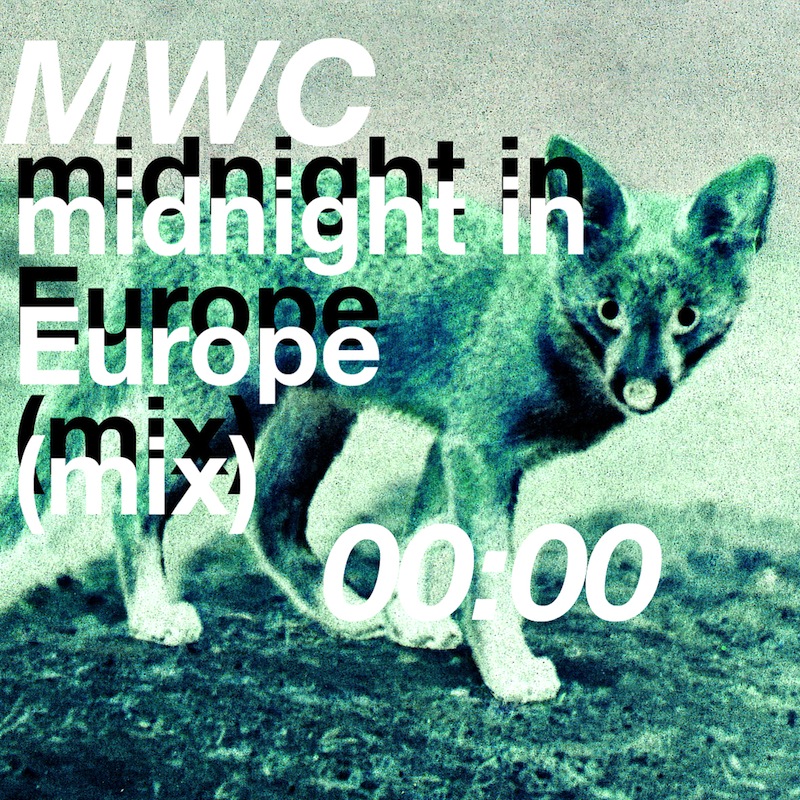 So we were listening to the LP version of Today Bread, Tomorrow Secrets–a series of beat-less dream sequences from Moon Wiring Club–last night and it reminded us we forgot to post the producer’s Midnight in Europe mix. Cut for Colleen Nika’s new arts & culture site Nightvision, it zeroes in on his favorite dance finds from the ’90s.

Or as Ian Hodgson puts it in his lengthy liner notes, “You could call this music Electronica, or Ambient Techno, or Post-rave, or maybe even Trance, but whatever you decide upon, it all shares a distinctive feel. There’s a uniformity here that dates the music, a pre-laptop sound. Large boxes and keyboards are being squeezed together. Some of these tracks are almost twenty years old (and getting older). However, as time passes by, many of them also retain a curious freshness, a quality that happily places them outside of time.” In other words, it’s chill-out room music from back when that term didn’t mean buddha bars and pink cocktails.

Download/stream it all below, and if you’re Brooklyn-based like we are, be sure to check out the Bunker party Nika helped curate with such s/t-approved artists as Tropic of Cancer, Black Rain and Mark Van Hoen’s recently-reactivated Locust project.