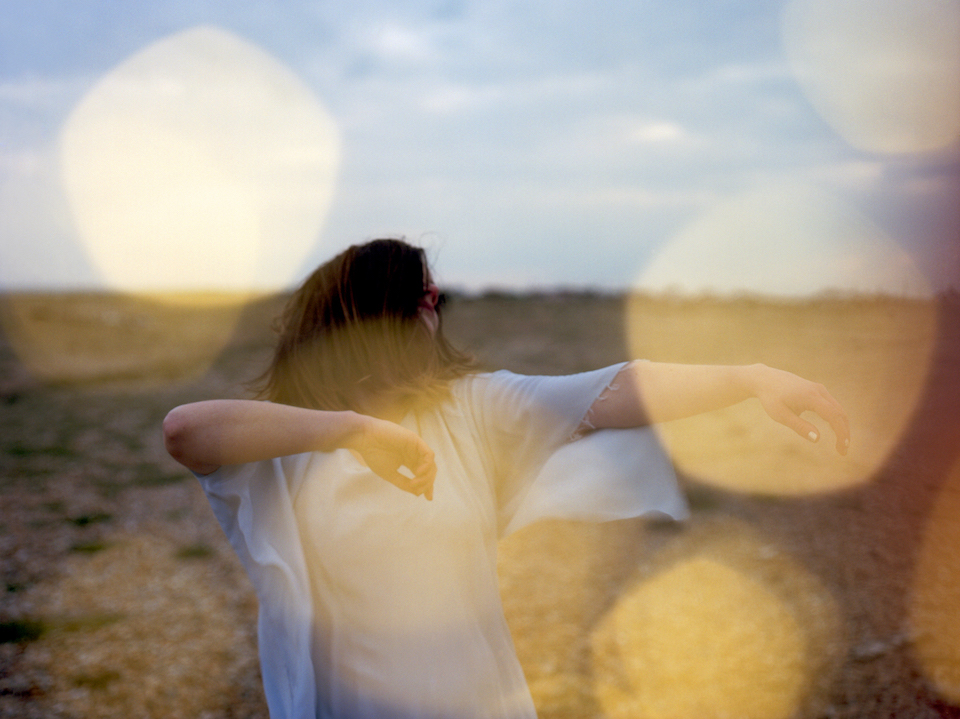 Well it’s about time. After years of stealing the show alongside underground producers like FaltyDL, Ital Tek, Starkey, and Lone, Anneka has finally emerged with her first proper solo EP. Due out this Friday through the Brighton label Anti-Ghost Moon Ray, Life Force is a tightly edited showcase of the singer-songwriter’s avant-pop skills. Far too short at just four tracks, the record starts with a straight-up single (the creepy-but-catchy title track) but quickly shifts into a series of engrossing sound experiments—synths that slide across your speakers like shooting stars, melodies that are bent and molded into alien-yet-accessible shapes.

To find out how things ended up that way, we asked Anneka to share the stories behind each of her songs, along with an early listen to the entire affair….

“LIFE FORCE”
I was binging on a lot of sci-fi films such as Under the Skin and Ex-Machina and wanted to explore the perspective of an android (or alien) trying to grasp what it means to be human. The lyrics came before the melody, which is unusual for me. I wrote it all before getting my mate Jack Carrack to replace a drum machine part with live drums. Then I took all the stems into Ital Tek’s studio and we set about replacing some sounds and tightening it up. Finishing it was a slog but Al (Ital Tek) remained patient with my stubbornness—he would have made some different creative choices—and worked his magic on it.

“CARAMEL”
I was messing around with sampling my voice and using it as an instrument. After layering several vocal samples with interweaving melodies, “Caramel” started to come together. I love it when an experiment that you have no expectations for turns into a track. It sounded very yellow/orange to me when I was writing it, hence the title!

“A STRANGE AND DISTANT TOWN”
The idea for the song came to me when I read the phrase “a strange and distant town” in Haruki Murakami’s The Wind Up Bird Chronicle. It captured a cut-off, alien feeling I had towards someone who was being destructive at the time. It felt like writing a funeral march for our relationship, all while remaining hopeful. A field recording I made on the subway in Tokyo runs throughout the bed of the track. The lyrics “lava drips and all it hits/ the nectar sweetly drowns” references the same imagery that inspired “End of It.”

“END OF IT”
I frequently have apocalyptic dreams. They are often the most vidid and brilliantly colored dreams I have. While imagining those scenes, I began improvising and recording vocal melodies over each other without second-guessing myself. The result was “End of It,” which I wrote and recorded in an afternoon. It’s raw and imperfect but I liked it that way. I could tell any rerecording would suck the life out of it, so it’s pretty much made up of first takes only.