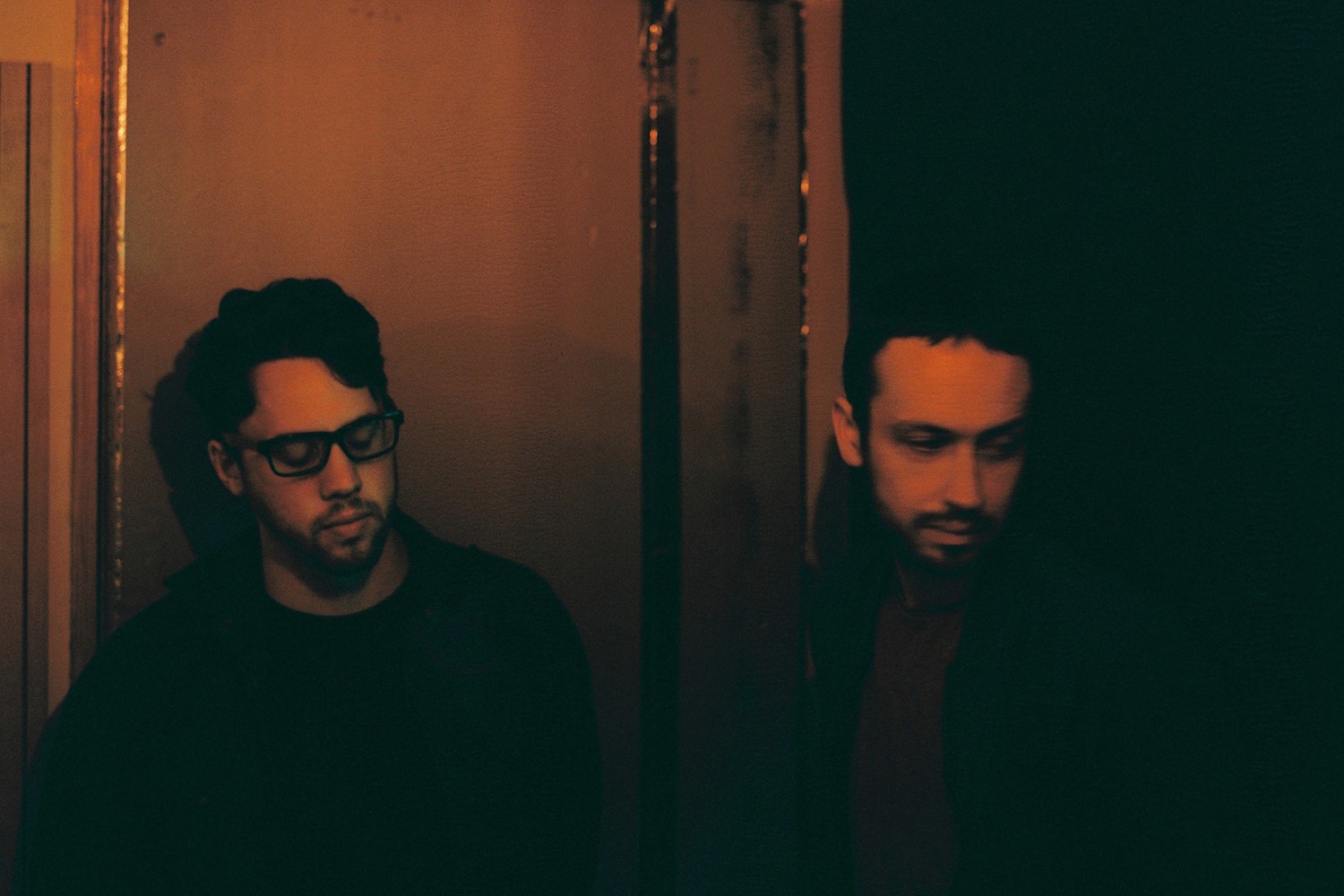 Considering the cinematic scope of Solar Bears’ last three LPs, it’s fitting they’re now on the same label as David Lynch. In the following exclusive, we push right on past simple reference points and ask the Irish duo to discuss 10 of the most telling influences on their new album Advancement, from the cannibalistic anime characters of Attack on Titan to the killer back catalogue of Finders Keepers…

1. IRISH FILM INSTITUTE
We are very lucky to have the film institute in the city, near to where we worked on the record. It’s supported by The Arts Council and has a large film archive for preservation. I’ve gone there countless times over the years to draw inspiration. They show art house films that wouldn’t be available elsewhere and that’s the main reason I go. —John Kowalski 2. SKELLIG MICHAEL
An island off the southwest Irish coast. There is a severity about it—like a mountain just vertically erupted from the ocean floor. It’s quite alien in appearance. I took my camera there shortly after we started writing for the album. Skellig seemed to symbolize everything what we wanted to achieve. Something epic and shrouded in mystery. It was very strange to see it in Star Wars two years later. —Rian Trench 3. ELECTRON OCTATRACK
This is a genius sampler and MIDI sequencer that is so creatively designed that after four years of heavy use, it’s still blowing my mind with how deep you can manipulate what goes into it. Basically you can make provocative music out of any source material. A lot of the sounds on Advancement are a few milliseconds of found sound manipulated into almost whole arrangements. You can also program samples algorithmically, which produced a lot of results we couldn’t have achieved with our habits alone. Brilliant machine. —RT

4. ABLETON
Ableton is what I was using over the course of a few months, mostly for sampling and experimenting. Many people will know about it, of course, due to its popularity. The program is very user-friendly and you can get results quite quickly. A lot of it was just one or two seconds of audio which was imported in and then exported into the Octatrack for sequencing and further manipulation. —JK 5. AFGHANISCAN
Scan is a producer, photographer, and close friend. We work in two recording studios and he often makes short films of the albums we work on together. Scan is adept at getting results that are damaged in deliberate and very precise ways, something John and I have always enjoyed in the studio. It’s amazing to work so closely with someone who shares your tastes but takes such a different route to achieve them. Very inspiring. —RT 6. LIBRARY MUSIC
Library music is a rich source of samples for producers. Labels like Bruton, KPM, Music de Wolfe, and Chappell all had incredible composers in their ranks. Listening to it all changed my musical tastes and provided a lot of material to chop, morph and re-arrange. —JK

7. PSILOCYBIN
I don’t advocate the use of psilocybin for everyone. It’s a psychoactive chemical that you find in a certain fungus that grows naturally near where I live. I’ve always found it to have an overwhelmingly positive effect on my life in almost every way. I use it seasonally and last year it opened up avenues of thought that heavily shaped my approach to mixing advancement as a continuous piece of narrative. It always seems to highlight what you’re doing that is no longer relevant. —RT

8. ATTACK ON TITAN
John and I got completely hooked on this. It’s a Japanese animated series where humanity is under siege in their cities by giant cannibals. There are large portions where things are quiet and this creates amazing tension. The mix of danger, emotion, hope, and relief definitely filtered through onto the album after watching it. —RT

9. FINDERS KEEPERS RECORDS
Finders Keepers are the label I listened to the most consistently during the making of Advancement. Their radio show is educational to say the least; they are proper music historians. Through them, I found the likes of Jean Claude Vannier, Emerald Web, Suzanne Ciani, and rare Morricone soundtracks. It was really good to see them put out the soundtracks to Jodorowsky’s seminal films (El Topo and The Holy Mountain). —JK 10. THE VISUAL WORK OF RICHARD FEARLESS
I could speak at length about his musical output as Death in Vegas, but his visual work would be the most relevant here. He is a genius photographer and graphic designer. All of his most recent work is glorious, including installations for galleries and artwork for the new album he is putting out this year on Drone. —JK