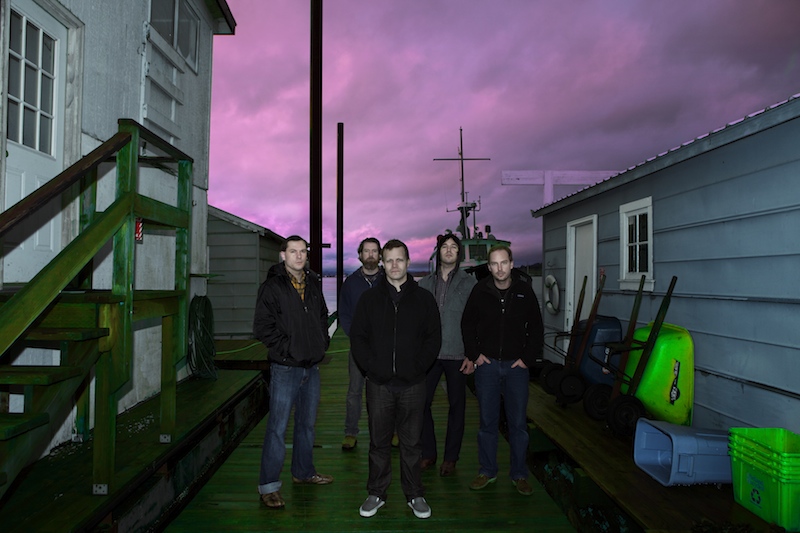 When Grails multi-instrumentalist Emil Amos (see also: Om, Holy Sons) shared a special library music mix with us late last year, he said the group’s next album would be loosely based on the ’70s-centric realm of privately pressed film music. As it turns out, that’s just the beginning… All the Colors of the Dark

I’d just bought an Akai MPC to replace our darkest production secret: a cracked Rebirth drum machine that a friend had passed to me in ’98 that I’d used on every record until last year. That meant years of re-processing shitty beats I was too lazy to replace. After about two days of being blown away by how complicated they decided to make the MPC for no discernible reason, I slowed down my favorite Beefheart guitar part and played an 808 along to it to relieve frustrations. When a German flute record fell in sync with the beat and rolled endless triplet patterns over its stutters, the song was locked.

Epilogue: On the night the “Corridors” mix was due, I swallowed an Ambien and downed a bottle of Chimay to clean up the mix before having to catch a plane in the morning. As the song played on, my mind separated away and decided to make some of the rim shots drag by outrageous amounts for some imagined ‘arty’ purpose. I was literally up in the Swiss Alps checking the mixes when I had to call [guitarist] Alex [Hall] and explain he’d have to fix the last few hits and re-bounce the song. Whatever he ended up with after 30 minutes of repairs is what’s on the record.

Any scene with Franco Nero in a turtleneck peering out of blinds; anytime a brown Porsche spirals down a mountainside road with a sniper trained on the driver’s temple underneath perfect hair–these are the zones where melancholy/suspicious chord progressions are born to live.

The title comes from a pretty brilliant concept of Peter Dale Scott‘s that describes a deeper tectonic level of motivations that we collectively repress. This buried layer returns to haunt and govern our larger evolutionary trajectory without our being able to believe it. He uses this concept to help explain how JFK’s death was part of a deeper political purpose to reverse the policy on Vietnam.

Om was recording in a studio up in Seattle that had a bitchin’ dusty Wurlitzer in the corner and I put my hands down on this F minor sequence. [Om frontman] Al [Cisneros] immediately said, “Dude, that’s gotta be called ‘Impala in the Rain’,” and the song became real. I changed the title in Australia after going record shopping with Rob Lowe [of Lichens], buying the Bilitis soundtrack and getting super heavy into Francis Lai. I was thinking that a “Daughter of Bilitis” would be a descendant of his music. But it also ended up being the name of the first lesbian rights organization, something that cuts deep to the core of the Grails philosophy.

This one began as a tribute to [producer] Conny Plank and the Bury My Heart at Wounded Knee record and ended up lost somewhere where blustery prog groups go to die.

Beginning: Richard Thompson stoned by the fire with one of Joni Mitchell’s guitar tunings and French horns grafted on.

End/Fade: Heldon acoustic-era wandering with guest electrics by Daniel Fichelscher in a hut at ISKCON.