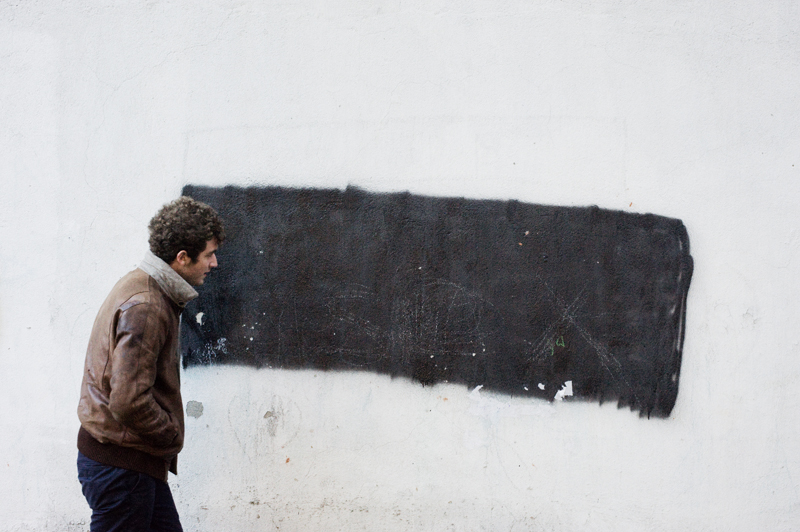 When Nicolas Jaar was still learning how to crawl, his father, world-renowned installation artist Alfredo Jaar, took a picture of the infant New Yorker in a barren area between East and West Berlin–a striking black and white image that looks as if it’s captured a baby who’s been left behind on the moon. This past year, the producer found himself revisiting this photo as he worked to complete the woozy dream world of his truly bizarre Space Is Only Noise LP.

“One of the album’s main ideas is that â€˜space’ can mean so many things,â€ says Jaar, taking a break from studying a Gabriel GarcÃ­a MÃ¡rquez book at Brown University. (The 21-year-old is a comparative-literature major, fluent in Spanish, English and French.) â€œIt can mean the space in music, or silence. It can mean the galaxy, or it can mean the spaces we live in. Noise also has a lot of different connotations, so as a whole, those two things–space and noise–become very loaded when they’re put together.â€

Laid out like a seamless DJ set, Space Is Only Noise sees Jaar sifting through 70 tracks and â€œcuratingâ€ his past to tell a story that’s both personal and open to interpretation. In the following exclusive track-by-track breakdown, the artist discusses â€œabout one or two percent of what it’s actually aboutâ€…