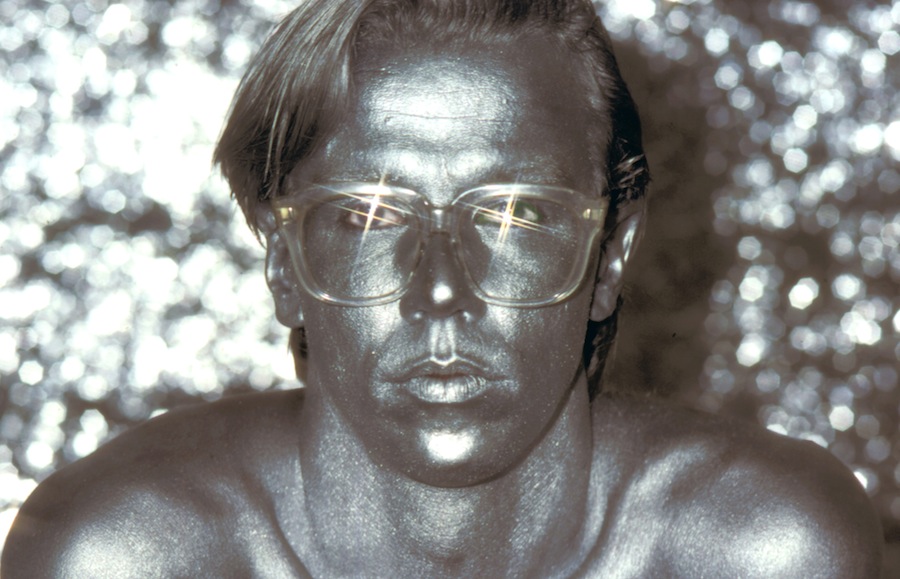 While it may sound like a synth-driven tour of the stratosphere on the surface, Harald Grosskopf‘s Synthesist LP is actually haunted by the ghost of Grosskopf’s estranged girlfriend and driven by the drummer’s newfound love of electronic music. That love had a price, however: learning to deal with temperamental equipment and a rudimentary sequencer while in the self-imposed isolation of a friend’s apartment in Krefeld, a German city just a few miles west of the River Rhine.

“Vast amounts of coffee and smokeable substances helped me overcome the technology-induced frustration,” Grosskopf writes in the record’s recent RVNG reissue. “I usually began recording in the afternoon and worked through the following morning. Each day my enthusiasm grew. I loved being musically independent, never interrupted by anyone, communicating with the equipment and myself.”

The Ash Ra Tempel/Klaus Schulze sideman was so entranced by his work that he’d often fall asleep right next to his meager 12-channel mixer, one of many pieces of equipment that reminded Grosskopf of the advice he once received from Manuel GÃ¶ttsching: “Work with what you have, otherwise your dream will always stay a dream.”

So Weit, So Gut

“So Weit, So Gut” means “So far, so good” in English. I came up with the title at the halfway point in making the album as a reflection of the work completed.

Edwin Eugene Aldrin, a.k.a. Buzz, the second astronaut on the Apollo 11 mission to sink his feet in moon soil on July 19, 1969. I freely associated this peaceful piece of music inspired by B(uzz) Aldrin’s moonwalk with Baldrian–or Valerian in English–a substance that has a very calming effect.

My interpretation of emphasis as power.

During the Frankfurt studio sessions that followed my isolated recording time in the countryside of West Germany, I had to come up with song titles for the album. I never liked that process. For me, music as an abstract language is hard to consolidate into a few words. Still, the task was at hand and what immediately settled upon me while recollecting the recording process in West Germany was my intense interaction with the electronic music equipment. Over that time, I had “synthesized” with the technology, hence the title track and album.

The low octave vocal sample at the end of the piece was picked from a library music LP. The voice archive on the LP sounds like someone saying “1847” (the year) in German. I can’t recall what the voice is actually saying, but I associated the perceived year with the failed revolution against the feudalistic administrations over hunger, strife, and suffering in Germany, 1848. The music of “1847 – Earth” is dark, underlined by the steady drumming.

Simply an expression of those darker corners of life that we’re sometimes backed into.

An extraction of energy from my Yoga practices.

Before I locked myself in to record Synthesist, I was visiting a Buddhist temple in Berlin once a week to practice meditation. The temple offered Tai Chi lessons too. I associated the slow dance of precision and measured movements of Tai Chi with the closing piece on the album.

Previous PREMIERE: Jonas Reinhardt Share a Not Not Fun Song, Along With Details About Their Double LP and 12” With Prins Thomas
Next DOWNLOAD THIS NOW: J. Rocc’s Rare Supreme Mix