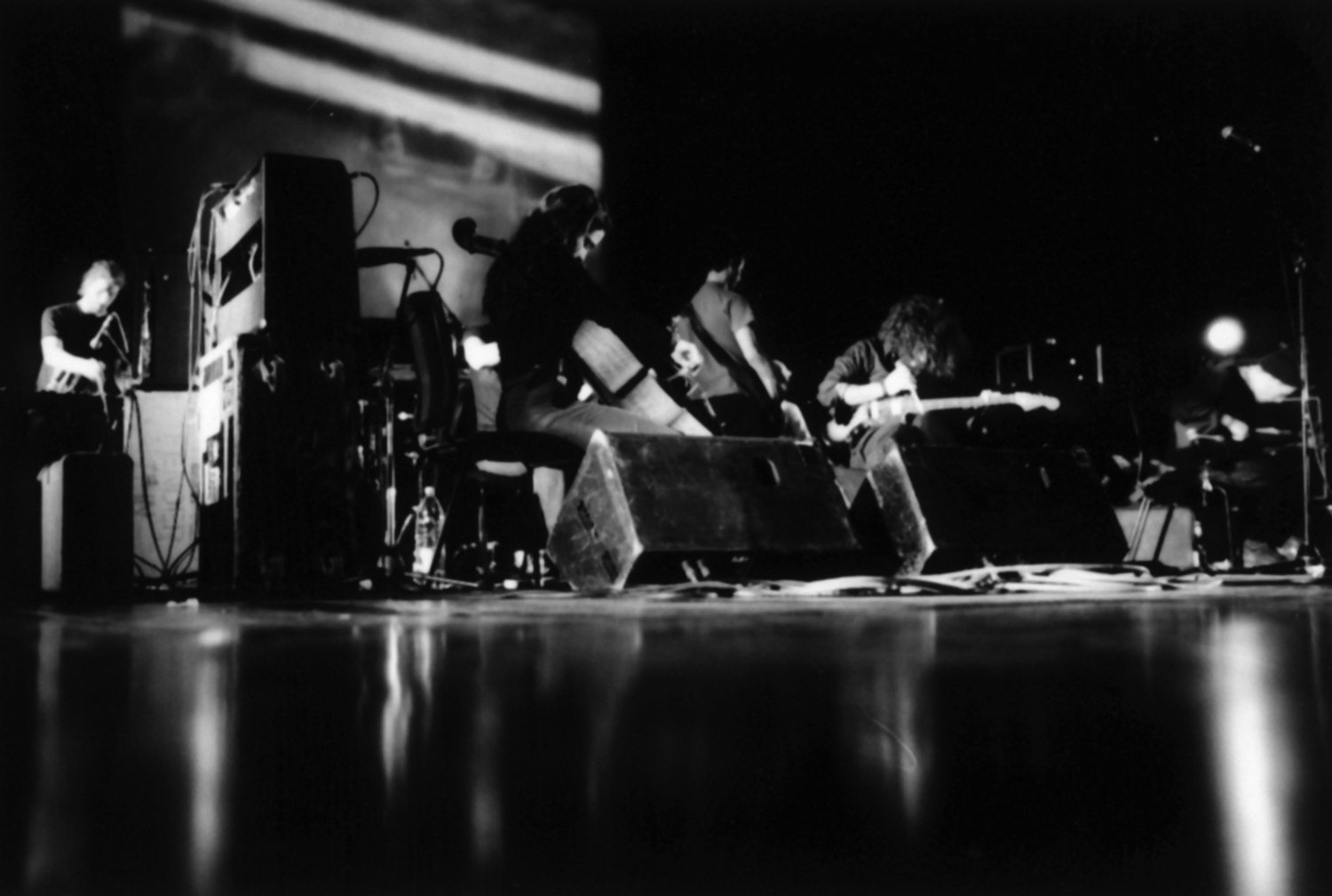 Godspeed You! Black Emperor have revealed their first single LP release since the late ’90s, a 40-minute listen featuring four new tracks. Due out March 31st through Constellation Records, Asunder, Sweet and Other Distress is described as “arguably the most focused and best-sounding recording of the band’s career… a mighty slab of superlative sonics, shot through with all the band’s inimitable signposts and touchstones: huge unison riffage, savage noise/drone, oscillating overtones, guitar vs. string counterpoint, inexorable crescendos and scorched-earth transitions.”

“The first time around we felt this defensiveness about where we were coming from,” de facto frontman Efrim Menuck said in an extensive self-titled interview last year. “I think it’s good we went through that, but this second time around, we feel protective, but our scene is a weird scene. At the end of the day, all we do is throw our amps onstage, put our heads down and play. Hopefully everything will be okay.

As for when and where the album was put together, sound engineer Greg Norman helped the collective track the songs in North Carolina and Montreal throughout late 2013 and 2014. Much of the new material can be linked back to “Behemoth,” a sprawling live piece Godspeed has developed over the past couple years. Have a listen to an excerpt down below, along with some overseas tour dates… Asunder, Sweet and Other Distress:
1. Peasantry or ‘Light! Inside of Light!’
2. Lambs’ Breath
3. Asunder, Sweet
4. Piss Crowns Are Trebled