Gross Net Makes Us a Mix, From Dean Blunt to The Durutti Column 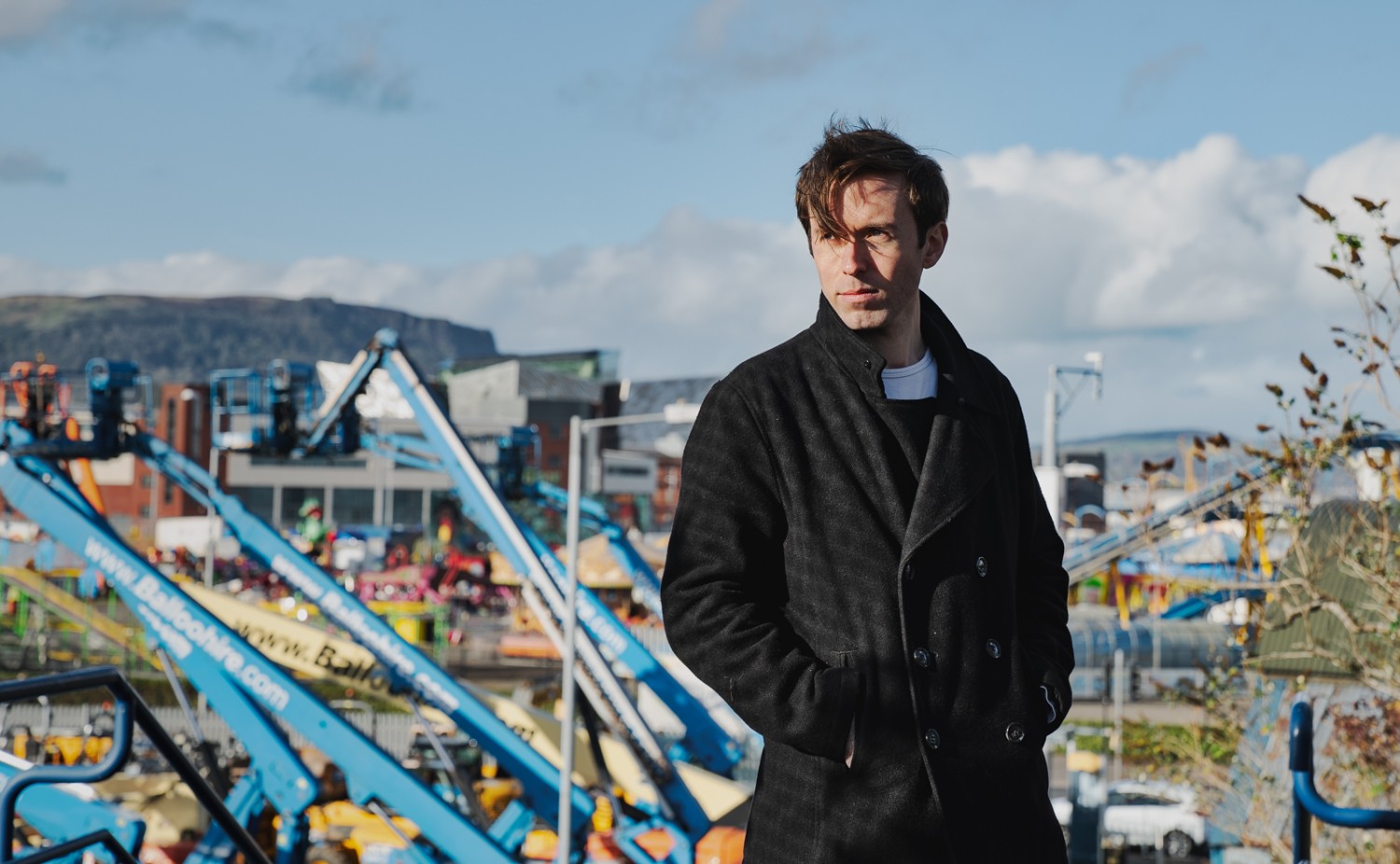 This is a selection of tracks I got into over the last few years, covering some ground around the recording and gestation of my new album Gross Net Means Gross Net (available on Felte August 30th)….

Dean Blunt – Lush
I was going through a hard time when I first heard this. I’d been burnt out and miserable, despondent. Then one December, this track hit me and all of a sudden I was in this emotional renaissance. The string loop is just exquisite, and the brevity of the track just makes me want to knock it back to the start again and again. Something about it just makes me happy. Maybe it was mania, but I’ve been a lunatic for Dean ever since.

Ruth Bate – I Love You More
I guess this one is an exclusive, as I asked Ruth personally if I could include it in this mix, seeing as its currently unreleased. He’s often compared to John Maus, which I think is a little unfair, despite the passing similarities in sound and stage presence. His stuff is so musical, yet can be so crazy, or so funny, and that change at the end of this track drives me wild. It’s so jarring. Why isn’t there more stuff like that out there? 10/10

Fears – Fabric
One of the best things about making music is getting to meet all these super talented and beautiful people. Connie, aka Fears, is one such person. She used to be in this incredible punky/noisy band M(h)aol I adored and which I hope get back together someday. Ultimately Fears is just fantastic pop music and deserves to be massive. I love this track; I think the production and mix is great. Connie always has a lot of space in her mixes where everything sits just so. It’s catchy, it’s a little weird. James Murphy likes this track, and so should you. As an aside I wish I could record vocals using a laptop mic and sound as good as Connie’s done in the past!

Son Zept – Neverberry
Son Zept mixed my new record because I’d the sense from seeing him DJ that he understood music somewhat differently to most people I’ve come across. One time I saw him finish a night with Believe by Cher and the room just went crazy. That choice and that reaction seemed a bit unexpected given the rest of the music we’d just heard, yet perfect. I think “Neverberry” is great. It has a quality I can’t put my finger on, and it has a certain economy to it also. If I remember correctly, he once told me that all the sounds were made from one kick-drum sample. I was amazed he could get so much out of that one sound.

The Durutti Column – Sketch For Summer
I came to the Durutti Column WAY late, and I’ve no idea why seeing as I’m a sucker for a nice guitar played well. I love how melancholic this sounds, and when you can play an instrument like this you don’t need anything else to say what you need to.

Johann Sebastian Bach – Ich ruf zu dir, Herr Jesu Christ
In the last few years I found myself gravitating more towards classical music, needing something more relaxed and shorn of a more modern context. Honestly, I’ve gotten kinda sick of how so much music I hear beats me around the ears. I feel like I need a rest. I was visiting the Hugh Lane Gallery in Dublin at the end of 2017/start of 2018 and they had this short video which was like a sequel to Andrei Tarkovsky’s Solaris featuring the original actor, now old and wizened. They used the same theme music as the original film for it. This is the kind of classical music I’m really into — something not overly technical while having this real sense of melancholy and gravitas. I could listen to this on repeat for hours, and I’ve done just that, checking out different performances and instrumentations on late night YouTube binges.

Scott Walker + Sunn O))) – Lullaby
I’d known this track for a while from the Ute Lempur version, which is great also. I’m surprised Scott gave this away back in the ’90s and waited so long to release a version he sings himself. I’d been put off listening to this for ages, having not really known Sunn O))) and expecting something like Lou Reed and Metallica’s record, Lulu. It’s a pretty creepy/occasionally heavy sound world and the lyrics really draw you in with this vivid imagery, which I’ve read was inspired by the idea of going to Switzerland to euthanize yourself.

Coil – Ostia
I suppose this is the first Coil track that really hit me when I was scoping them out a few years back. I was kinda knocked sideways by it, having expected something quite different going by their reputation as an ‘industrial’ band. It’s just beautiful and achingly morose with its string arrangement. That acoustic guitar part pieced together from various cut-up samples stuck together gets me every time; it feels quite random, while still having this strong melody. I’m not a huge guy for lyrics, but Jhonn’s mashup of Pasolini’s death in Ostia, a friend’s suicide, and bones (Osteo, Ostia — geddit?) are a high water mark as far as I’m concerned. I’m always searching for something else that sounds like Coil but can’t really find anything….

Current 93 – Patripassian
I got into Current 93 through their connection to Coil and England’s Hidden Reverse by David Keenan. I think I started with The Inmost Light because I heard Nick Cave was on a few tracks, including this one. It has this quasi Basinski-like choral loop, with Cave reciting this tale about Jesus returning to Earth, only to find it desolate, and he wanders miserable until the end of the world. It has this meditative quality, like you’d be happy for it to go on for hours. Cave’s voice is quite soothing too.

Die Hexen – Garden of Unearthly Delights
The first time I saw Die Hexen perform they brought a Saturday night punk venue to a hushed silence. In each performance I’ve witnessed, I’ve always felt like the temperature dropped about 10 degrees and all the energy in the room got sucked out towards the stage. It’s not hard to understand why Dee’s been focusing on soundtrack work more recently, as this has that cinematic quality, but that voice…. At some points while working on my last record I caught myself thinking “what would Dee do here?” An inspiration for sure.

Minimal Compact – When I Go
Another companion piece to my late twenties existential crisis. I first heard this in Wim Wenders’ Der Himmel Ueber Berlin / Wings of Desire but it took me a while to seek it out and hear the whole thing. Sad and beautiful with a lovely string arrangement.

Throbbing Gristle – Endless Not
I’ve been into Throbbing Gristle for years, but was quite shocked that I’d managed to not stumble on their last record from 2008 before. I think it might be my favorite record of theirs, I definitely think Peter Christopherson brought a lot he learned from Coil to this; not that the other members are slouches, of course. It’s a bit more laid-back than earlier Gristle, but it’s almost more menacing as a result. It’s seductive. This track reminds me of living alone and kinda shutting myself away in a way while drinking too much and doing a job I absolutely hated. It was some sort of comfort.

Maria Somervlle – Eyes Don’t Say It
I’d the pleasure of touring with Maria on the last Girls Names tour in the autumn of 2018. However, reports that I was eager to have her as support just to see her perform every night for free remain unsubstantiated. This record came along at a time when I was crying out for something more laid-back to listen to and it ticks the boxes. This track is quite ambient, but also very much a song, as if Maria is performing on an outdoor stage at night but you’re hearing the sound waft on the wind from 10 miles away. I really like things that kinda take songs to the limit of breaking down into noise or ambience, but which still have a strong tune. 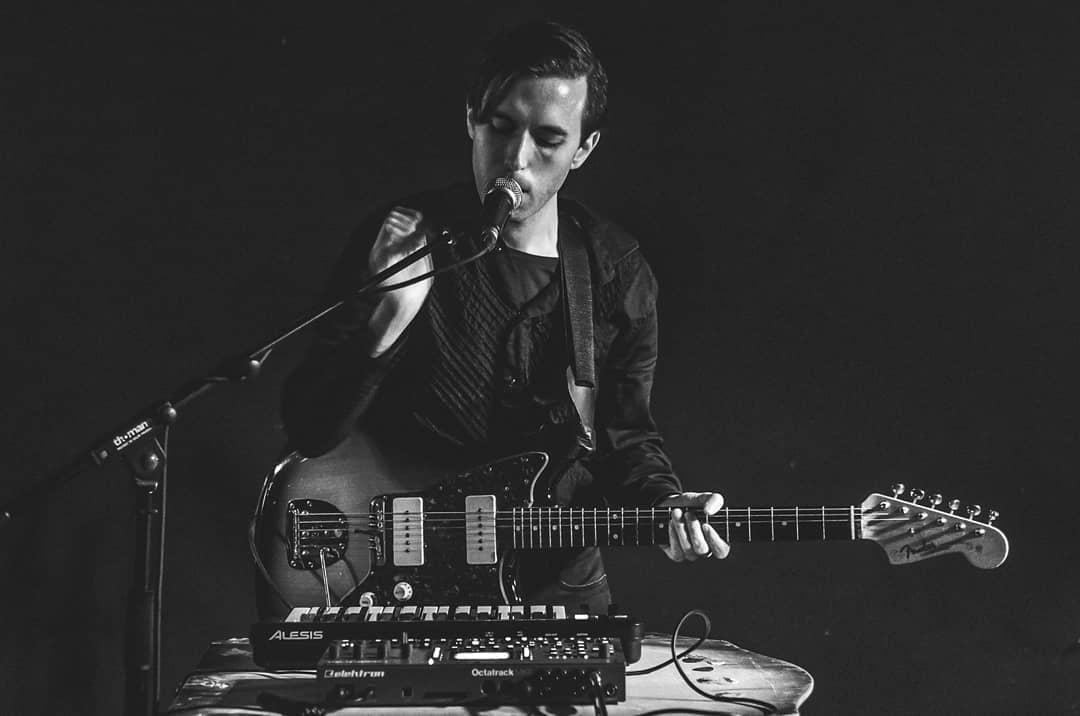