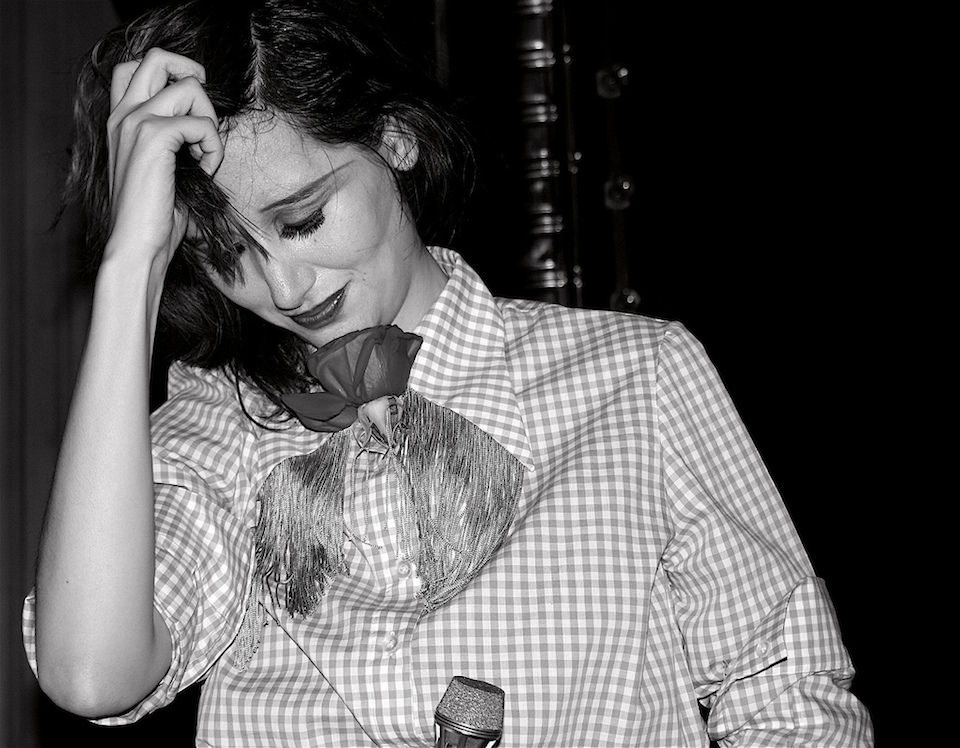 Some requests once Karen O opened her premiere solo performance up to suggestions:

Indeed it was–’it’ being the 11:30 p.m. engagement of Karen O’s one-night-only “Native Korean Rock” revue, a collection of love songs coated in strings and a stirring combination of easy chair chords and breezy percussion patterns. While we’re unsure whether or not Monday’s set was pulled from O’s long-awaited solo album, we do know one thing: she’s gone a bit emo (in a good way). And yet, she still has a mesmerizing stage presence, a reminder of why she’s the most important female singer since PJ Harvey and, quite frankly, one of the most important vocalists of our time.

Here’s hoping she has an album ready to be released next week, Reznor and Radiohead style. Oh by the way: Karen’s bandmates, drummer Brian Chase and guitarist Nick Zinner were both in attendance tonight along with a freshly-groomed Kyp Malone. None of the above guested, however. In fact, we’re not sure who any of the Native Korean Rock members are. Got an idea? Let us know down below, right after our series of stage front photos… Previous THE S/T INTERVIEW: Colin Newman of Wire
Next BUY IT, BURN IT, SKIP IT: Bodies of Water, Digital Leather, Black Kids