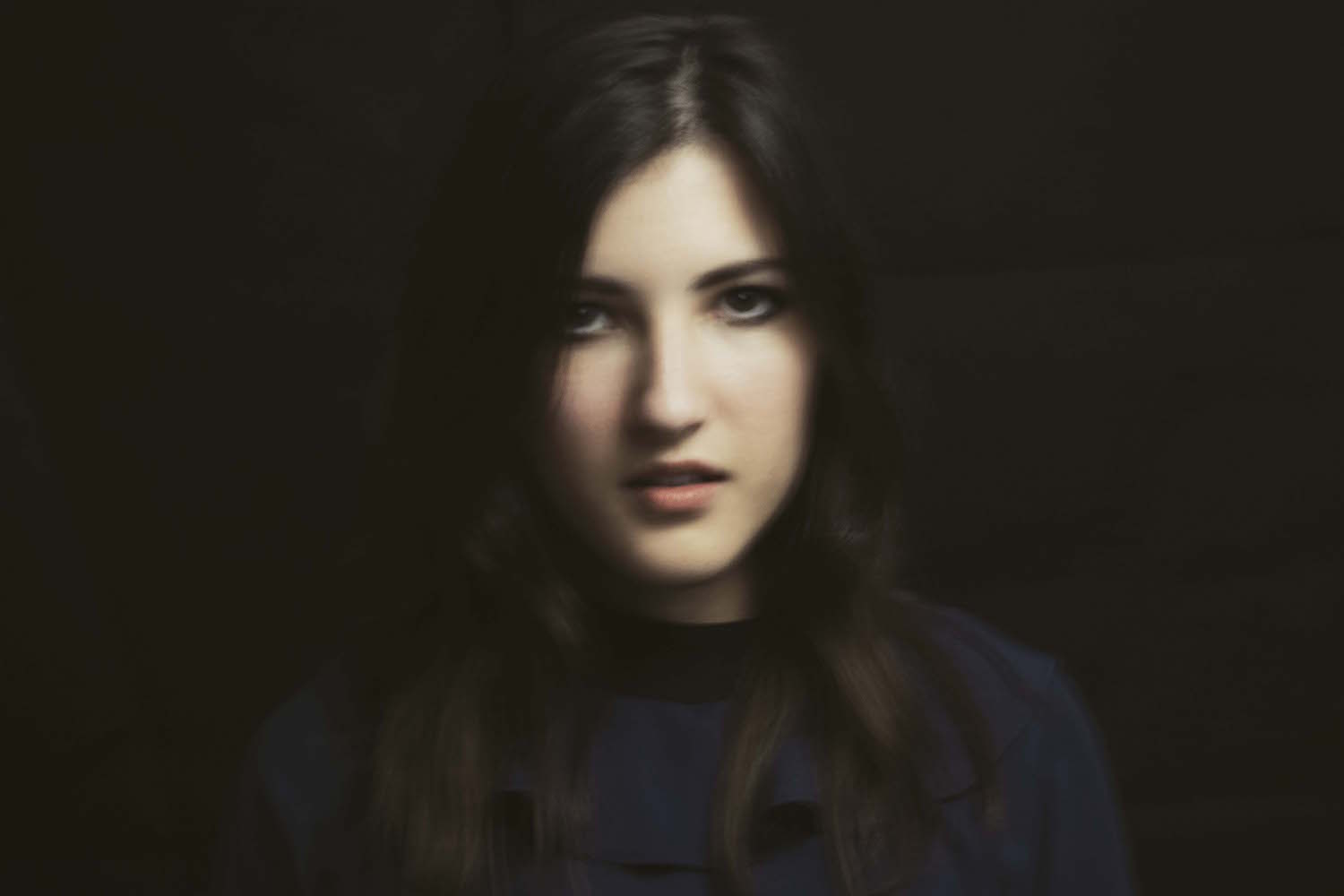 “I started DJing when I was 21 years old at massive clandestine parties,” explains Yoan Lokier, known simply as Lokier within underground dance circles. “They were dark, scary and illegal. [At] one of my first performances, as I got on stage, the DJ that played before me was picking up her things and she said, ‘Someone just threw a bottle at my head; good luck’… I told myself I would make no mistakes, since I didn’t want to go home with a black eye. The pressure was too much.

She continues, “Months later I got offered to play at small bars in nice areas. That’s when I decided that DJing was not so bad and that you can actually have fun.”

A recent move to Barcelona has merely reinforced that idea, helped in part by like-minded rising producers like Pedro Vian and close friends/collaborators like Morgan Hammer. One thing remains from Lokier’s early days, however: a sense of impending doom that’s both thrilling and slightly terrifying, as evidenced by her upcoming Gate Crashers EP. In the following exclusive, we unveil its cellar-dwelling title track alongside a look at Lokier’s love of everything from horror films to Erik Satie…

What’s the first horror film you remember seeing?
I think it was A Nightmare on Elm Street. A friend was watching it and I accidentally entered the room and saw a scene. I was very young and it really freaked me out but I also wanted to see more!

Were you more drawn to its music or its visuals? Maybe a mix of both?
A mix of both for sure. I’m naturally drawn to mysterious visuals—dark and weird, with a hint of color in the lighting. I think that movie has all of that. Specially the scenes with blue lights. The music is just perfect—simple and effective.

Did it make you want to see more horror movies like it? If so, what kind appealed to you the most—films that are more psychological or physical?
Yes it did. I used to get together with my friends and watch horror movies. We loved the horror section of the video rental stores; it was very exciting for us! My friend’s mom would rent it for us because we were really young. I prefer psychological horror. For me it’s much more interesting and appealing.

Any favorite horror films that have a terrible storyline but fantastic music?
I haven’t watch it yet, but I remember seeing the trailer for Surf Nazis Must Die and I thought that the soundtrack sounded kinda cool but the movie looked terrible. Or maybe it’s cool? I don’t know; it’s probably so bad that it makes it good!

When did you realize you wanted to make electronic music yourself? What did some of your earliest experiments with production sound like?
I’ve always been a curious person and I started because at the time I was surrounded by many producers. I was always watching them work and asking questions. My earliest experiments were very weird and simple. I used strong bass lines and funny/weird synth noises.

Mexico City has always had a strong underground scene. How would you describe what it was like when you were younger?
To be honest I couldn’t say much about it because I’ve always lived in my own world. I like to surf the internet and search for new music and weird stuff. I don’t really pay that much attention to what goes on around me; I just do my thing. When I was younger I went to some illegal underground parties in Mexico because I didn’t need an ID to get in, but I remember that it was all about rough music—EDM and techno—and a lot of beer.

What were some seminal records/artists/parties from that time period?
As I said the scene was not very known to me. I never really hung out with those underground crowds, but personally I can say that Rebolledo was definitely an influence on me. People in Mexico still follow him and respect him.

How has Mexico City changed over the years?
I think it has grown a lot. I discover new artists every day and I can see that they are also traveling the world and not staying just there. I think people are opening up to new styles and discovering new influences. New clubs are opening and you can now find a lot more variety in the music and artists they book. I’m looking forward to returning for some shows there later in the year.

You just moved to Barcelona right? Was one of the main reasons its own vibrant underground scene?
Barcelona is a very special city. It has an amazing vibe; I don’t know if it’s the people, or the weather, or the food, or the gorgeous old buildings or probably all of those reasons! I was touring in Europe last summer and every time I returned to Barcelona it felt like home. I still don’t know much about the underground scene there as I’ve only been here a few weeks, but the little I’ve seen I think it’s amazing. I definitely can’t wait to get to know it better.

How do you see your music fitting into it? Who are some of your favorite local artists in Barcelona?
I’m not sure how my music is going to fit in. I guess I’ll just go for it, doing what I do! I’ve only had a couple of gigs here so far but I really enjoyed them and I think the people liked it too. We’ll see what happens. I haven’t met too many artists yet, but some of my favorites are Morgan Hammer and Marc Piñol.

Tell us a little bit about your new EP—when it was recorded, what sound you were going for with it, and any other stories behind its songs.
It was recorded not so long ago, probably like three or four months. I guess I was trying to find a dark, trippy, and kind of evolving sound. I wanted all sounds to be connected in some way, specially with the “Gate Masters” track. All of the sounds except for the weird dissonant synths are connected and blended together. I tend to make music as if I was doing a painting. I don’t know if that makes sense but when I mix and combine sounds I almost get the same feeling as when I do a painting. This EP has a lot of that feeling in it.

What are some of your recent non-musical influences beyond horror movies?
I love traveling and going to old mysterious cities and I get a lot of that in Barcelona. I enjoy walking at night and going to really old pubs with candlelight. There’s something about old places with dim light that really excites me.

How about music that’s influenced you heavily and would surprise some people?
I don’t know if it would surprise people but I really love Erik Satie. Sometimes I listen to classical music before I sleep or in the mornings and he is one of my favorites. I love that he didn’t follow rules and has this melancholic and mysterious sound.

Is Lokier your main focus right now or are you also working on new music with She Made Monster?
At the moment I’m working on some original tracks with Morgan Hammer for She Made Monster. I just moved to Barcelona and since she lives here as well we are trying to work as much as possible but I will always continue to make music as Lokier too.

Can we expect more Lokier music before the year’s over? If so, how will it compare to the new record?
Yes! I have more things planned for this year. The music is going to be very different from this record, with a more post-punk sound to it. Not really meant for the dance floors. I like to change my sound a lot. For me it’s more fun and interesting.

Lokier’s ‘Gate Masters’ EP is due out June 29th through HAKT Recordings. Check out more of her solo material and DJ mixes below.

Previous Mac DeMarco Channels Michael Jackson, Offers 69 Cents to “Another One” Cover
Next Stars of the Lid Working on New Album