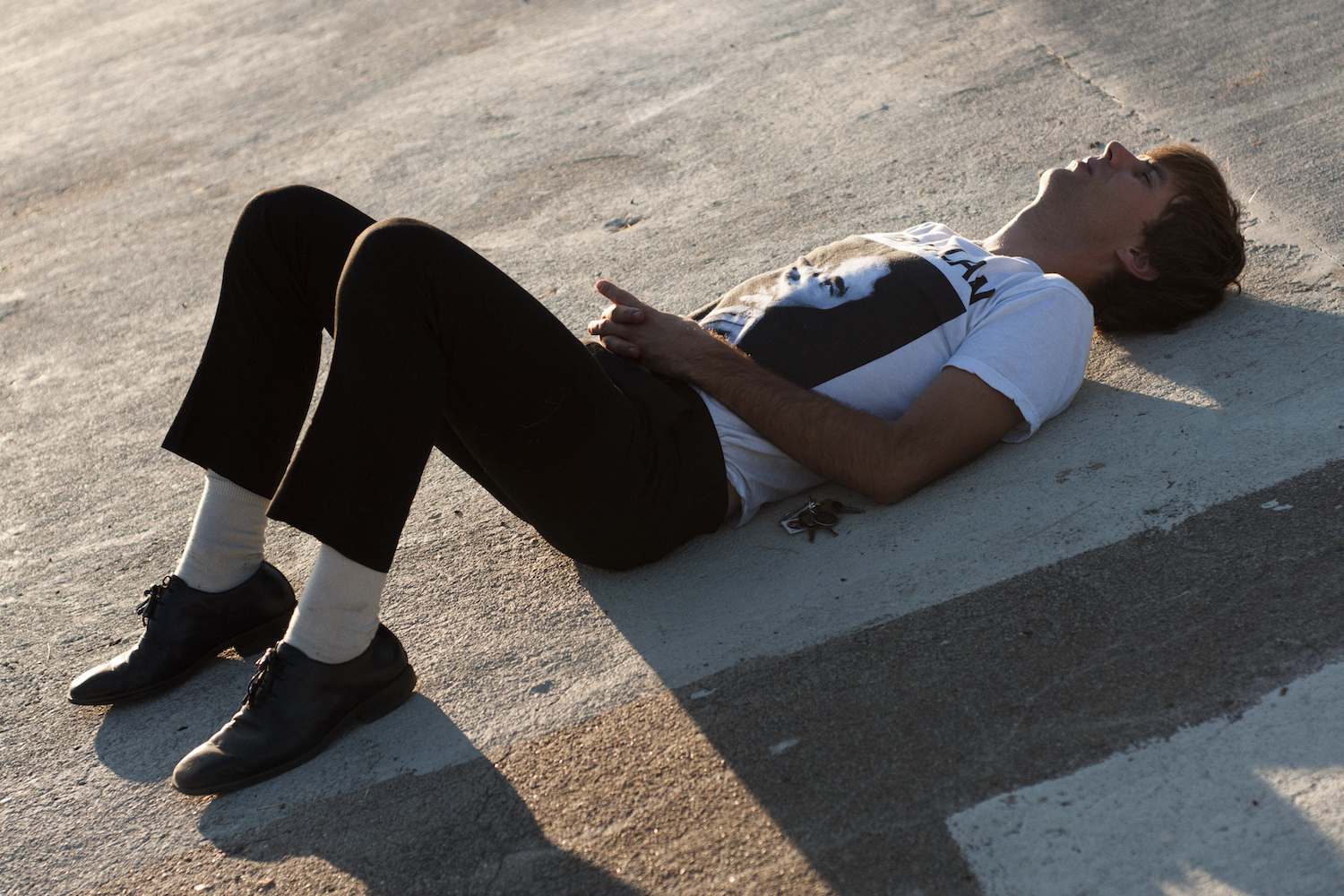 Pencils Down is an ongoing feature where we ask artists to write an open-ended essay about a topic that circles back to their music in some way. The following piece is taken from our free iPad magazine; it finds Nick Thornburn discussing his obsession with death, which has influenced everything from his five very different Islands albums to the cult favorite LP Thornburn recorded—and is about to revisit—with The Unicorns a decade ago…

Top 5 Lyrical Nods to Our Own Mortality on Ski Mask:

1. “Wave Forms”
No wave forms/ Out here adrift amidst an endless sea/ And there’s nothing/ To return to/ You’ll find me floating endlessly

2. “Death Drive”
I’m gonna take a ride/ A holiday to fall away/ Damn it feels good to drive/ All the way, in every lane

3. “Nil”
When I’m drowning I like drowning alone/ Don’t need no one to tell me to pull up the rope

4. “Here Here”
Sad as a pretty lake/ Dried up and frozen/ Into a snowflake

5. “Of Corpse”
A pillar fell/ A requiem/ To my poor health/ Surrounded by so much wealth/ What a way to go

I suppose I like writing about death, at least in song. It finds its way into most of them. Maybe all of the songs I’ve ever written have featured the topic in some way. It goes without saying that Death-capital-D is something we’ll all experience in a multitude of ways; its commonality a conversation starter. I wouldn’t say I have a fraction of the same weight of someone like Heidegger or Bergman, but I find many things to say on the subject. Life is horrible. Death is inevitable. The whole thing can be kind of beautiful, in a silly, futile way.

“Of Corpse,” the ninth song on Ski Mask, deals with death in its most feeble and mortal state. The opening lines were gently lifted from a Cornel West speech I saw him give years ago in New York. He basically said we are born “featherless, between urine and faeces.” In that same way that death can be a blind, impotent assailant, it can also be a very daily part of people’s lives. To quote myself—because what’s cooler than that?— “Life’s not a gas/ It’s a gas chamber” (from Ski Mask‘s “Winged Beat Drums”).

Of course, death is always intrinsically tied to life. Life is probably more a part of death than the other way around, since death lasts a hell of a long longer. Why wouldn’t I be obsessed with it as subject matter? Maybe I’m drawn to it, because it feels so vague and illusory, at times. The idea of impermanence doesn’t really factor into quotidian life; its prosaic routines usually hum along at a pleasurable level somewhere in the foreground, while the Big Gaping Hole of Death looms large in the distance.

I was in Africa performing a concert in May of this year, in one of the poorest countries in the world, Malawi. In the ’90s, there was a AIDS pandemic in Malawi and people were dropping like flies. An entire generation was wiped out, yet the music that has come out of that country, and the songs we heard while there were joyous to a point of transcendence. There seemed to be an almost rebellious, defiant nature to the music, and a deep awareness and solemn respect of death. I tried to write uplifting songs of joy and defiance after returning from Africa, and I tried to achieve that same state of mind, but it seemed futile. I kept returning to death as my muse. And for me, rightly so. Death commands us to acknowledge it. It beckons to us and requires us to love and admire it. We address it as the supreme conclusion that it is, and it summons us to face it, to name it. In that way, it reveals a greatness within ourselves. And when we return to the state of (non)existence we left behind at birth, maybe we’ll have picked up a few things along the way.