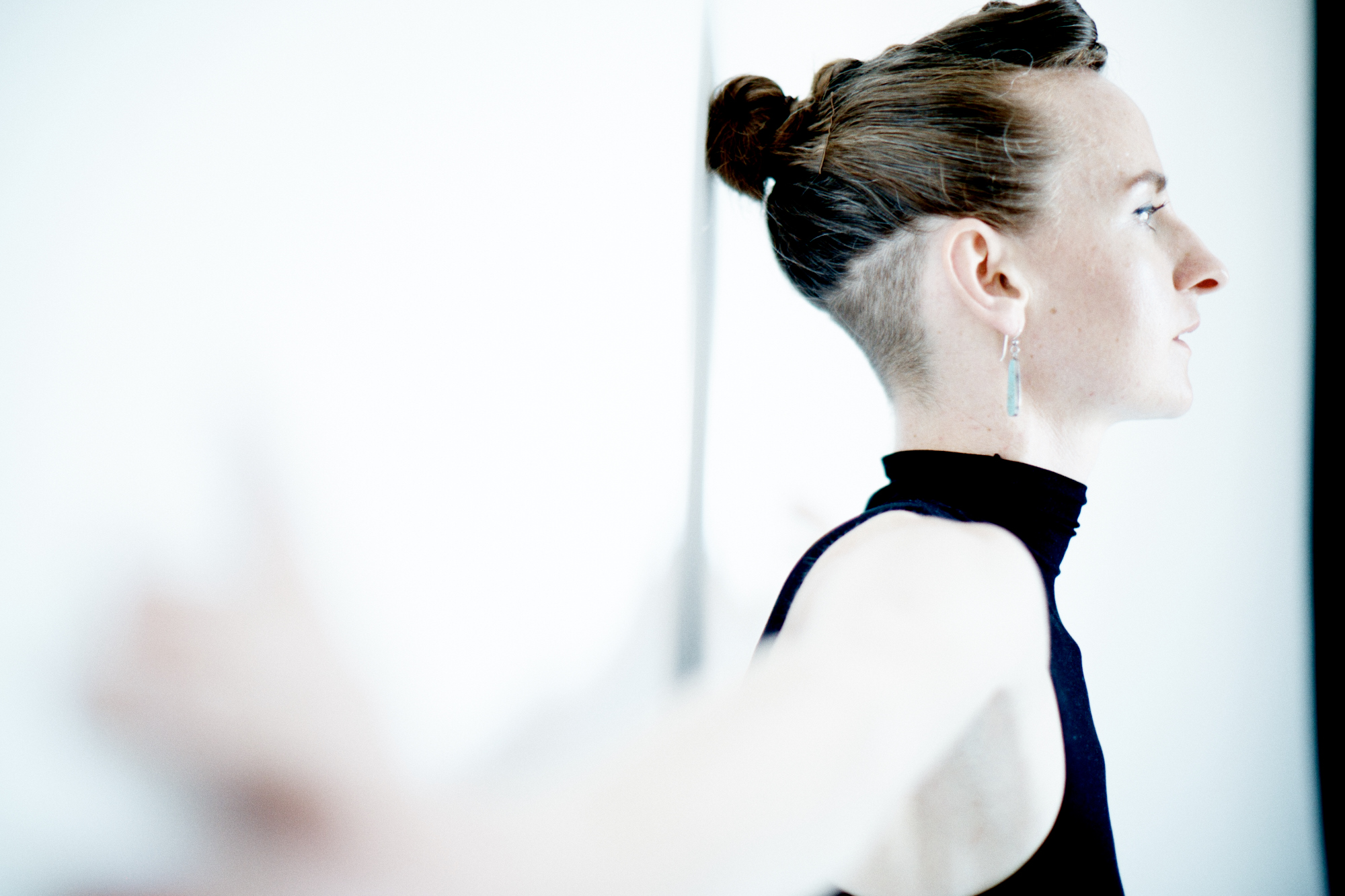 When Katie Gately first sent over the liner notes for her Needle Exchange mix, we weren’t sure what to make of it. Six songs? That’s it?

But we quickly realized how irrational that reaction was — how we’ve become a bunch of Fidget Spinning brats, a restless algorithm unable to sit through an entire album, let alone six tracks spread over 45 minutes.

If anything, Gately’s set is more of a proper mixtape, a deeply personal dive into the music that moves her, in the hopes of cutting straight through the bullshit and making us actually feel something besides the innate need to check today’s like counts and yesterday’s unanswered emails.

Gately’s dizzying new record (Loom, now out on Houndstooth) is also a rewarding listen once you mute the rest of the world and let it truly sink in. Highly theatrical and heady, it peaks with a 10-and-half-minute piece (“Bracer”) that unfolds like the entire first act of a play, and keeps us glued to its experimental grooves and mesmerizing vocal melodies during the rest of its running time.

Here’s what Gately had to say about her mixtape selections, followed by the producer/singer’s upcoming tour dates and a streaming version of her entire album….

TREVOR POWERS – XTQ IDOL
My most listened to song in the past couple years. It grabbed me by the armpits and threw me into the sky. There is a unique engine inside this song; it’s made of mysterious plastic and rich soil. The grittiness and melodies pair like a chocolate-covered pretzel. (Which I consider a godly creation!) Every processing choice is given its own moment in the spotlight. It has space and doesn’t rush. I both admire it and am deeply moved by it.

MARCUS FJELLSTRÖM – PLANCHETTE
I discovered Fjellström posthumously and it is so sad he died so young. I still don’t know why or how, and it makes his music even more mysterious to me. I froze when I first heard this track. His music sounds 100 years old and 100 years in the future. Like worms of metal dancing in your skull. All his work is phenomenal, but this track really takes you through a wonderful tunnel of noisy dancing.

THE ASSOCIATES – A GIRL NAMED PROPERTY
I’ve never been compared to the Associates (probably cause I don’t deserve to be!), but Billy Mackenzie is the vocalist who has had the biggest influence on me. I listen to this song anytime I am going to practice singing because he goes right to the edge (and sometimes over it!), and he lets emotion precede pitch, which feels right to me. He sings like a balloon that is about to burst. It’s theatre and I love it.

KAREN GWYER – RIBBON ON NECK
The first time I heard this I was in the bathtub (where I do all my best listening!) and I almost damaged my computer with wet hands trying to figure out the song. (It auto-played after a Spotify mix.) Such a wonderfully strange, creeping, slithery, sinuous jewel. Floating above any force of gravity, elegantly curving and swerving, sustaining and maintaining. Gwyer really knows how to create mood with sparse elements.

ANNE MÜLLER – BEING ANNE
Who wouldn’t want to be Anne? Someone who can create this much treacherous glory. A silk coat made from a cello? Sea spray on your face in the darkest evening? It oozes blood and pulse and wicked slowness. A wonderful introduction to a lovely record that I hope people will check out. She is amazing.

CATERINA BARBIERI – GRAVITY THAT BINDS
I have never been into instrumental synth music because it can be hard to hear the individual behind the arpeggios. But Barbieri makes synthesizers sound like they have unrepeatable, human fingerprints. I hear a blood type in this music. I smell the sweat of an individual. This track in particular is so gorgeous, gentle and wide. There is a large heart behind this.