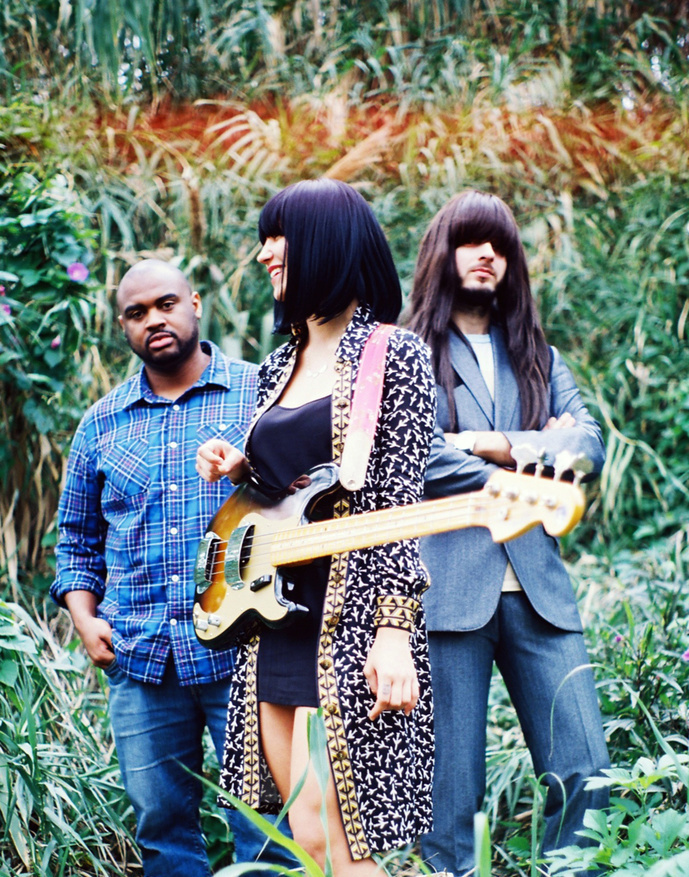 Late Night Tales has mostly stuck to its namesake mix series over the past 14 years—artfully curated sets like Nils Frahm’s upcoming compilation—but this fall’s Khruangbin LP serves as a reminder that the UK label deals with original music directly as well.

The difference here is how Bonobo brought the Houston trio full circle with its future home by including their “A Calf Is Born In Winter” single in his acclaimed Late Night Tales album a couple years ago. The standout selection helped spark the band’s record deal and last year’s The Infamous Bill 10”, as did a sound that’s admittedly indebted to the rare Thai grooves we all know and love.

Now we’ve got the first visual taste of their full-length, the gossamer pop tune “White Gloves,” which also happens to be the first Khruangbin cut with actual lyrics and smoke-trailed hooks.

“We never really thought of ourselves as having a ‘singer’ but we knew that we wanted a voice for Khruangbin,” they explained via E-mail. “We decided to write about something close to us, tell a story as simply as possible, and sing it together. We created the footage for ‘White Gloves’ many years ago by creating a video feedback loop with a VHS camera and an old television. We always wanted to use it in some way with Khruangbin, and after all of this time, it found what it was missing. It lets the story and the song speak for themselves.”