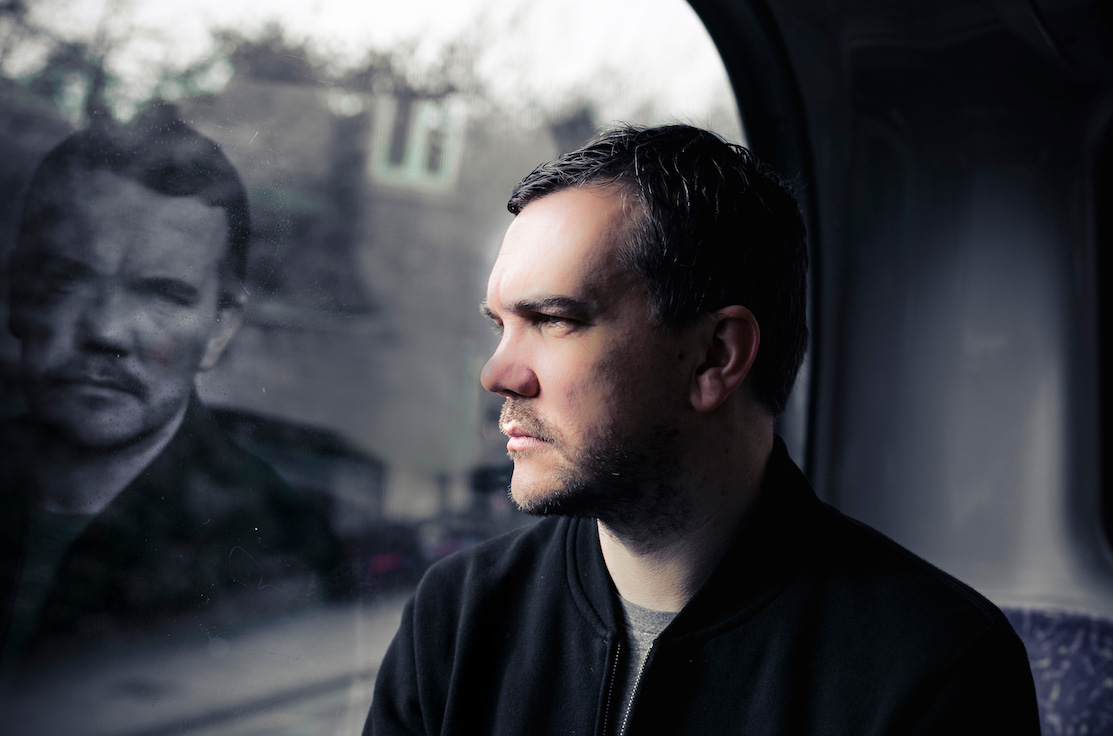 After spending the past year supporting the scorched techno sounds of The Power and the Glory and the 10th anniversary of his Perc Trax imprint, Ali Wells is back with a new Perc EP that’s as prickly and politically charged as ever. Available to stream in full below alongside Wells’ track-by-track commentary and the caustic artwork of Adult Art Club’s Jonny Costello, Gob is—to quote Perc Trax’s own catalog-spanning compilation—the sound of everything slowly exploding, reducing the very idea of “technoise” to absolute rubble… “GOB”
This is the track that most clearly represents my mood as I worked on this EP during the build up the UK’s general election this year. The voices of the main party leaders are layered to the point where their words are indecipherable and their messages meaningless. The EP is not meant to have a clear message instructing people to support a certain party or ideology; instead it is a comment on how the convergence of the main political parties positions leaves voters confused about their individual stances and pushes us towards a politics based on personality rather than issues. The pad sound that you can hear in the introduction and breakdowns is treated with a constantly descending Sheppard tone affect, an attempt to represent my ongoing disconnection from the main UK political parties. “GRUEL”
This is the only track on the EP that does not contain any politically sourced vocal samples. It is the most clearly focused club track out of the three tracks and I was always aiming for something with energy, drive and noise, but always under control. The sudden changes remind me of how aggression can suddenly ignite after a situation simmers away for a long time. For me, “Gruel” fits in between my tracks “A New Brutality” and “Take Your Body Off.” It has a chaos of the former with the more channelled club sound of the latter. “CHANGE TO WIN”
This is something more abstract than the previous two tracks. Whereas “Gob’ cuts cleanly between the track itself and the political speech; “Change To Win” is an ongoing struggle between the speech, the noise percussion and the synthetic pad sounds. Compared with the rest of EP, this track came together very quickly. The edits were intuitive rather than considered, a freedom I often feel when I know a track is not intended for DJ play.