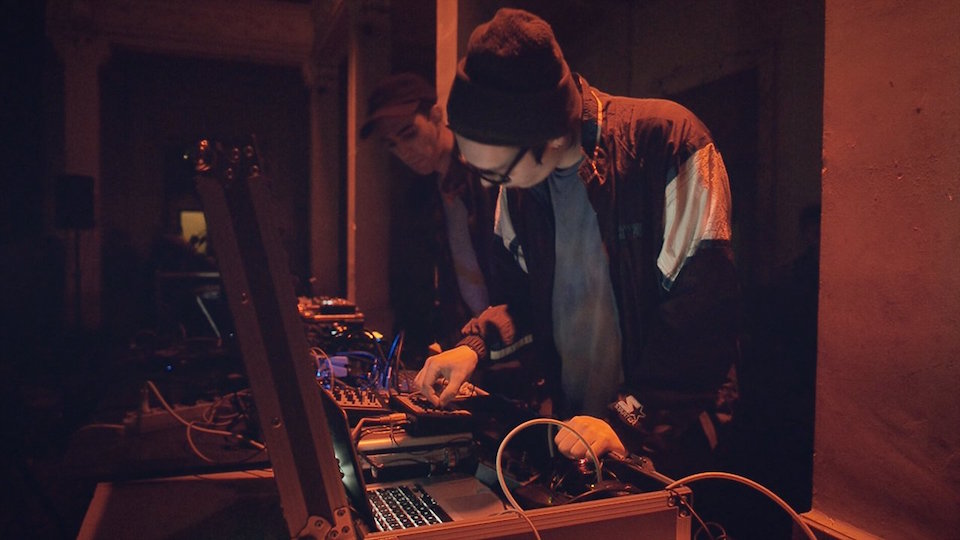 Cage Suburbia call their music “punk rock for the paranoid age, insurrectional party music, intelligence research for the funnier side of destruction.” Which is anothr way of saying that if Hackers came out tomorrow, and starred former members of Anonymous instead of Jonny Lee Miller and Angelina Jolie, this would could be its soundtrack—a barrage of broken-down sample banks and brink-of-destruction beats.

“COPKILLER”
120 BPM to get the rave started. 808 and a shitload of feedback. The vocal sample is from the 1984 film Decoder, a true milestone in psychic/media warfare.

“BLACK OPS”
Played with an AKAI S5000 and a couple of cheap drum machines. It could be described as our personal tribute to Christoph De Babalon, particularly to his album If You’re Into It, I’m Out Of It, which we’ve been listening to ad nauseam. It ended up influencing our music research a lot, both in our solo outputs and in our joint work as Cage Suburbia.

“THE VAULT” / “20134, 56 MI”
Two fast, distorted bangers to inflame the raving. Our main sources of inspiration for these were the Fallout series and racing games. While DJing, we love to play them along old Woody McBride records and several Drop Bass Network releases.