King Midas Sound Make Us a Mixtape of Poetry and Drones 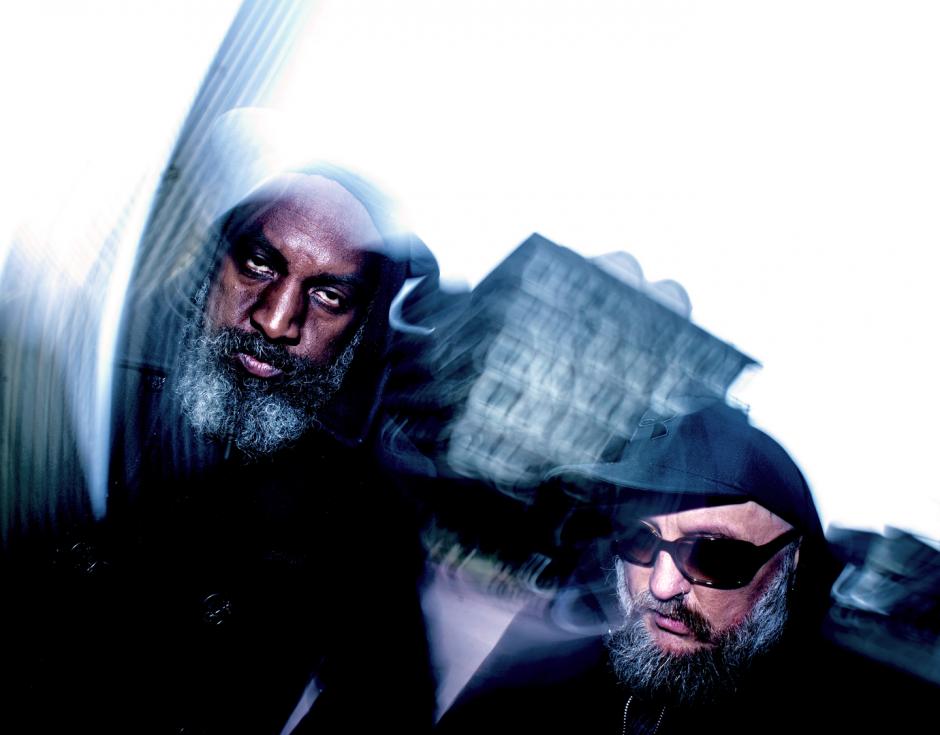 While it may not be the most festive album for Valentine’s Day types, King Midas Sound’s newly dropped Solitude LP is a spare and unsettling meditation on what love is really love for many of us. The album is also the purest representation of its two core members—producer Kevin Martin and vocalist Roger Robinson—yet, so we asked them to weigh in on what poetry and drone pieces fuel their creative fire. Check out KMS’ YouTube mixtape below, and an exclusive stream of Solitude in full over at Wire….

The Velvet Underground – Venus In Furs
The first ‘drone’ track I remember, along with Iggy and the Stooges’ “We Will Fall.” The sustained wall of sound from John Cale’s viola hypnotized me immediately.

Earth – Earth 2
As I once told Dylan [Carlson], I wasn’t prepared for this album when it first came out…. But all my initial criticisms—it’s one-dimensional, repetitive, sludgy, grey—are exactly what ended up captivating me. This was the blueprint for the whole drone-metal scene.

Alice Coltrane – Journey In Satchidananda
Tanpura bliss. Liquid, psychedelic jazz—transcendental to the max—this track is a work of sheer, blissed-out beauty. The harp playing is like a transmission from the heavens.

Coil – Time Machines
Coil (RIP) and Drew McDowall supposedly composed this as the soundtrack to a variety of
hallucinogenic drugs. I’ve lost time and my mind to this album many times. Kaleidoscopic tone poems.

William Basinski – The Deluge
Sheer glacial seduction. The piano loops balletically dance round my head every listen, as Basinksi proves time and time again, that he is a cyclical don dada.

My Bloody Valentine – Sometimes
Opiated dream-pop, which fitted perfectly into Coppola’s hyperdelic view of Tokyo for Lost in Translation. Blurred, smudged, distorted melancholia to get lost in.

Ligeti – Atmospheres
Cant remember if I heard this before seeing 2001 or vice versa, but either way the orchestral tension formed from explosive peaks and heart-stopping crescendos chilled my spine permanently, and disrupted lateral time relentlessly. Unforgettable. Terrifying.

Tim Hecker – Ravedeath 1972
Unforgivably, Tim Hecker hadn’t been on my radar til this release…. The contorted, distorted church organs—knee-deep in FX—provide a truly sacred atmosphere, whilst the periodically jarring, volcanic eruptions of drone made the turbulence particularly addictive. Beautiful and destructive.

CD Right – Tours
The tooth metaphor in this poem has stuck with me so strongly that every time I brush my teeth I think about it.

Lou Reed, Romeo Had Juliette
“Venus In Furs” is one of my favourite songs so it’s good to get this urban slice of life poem from Lou Reed. Let’s not forget he studied with and is influenced by New York poet Delmore Schwartz.

Todd Boss – Constellations
I quit like the sentiment in this poem, but also how the rhymes make it move like bursts of shooting stars.

Sandra Cisneros – I’m On My Way to Oklahoma To Bury a Man I Nearly Left My Husband For
This poem is so honest it hurts. It feels like overhearing a dark, long-held secret full of deceit, lies, and pain. Sandra Cisneros is better known for her worldwide hit novel The House On Mango Street.

Dennis Cooper – 3.45 am
Our album Solitude was based on the idea of saying terrible things beautifully. No poem could express that better than this Dennis Cooper poem. Known for his graphically violent novels, I was struck by how tender this poem is.

Ismael Reed – Judas
A warning in the form of a prayer, letting Jesus know that he should be careful who he lets into his crew. Ishmael Reed is more well known for his novels, but even before that he was a renowned poet.

Sylvia Plath – The Moon and the Yew Tree
Wow—Sylvia Plath. Apparently stuck in her writing, her poet husband Ted Hughes told her to go outside and stand in a cemetery and this poem was a result.

Kamau Daood – Deep River In Her Voice
Man this music is beautiful, and his voice so mellifluous behind it. I think of him more as a word singer at times more than a poet. I’ve also read the poems without his beautiful voice and they stand up just as well.

Wanda Robinson – Parting is Such
A lesser known soulful poet from the ’70s. Nevertheless she has two solid albums of poetry I know about. I found out about her through Beans from Anti-Pop Consortium.

Nikki Giovanni – Ego Tripping
Nikki Giovanni has a few poetry albums but is better known for her books of poetry, and her bitter feud with revolutionary poet Amiri Baraka. This track is a sample waiting to happen, though.