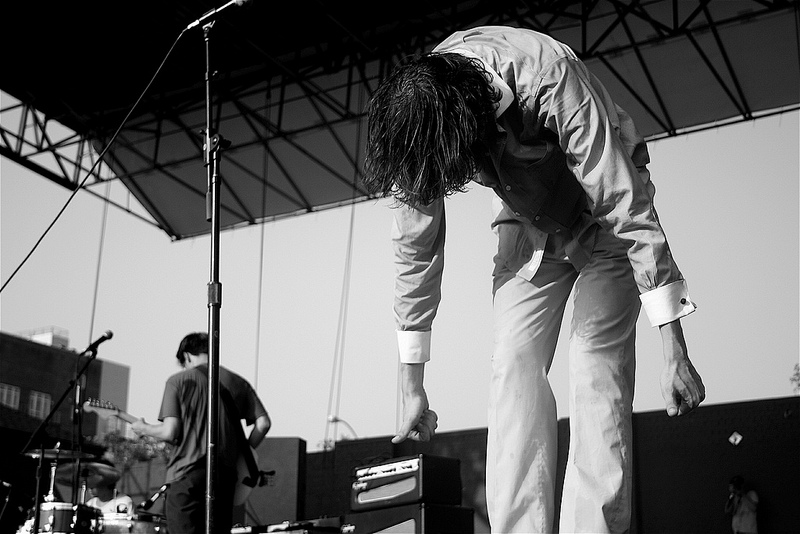 As longtime fans of Liars, we’re happy to report that the band’s finally reissuing their first three records on vinyl. The first one’s a no-brainer in the new millennial disco-punk department (the decade-old They Threw Us All In a Trench and Stuck a Monument on Top), but things get really interesting with the other two LPs. While They Were Wrong, So We Drowned was widely considered a self-indulgent mess in 2004–an unflinching fuck you to the ‘Brooklyn scene’ they left for Berlin–it was later declared a towering achievement of absolute genius. (During an interview for a self-titled cover story, the band even claimed that ATP asked them to reprise it for their “Don’t Look Back” series. They declined.) Meanwhile, Drums Not Dead is decidedly damaged but downright beautiful, a percussive masterpiece of dread and release that remains just out of reach.

All three albums are now available through the band’s UK store, although shipping is a little rough from there to the U.S., so here’s another option while supplies last. Liars also have a new “Brats” single on the way with remixes from Cadence Weapon, Vessel and David Scott Stone (Melvins, LCD Soundsystem). Grab one of those tracks for free below, along with Spotify streams of the reissues…