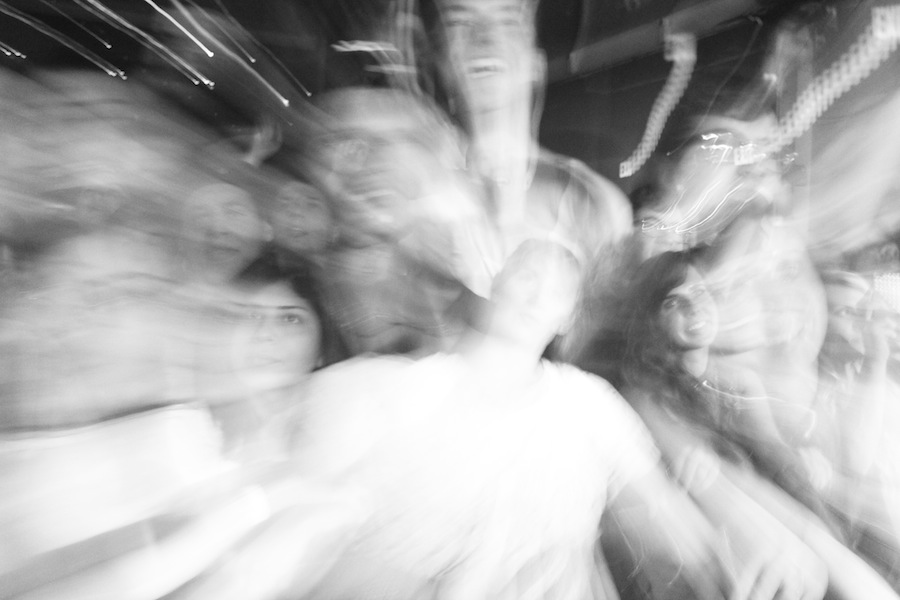 Nearly a decade. That’s how much time has passed since Bloc Party officially formed, marching in time to the emerging ‘disco-punk’ movement and delivering what will forever go down as their finest hour: the clatter and clang of “Banquet,” which turned Terminal 5 into a sea of smiles that couldn’t be contained on Wednesday night, dignity be damned. The same reactions flooded such fan favorites as “Like Eating Glass,” “This Modern Love” and “Positive Tension,” a track that tapped a collective need for release with the chorus “so fucking useless!” Notice a pattern here? That’s right: all of those songs are from Silent Alarm, a record that’s retained its adrenaline shot peaks like the equally potent, scene-defining dance-rock debuts of the Rapture and LCD Soundsystem. Which isn’t to say it’s been all downhill from there. Yesterday’s set was spiked with singles from the band’s three other albums, including the helicopter hooks of “Hunting For Witches,” the liquified loops of “Mercury,” and the stuttering melodies of “Octopus.” That’d be their first taste from Four, a full-length that’s a nice compromise between Frenchkiss’ prickly post-punk beginnings and fairly recent–as in the last four years–move towards a more well-rounded roster.

Meaning: everything from the mercurial pop music of Passion Pit to the bloodletting nervous breakdowns of the Antlers. And then there’s the Drums, a band that’s always done better overseas and been forced to battle the assumption that they’re just a boy band back home. Given just a half hour to prove themselves here, they did their damnedest, with frontman Jonathan Pierce strutting across the stage to such sun-kissed  standouts as “Money,” “Best Friend” and “Me and the Moon.”

Check out our set of shots from both bands here, and some videos from Bloc Party’s performance down below…

Previous FROM THE STACKS: King Dude
Next DOWNLOAD/LISTEN: RiFF RAFF’s ‘Birth of an Icon’ Mixtape