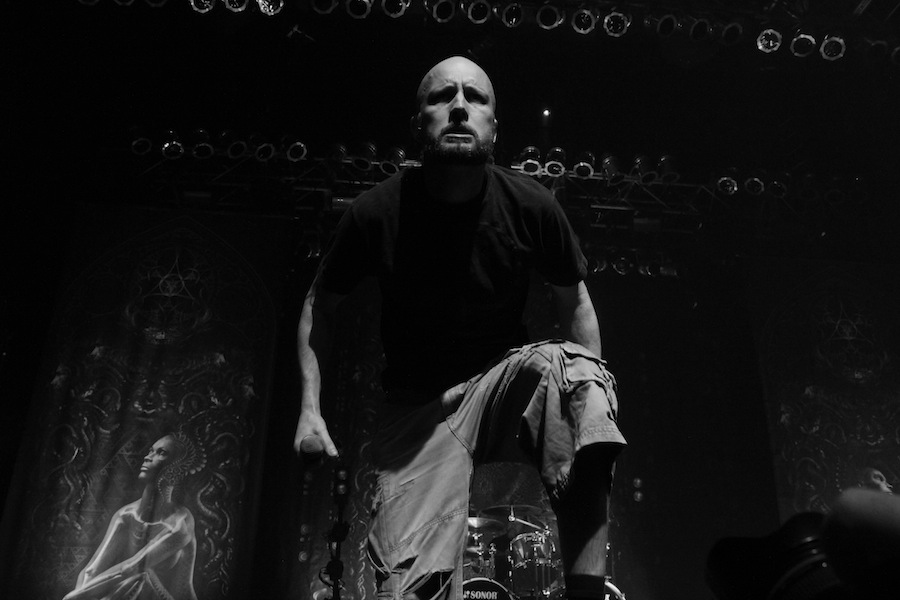 Sometimes you just need to see a metal show. That’s how we felt on Wednesday, as the previous night’s rhapsody in blue renditions of the White Stripes and Jack White’s new solo record–delivered by a backing band that’s still in its early stages–gave way to two very different visions of what heavy music should sound like in 2012. On the more traditional side of things was Meshuggah, Swedish underground extremists who essentially play variations of the same song very well, a polyrhythmic, rail-jumping tour of tech metal. Meanwhile, Baroness have steadily grown into Relapse’s most promising band since Mastodon. Challenging in a much different way than Meshuggah, Baroness lead their listeners through labyrinth-like passages that are as inspired by prog-rock and experimental drone music as they are by open-minded metal bands.

As someone told me afterwards, “I thought those Meshuggah fans were going to murder Baroness when they opened with five minutes of ambient guitar parts.” Maybe they would have if the group hadn’t chased those slo-mo progressions with the peaks and valleys of songs like “Isak,” “The Birthing” and the patient one-two punch of “Steel That Sleeps the Eye” and “Swollen and Halo.”

Check out a feature with Baroness in the next issue of self-titled. In the meantime, here are more photos from the band’s Terminal 5 show… Previous LONG PLAYER OF THE DAY: Public Image Ltd., ‘The Flowers of Romance’
Next NEEDLE EXCHANGE 101: An Exclusive Mix By … Protect-U