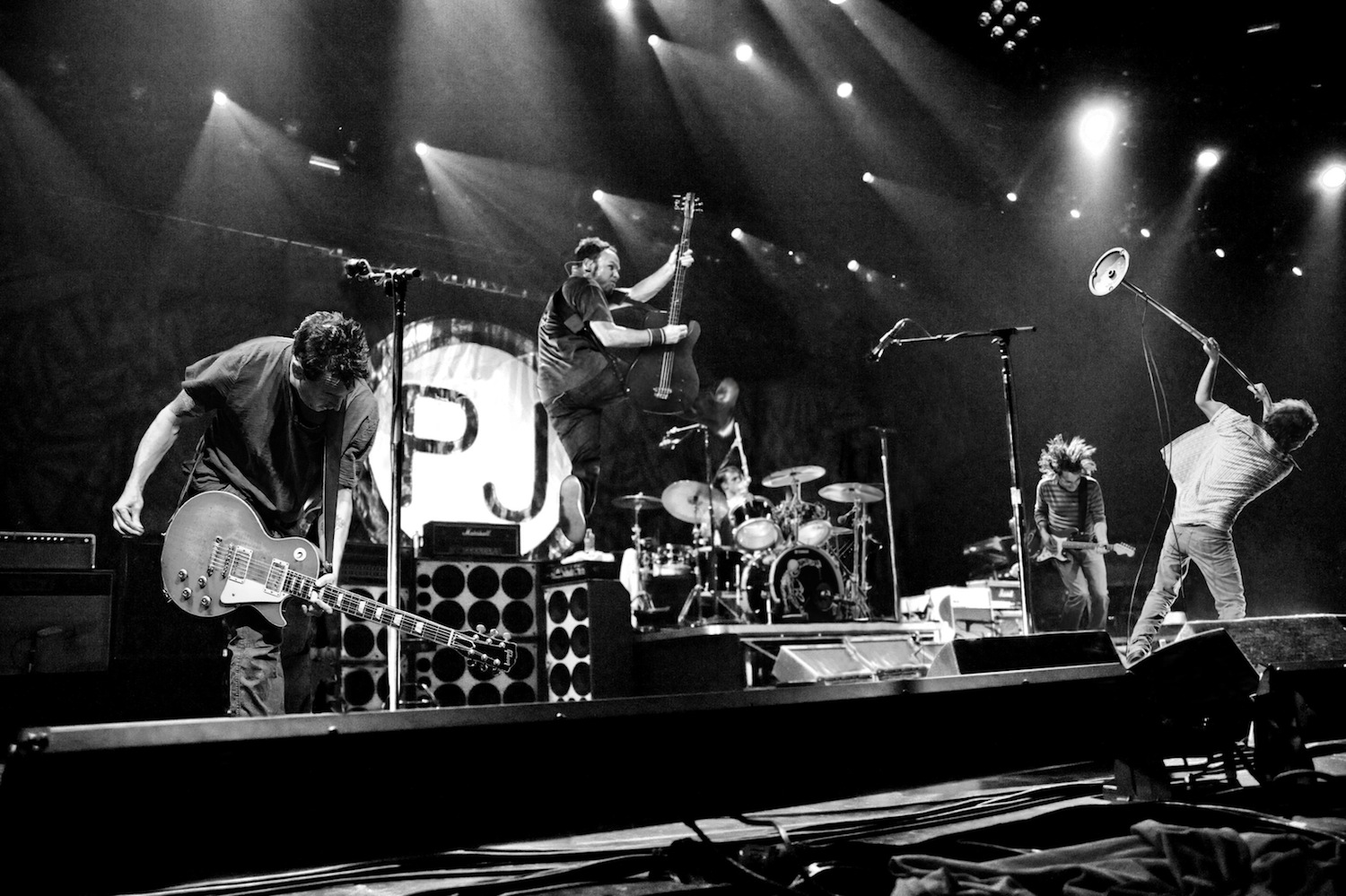 No matter what the night is, Pearl Jam has always been able to break into a frenzied pace at any moment, with frontman Eddie Vedder leaping across the stage and into crowds like he did in the band’s “Evenflow” video decades ago.

That would come later at Brooklyn’s Barclays Center on Saturday.

When the Seattle-based band opened their set with “Pendulum,” a mellow song off the recently released Lightning Bolt, it merely increased anticipation for what was to come. As did a stage lit by rafter-strewn lanterns, making the space look more like a raw warehouse than New York’s newest corporate-sponsored arena.

Before that well-known song, however, Vedder paused for one of his many soap box sessions to recognize Dennis Rodman. Basketball’s former ‘bad boy’ stood just a few feet away on the arena floor, tossing a Mookie Blaylock jersey to the stage.

The band’s  connection to and affection for Blaylock is  well documented. He started his career with the Nets back when the team was still in New Jersey. Why the NBA’s greatest rebounder and North Korean fanboy was front and center is less clear, but who can argue with a six-foot-seven-inch “Worm” enthusiastically bouncing along to one of the band’s biggest hits?

Vedder, now in full form, swigged wine and swung from the glowing globes above him. The show closed with the stage ablaze in house lights and rousing versions of “Rockin’ in the Free World” and “Yellow Ledbetter,” as 17,000 strong watched themselves shout along to songs they’ve known for years. —Coulter Jones